High Voltage's David Pellas has counted up his favourite things, and shoved them all into Conduit 2.

On top of that the sequel does some good old fashioned one-upping, by counting up the number of, say, weapons in the first game, and then adding some more.

Joystiq arranged the pretinent figures into a rather delightful table, as seen below. 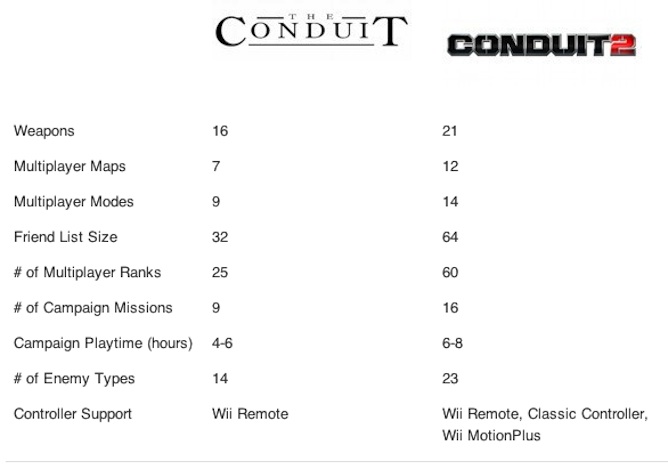