Microsoft has updated its Xbox Live content schedule, and the goodies start off today with the latest Kingdoms of Amalur: Reckoning DLC, Teeth of Naros as well as Games on Demand titles Kinect Joy Ride, Cabela’s Big Game Hunter 2012, NHL 12, and X-Blades.

Deals of the Week starting today are all LEGO based, with discounts on Batman, Indiana Jones, Star Wars: The Complete Saga, and Harry Potter all of which are 25% off.

The full schedule is posted below as well as on Major Nelson's blog. 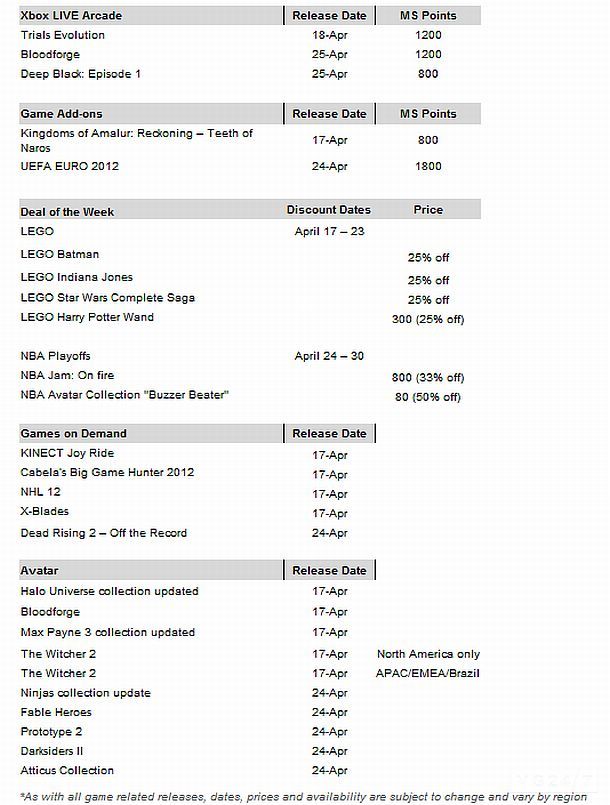