BioShock: Infinite writer and director Ken Levine speaks with VG247's Dave Cook about how his studio created one of the most anticipated follow-ups of the generation. WITH SPOILERS. 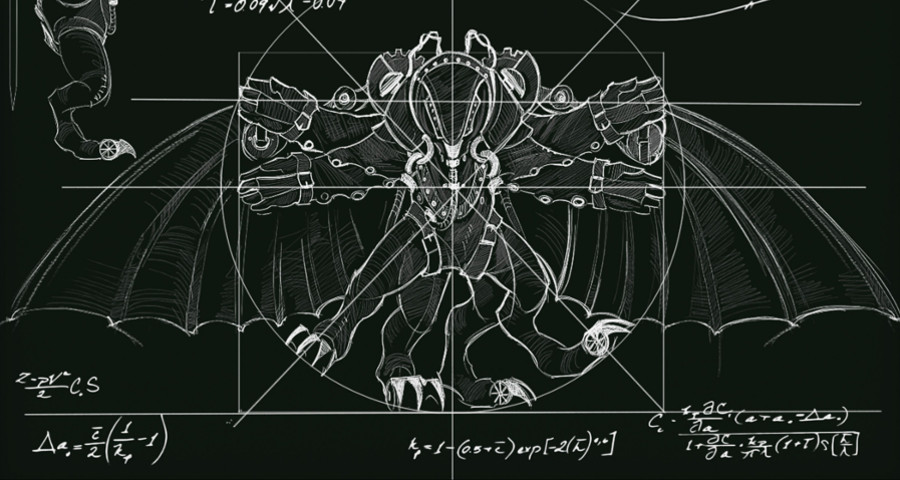 Ken Levine is one of those game developers people like to pin heavy expectations on. Like Warren Spector, John Carmack, American McGee and other 'named' figureheads, the Irrational Games founder is often found on the receiving end of pointed fingers. People often forget that it took an entire studio of talented bodies to create BioShock: Infinite, despite Levine's name constantly being placed at the fore. He is not solely responsible for the games his studio makes, but he's probably the only member of that team you could name on demand. The pressure then, is largely his to bear.

"Game design, level design and narrative really feed off each other. We don't write a story then build a game out of it. That's really not how it's done. It's done moreso in the DLCs were doing now - the Burial at Seas - because we have a much greater handle on our game systems than the beginning.

Expectations of Levine were riding high before BioShock: Infinite released. Not only was it the follow-up to one of the most celebrated shooters of the decade, it had to prove to BioShock 2 naysayers that the series still had legs. As I wrote in my appraisal of the final code, Infinite's plot blew me away and dragged me kicking and screaming through that 'shooter-heavy' final third. The finale was more than worth the effort, and in the end it was one of those experiences that lingered on the mind for days after playing.

I say this to people often, but while playing BioShock: Infinite I got the feeling that it wasn't an easy game to make - both from a mechanical and narrative standpoint. In the months running up to launch we reported at length about how taxing Elizabeth's AI was to nail down, how staff members were reportedly jumping ship, and on Levine himself regarding the gruelling writing process. I saw whole sections of the game behind closed doors at E3 2011 that never made it into the final game. This was clearly an endurance test for its creators, and I wanted to know more.

Luckily, Levine was in the UK a fortnight ago to receive the inaugural Lifetime Achievement gong at the Golden Joystick awards. With the award statue still cool in his hands, he called me for a chat about how BioShock: Infinite was made, how he approached the writing process and to explain all of the differences between preview and final builds. Before we crack on; THIS IS YOUR FINAL SPOILER WARNING.

"I've been writing since I was an early teenager," Levine recalled. "I've been playing games since I was tiny, as soon as I came out basically [laughs]. About six or seven years old I started playing videogames, but I never really made the connection between the two. What happened was, I was a screen-writer briefly and I wrote one screen-play that got made, that somebody bought. I wrote a whole bunch of them and nobody bought them. I had sort of given up on myself as a creative individual, then I saw there was an ad for a job as a game designer at Looking Glass. I applied for the job and they hired me."

Levine's tenure at the Massachusetts studio saw his name attached to such acclaimed titles as Thief: The Dark Project and the System Shock series. Both franchises took the first-person format and blanketed it in rich worlds teeming with deep narrative. It was a style that has sustained in Levine's work to this day, but it wasn't something he was able to express straight away. The notion that such an artful degree of writing could exist in gaming was foreign to the budding writer at the time. Regardless, Levine relished the creative freedom. 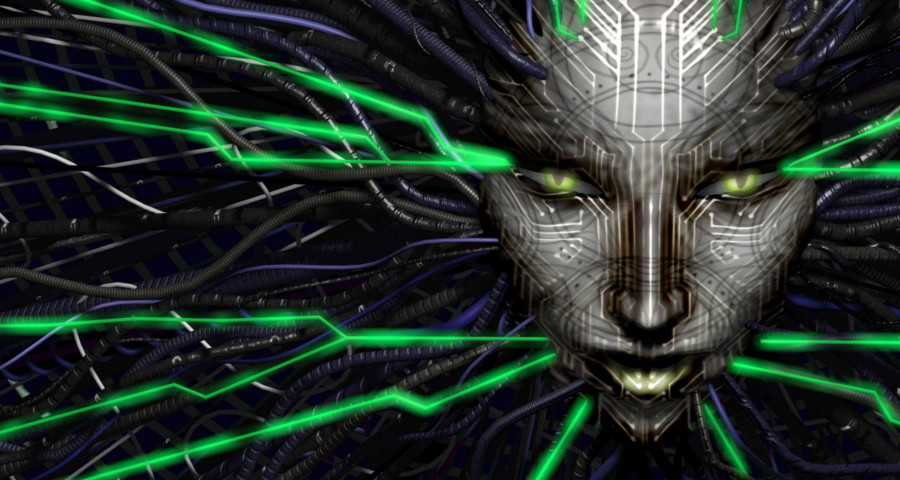 System Shock 2 is remembered fondly among friends, thanks in part to its villain SHODAN.

"There's creative freedom," he explained, "but very quickly I learned lessons about writing for games. There was a very technical form I had to understand. I remember the first game I worked on was a Star Trek game that never got finished, based on that TV show Star Trek: Voyager. I remember in my first week at Looking Glass they put me on writing the game and I wrote what you call a 'TV opener', which is that moment before the opening credits where they show something exciting happening then cut to the opening credits. The cliffhanger sort of thing.

"I wrote one of those very traditional Star Trek [openers]. The Voyager was attacked by some kind of - I don't know - Klingon ship or something like that. I can't remember the details, but I wrote the line that went, 'The other ship fires a plasma torpedo at the Voyager.' I remember writing, 'Janeway's eyes widen in horror as the plasma torpedo approaches.' My lead programmer, who ended up being one of the co-founders of Irrational Games, took me aside very nicely and said, 'Ken, here's Janeway.' He showed me a 32 x 32 pixel bitmap and said, 'Her eyes don't widen in horror.' [laughs]

"After testing we realised that people were just not connecting with the world. We were getting feedback like, ‘What’s this stupid world with all these guys and dolls characters, with all these stupid robots flying around?’ We were scratching our heads because we thought it was so cool, and then we took a leap of faith.”

"It was this really simple thing and I thought, 'Oh my god. I can't just write whatever I feel like writing. I actually have to think about form, work for the form and be a slave to the form. That's when I started to get really serious about the form and writing to that form."

This small revelation sparked Levine's interest in writing games and helped him understand how gameplay and narrative can become fused to create a more immersing experience. He explained that the game-writing process is as complex as say, penning a novel. It isn't a sequentially-written tome that is drafted start to finish. It's an iterative process that sees story arcs conceptualised out of order, moulded around emerging gameplay mechanics and then altered or scrapped if the pieces refuse to fit.

"Game design, level design and narrative really feed off each other," Levine stressed. "We don't write a story then build a game out of it. That's really not how it's done. It's done moreso in the DLCs were doing now - the Burial at Seas - because we have a much greater handle on our game systems than the beginning. We sort of know what we're getting into because it's DLC, without making substantial changes to the way the game flows. We know a lot of the basics that you wouldn't normally know at the beginning of game development, but in both BioShock and BioShock: Infinite the story actually evolved a lot very late."

Before I joined VG247 I had the pleasure of interviewing Levine shortly after BioShock: Infinite was announced. During the discussion he revealed that testers reacted negatively to the original BioShock's opening. Initially, the game saw Jack walking Rapture as he did in the final game, but there was never any explanation as to how he got there. The whole plane crash sequence didn't exist until mere months before the game launched in 2007. It was quickly added by Levine's team.

This is a perfect example of how writing can enhance the gameplay experience and vice-versa. Can you imagine what the intro to BioShock would have been like without that iconic bathysphere descent into Rapture? "After testing we realised that people were just not connecting with the world," Levine explained. "We were getting feedback like, 'What's this stupid world with all these guys and dolls characters, with all these stupid robots flying around?' We were scratching our heads because we thought it was so cool, and then we took a leap of faith, and that was because maybe players really didn't understand - deeply - how they got [to Rapture].

"We added a scene with the plane crash to really just give the player the most comprehensible entree into this very mysterious and intricate world. They can hold on to that plane crash because everyone hates a plane crash right? But we originally started in the ocean with this weird lighthouse and people were just like, 'Why am I here?' It's weird, you move one lever somewhere and five move somewhere else you didn't expect, but that was just a bunch of developers making a guess because we had very little time. I think in that case we made the right guess." 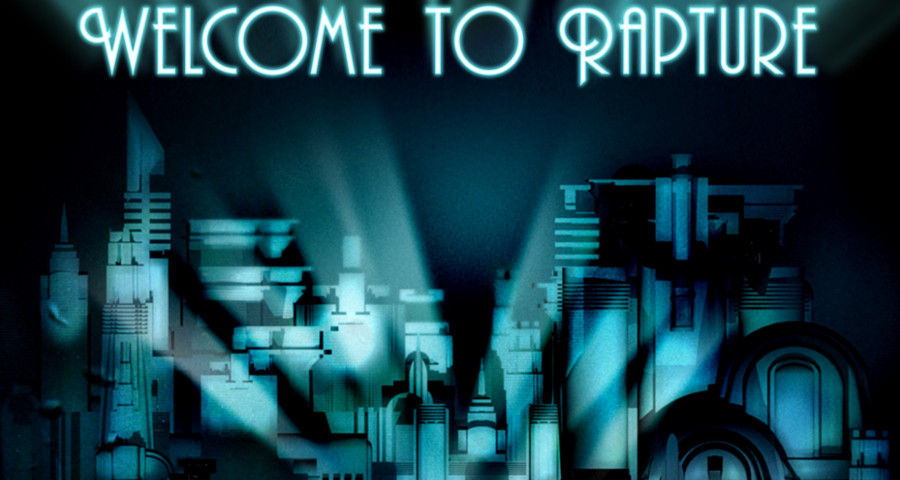 Plot coherency is a key factor in game development and it often dances with ambiguity. The uproar over Mass Effect's original ending proved that for many gamers out there, closure is more satisfying than a sly wink and a nod. BioShock: Infinite's reality-shattering tale of multiple time lines, warped dimensions and guilt isn't exactly light, but it's as deep as you want it to be. For Levine, keeping all the threads and arcs consistent presented a significant writing challenge.

"Yeah" Levine agreed. "That was one of those cases where we actually had a white board with diagrams on it. We knew what the story was at one point, but then question was, 'How do we express all of this?'" He explained that the idea of Elizabeth's missing finger came to him while out on a run, and how it could be used as a dual plot device. On one hand it was symbolic for how her reality-tearing gift made her different to everyone else, and on the other it helped drop the big reveal that she was, in fact, Booker's daughter all along.

"Just that one visual element took so much work for us," Levine stressed. "It carried so much weight for us, and also on top of that made Elizabeth a more interesting character. What's up with this woman? Why is she missing her finger? We saw this very beautiful thing actually. It was a photo of a woman who had lost her pinkie in an accident. She cosplayed Elizabeth at some kind of conference. She did this beautiful job of making herself up, making the dress and she had this thimble on her pinkie. It was just beautiful to see. She found something she loved and she incorporated it into her accident."

Levine added that simply writing Elizabeth's missing digit into the narrative wouldn't have worked quite so effectively, and it had to be doled out through visual or potentially gameplay-driven means. It was about subtle moments where you see her fiddle with it, and to get your suspicions running wild. In a way the majority of BioShock: Infinite's plot is ferried by red herrings, shrouded clues and half-messages that keep you guessing. The same is true for the original game, where Fontaine's "Would you kindly?" control phrase is thrust under your nose the entire time, yet you never saw the true meaning of the line until much later on.

Speaking of which, "Would you kindly," come back to the site tomorrow for the much larger and detailed part two of our BioShock: Infinite 'writing of'? In it, Levine and I discuss the game's deleted scenes, altered set-pieces, problematic mechanics and much more. You won't want to miss it if you're a fan.