The tease continues, as Cliff Bleszinski has posted more concept art for his mysterious next project.

The artwork shows a cityscape being largely obliterated by an enormous lightning storm. True to previous form, it contains few clues as to the nature of the new project. Check it out for yourself: 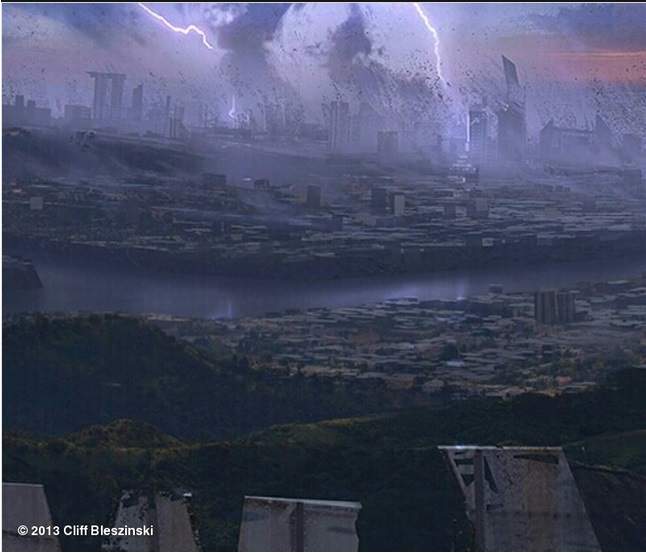 This image matches thematically rather well with the first teaser image released a couple of weeks ago, which showed an armed figure walking through a flooded canyon. The second image, of a sport involving giants and jetpacks, still makes no sense at all. You can view those images here.

EDIT: psxman has made the suggestion that this new image is taken from behind the famous Hollywood sign. What we can see is the top of the 'Y' and 'W.'