My weekend was gone in an instant... but at least it means I'm able to write this. Civ 6 is good.

Late last week I got access to Civilization 6, and, well... there went my damn weekend. I spent most of it sitting in the same spot, slamming my finger down on the return key. One more turn. And then another. The pattern was difficult to break.

I guess I can report that Civilization 6 is still the Civ many know and love, then. The build of the game I have isn't complete, so this isn't anywhere near a review, but I have been playing enough to talk about it. I figured over the next few weeks and as my preview build is updated I'd check in with a few updates as to how my Civ experience is going as we near launch - matches I've played, how I did, and thoughts on the game's new mechanics compared to its predecessor, which I logged nearly 300 hours in.

Currently the build I have access to is specifically limited to around half the Civilizations you'll find in the game, plus a limitation on the various map types and modes, including difficulty. For now, only the Prince difficulty is available, but that's the ideal bar for getting used to the all-new systems that have been added to the game and how dramatically the old systems have been adjusted and reworked.

I'll get this out of the way up top: I absolutely love the changes Civilization 6 has made to some of the systems of Civ 5. I think many would agree that Civ 5 was a great game but also suffered from its attempt to streamline things. It got better in the expansions, and Civ 6 seems to be building well on those foundations. 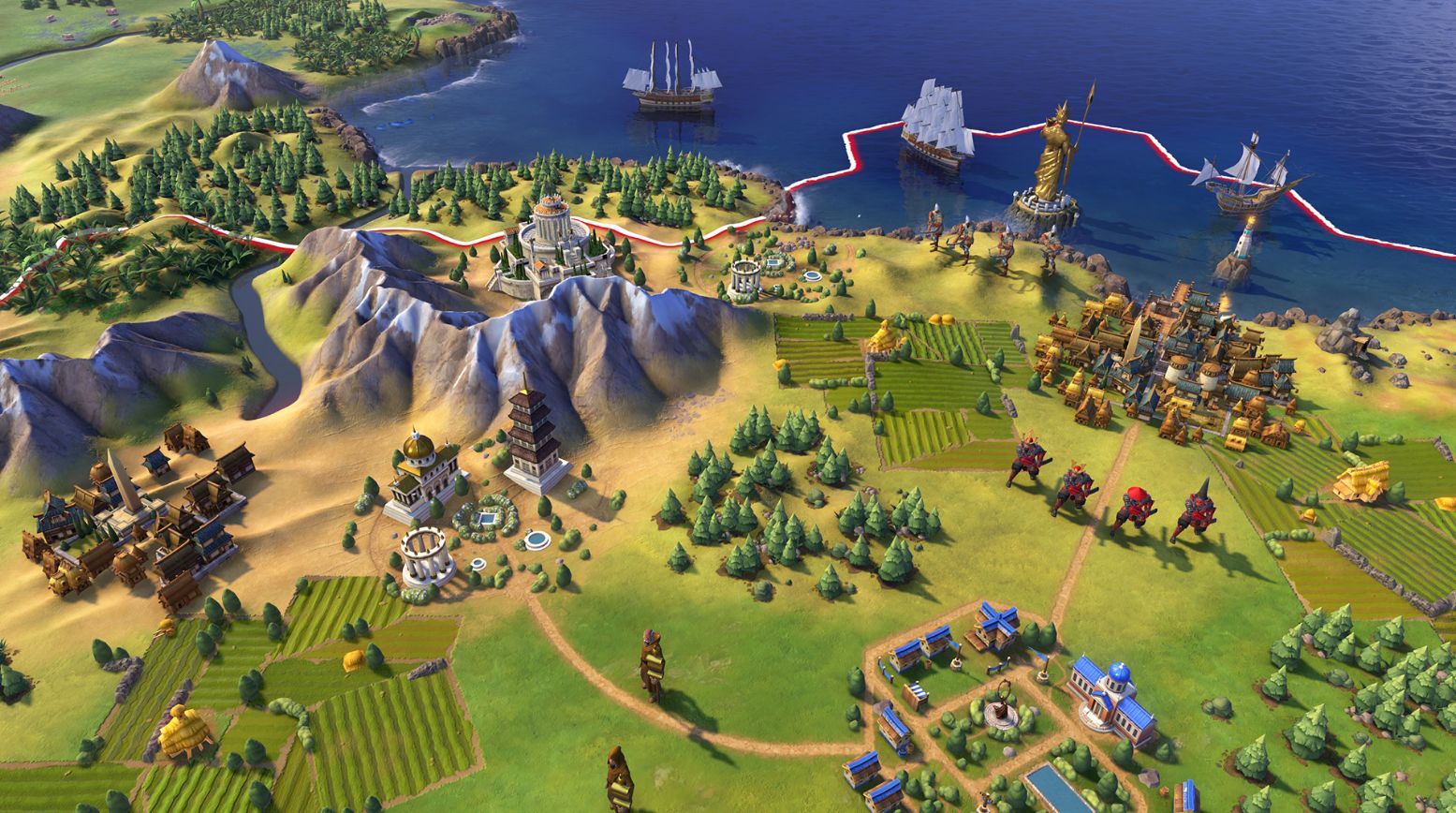 For my first game I picked Japan, led this time by Hojo Tokimune. Japan was always my favourite Civ in the previous game because of their special Bushido ability that meant their units fought at full strength even when damaged. That's now only the case for the Samurai, Japan's unique unit, but it seemed like a pretty good place to start all the same.

In my first save, I experienced disaster in the mid-game. The Civ AI for Spain is particularly aggressive about religion, and at what I'd consider the late part of the mid-game a fleet of missionary and apostle units flooded my borders. My borders were closed, but religious units aren't impacted by that sort of thing: those guys just swarmed in. There were maybe ten or twenty of them. A sea of units. That's always terrifying in Civ, and this proved to be my introduction to the new religion mechanics of Civ 6. It was a baptism of fire.

"The new district system is clever, with where you place them not only important in terms of map resources but also in terms of where they are placed compared to their peers."

The big new change for religion can be summed up as follows: Religion in Civilization 6 works a lot like combat does. There are only a few religious units by comparison to the combat ones, and they stay relatively static throughout the game, but what I mean is this: Religious units can now take part in combat... of a sort.

This is theological combat, and basically is represented by bearded religious prophet types summoning lightning bolts from the heavens to zap the religious units of an opposing nation. When a religious unit is killed the consequences can be pretty dire, as a religion's strength will drop worldwide, while the victor gains a similar boost.

You're still sending out missionaries to spread their word among cities, but equally important is protecting your own cities from such invasions. Much like the end goal of combat is to encircle an enemy city and bombard it, the end-goal of religion is to do the same. Now, as with war, you can get held up along the way by rival units. With religion there's no need to ever declare war, either.

In my Civ 5 mindset I was in no way prepared for the Spanish religious invasion, and little did I know that they were dangerously close to achieving the religious victory goal of being the dominant religion of every major Civilization in the game. Their apostles and missionaries flood my cities, and my religion is quickly wiped out. A few turns later, they become the dominant religion across the globe. Spain wins. Huh. 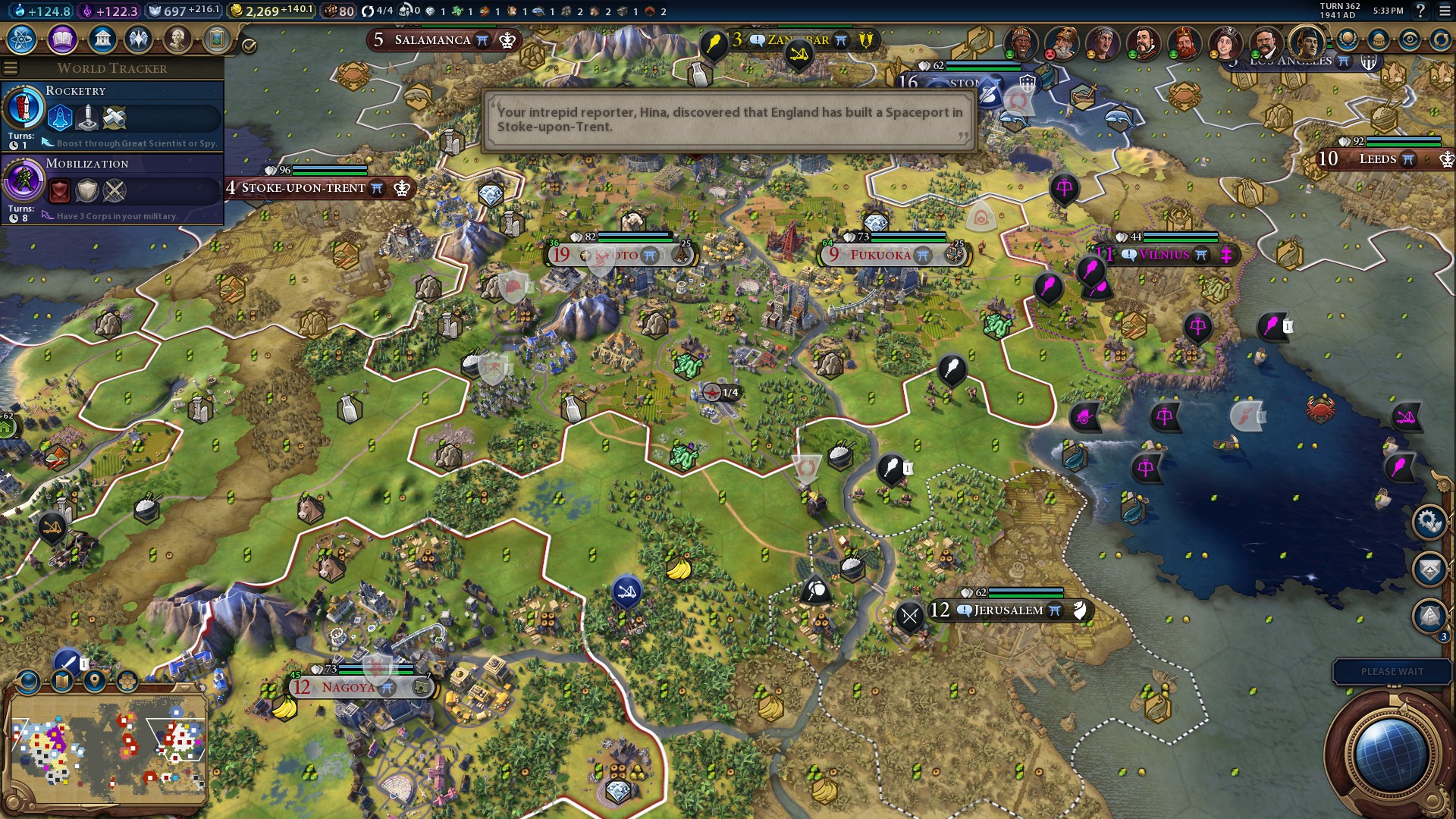 Challenge accepted, then: I kick off a new game and aim to do the same. It's in this that the new district-based system really comes into its own for the first time. With an actual aim in mind, I build Holy Site districts as a first order. These allow me to accrue faith more quickly, which is the currency you use to purchase religious units. I follow Spain's lead, trying to toe the line and keep the peace while building up a formidable and influential religion with a dominant culture as a back-up.

The new district system is clever, with where you place them not only important in terms of map resources but also in terms of where they are placed compared to their peers. Sitting a religious district next to a cultural district will actually have some inherent bonuses, as will sitting it next to wonders, which now have to be manually placed on the maps. These things can't be easily moved, so placement in the early game can have a drastic impact on your expansion later on.

"Civilization 6 somehow feels streamlined while also having me feel like I'm micromanaging and executing more direct control than previous entries."

It doesn't take me long to convert everybody else on my continent after a brief religious battle against the English. The big challenge comes in the late-game, where I'm behind on tech research and desperately trying to send a steady flow of missionaries to another continent while the English, aggrieved from our earlier overwhelming of their own religion, wages war on us with vastly superior units. In this conflict, I finally get to see how after researching certain civics you can now combine military units to create more powerful units that only occupy one tile, another new feature and one that helps me to fend off the threat.

I manage to hold the English at bay, and after a war of attrition to overcome the Germans and the Spanish, my religion becomes world dominant. I score my first Civ 6 victory, and it's using a method I would've never gone for in Civ 4 or 5 - I was never very interested in the religious metagame before.

So far, so good. Civilization 6 somehow feels streamlined while also having me feel like I'm micromanaging and executing more direct control than previous entries. I do wonder if the religious victory condition might be a touch overpowered, but I haven't nearly played enough to know for sure yet. The only way to know better is to play more, so... do excuse me. I'll be back with a video and another write-up soon.