EA has announced that Mad Men hottie Christina Hendricks and Sean Faris from the Vampire Diaries star in Need for Speed: The Run.

The game will feature the actors as lead characters.

Hendricks plays as Sam Harper, who is apparently, "a woman with ambition, street smarts and a penchant for lightning fast cars," and has fronted Jack, the story’s protagonist, $250,000 to enter into the race.

“It’s very exciting to be part of Need for Speed The Run," Hendricks said in the press release. "I’ve never been a video game character before so this is definitely a first for me. It’s been fantastic fun to do something so different and to show a different side of myself as well."

Sean Faris will star as main man Jack Rourke, who has a price on his head put there by the mob.

“I’ve definitely done my share of intense action scenes in movies but it’s totally different and thrilling to actually be a character and driver in Need for Speed The Run," said Faris in the same press release. "I got a kick out of seeing myself in the game, it’s totally me! I’m a huge fan of the Need for Speed series so I jumped at the opportunity to be a part of the game."

NFS: The Run will is out November 15 in North America and November 17 in Europe for just about every platform under the sun. A demo for it was released earlier today.

Check out a render of the actors below. 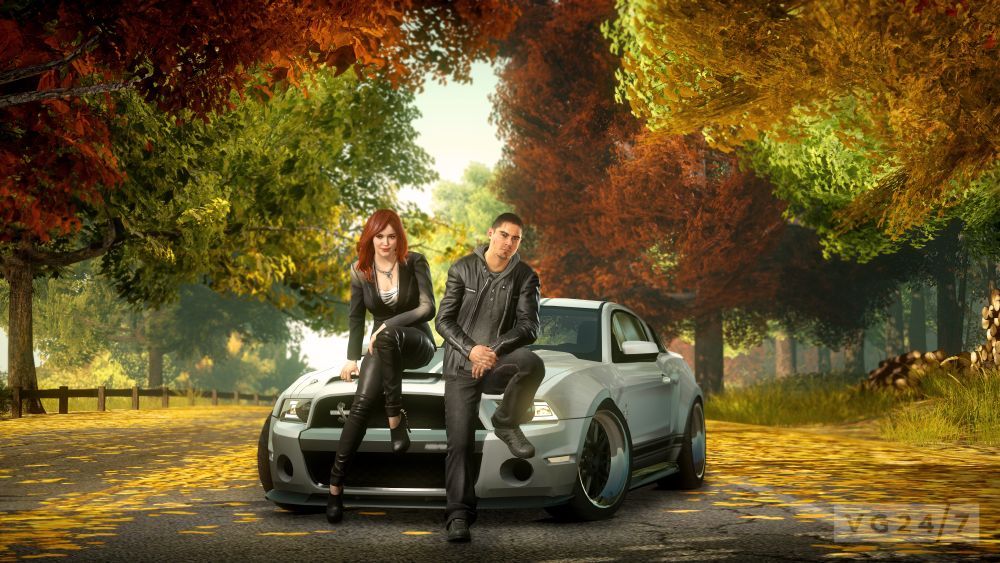