Chris Avellone is synonymous with Planescape: Torment, one of the most critically-acclaimed RPGs of all time, so it's little surprise that fans were clamouring for his return on inXile's spiritual successor.

Once the Torment Kickstarter hits its $3.5 million stretch goal, Avellone will be officially on board. So people better start pledging if they want to see his name on the credits.

As we learned in our first Torment: Planes of Numenera interview, Avellone was initially unable to commit to the project, due to his work on Obsidian's own Kickstarter Project Eternity. Regardless, Fargo wasn't going to let him go easy, and constantly asked him to re-consider.

"We never stopped pursuing having Chris involved," Fargo explained. "There was always a chance, but we never dared to hint that that was even a possibility. So we've stayed pretty straight-forward saying 'It's not going to happen', but meanwhile I was working behind the scenes, as was Colin [McComb] and Kevin [Saunders].

"Chris always had a desire," Fargo stressed, but said that it all fell down to Obsidian head Fergas Urquhart, who needed Avellone's expertise on Project Eternity. inXile had to work out what the scope of his role would be, and how he'd fit into the Torment production cycle. Eventually terms were met and joint custody of Avellone was agreed upon.

"He's going to fulfil two roles for Torment, "Fargo continued. "The first is he's going to review and provide feedback on all of the creative elements in the game - so that's story, characters, and areas. His input will be great for Colin, as he works out the whole detail of the game.

"The second capacity is that he's going to be designing and writing an eight companion for the game and work with Colin and Monte [Cook] to craft one that suitable, both for Torment and for the Ninth World. So those are the two things he's going to do.

"There's a lot more work for those companions than you might think. Because of their reactivity it's quite a bit of work." 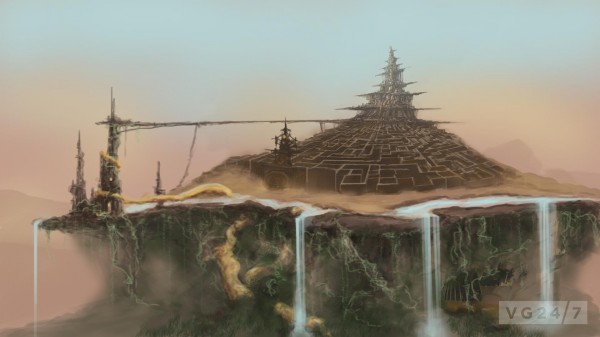 Torment: Tides of Numenera is becoming something of a dream team for Planescape fans, as creator of the Numenera pen and paper RPG Monte Cook is also on board. He'll be joining the project once he has his own Kickstarter product out the gate. Fargo was more than happy to explain the extent of his involvement alongside Avellone's role.

"Monte too, will be designing an area of the game," Fargo confirmed. "What we do is, Colin will lay out the basic foundation of the overall world. it's the same thing we did with Wasteland 2, where we had different writers for different areas. Chris has a couple of areas, Colin had an area.

"We typically work with different writers in different area. What's great about that from a design perspective is the game never feels the same. When you go to areas written by different writers we focus on continuity to make sure there's an evenness to it but creatively they feel very different."

The team is growing beyond Avellone and Cook, as inXile's Kickstarter goals keep on adding more writers to the pile, most recently Vampire the Masquerade: Bloodlines writer Brian Mitsoda and author of the The Kingkiller Chronicle trilogy Pat Rothfuss.

Torment is shaping up to be a fantasy RPG fan's dream. But don't get too comfortable yet, as we've got a lot more Tides of Numenera details from Fargo heading to VG247 soon. Stay tuned, you won't want to miss them.

Are you excited Avellone is on the team? Let us know below.

Torment: Tides of Numenera is slated for a December 2014 release on PC, Mac and Linux.