Call of Duty: WW2 may be going back to its roots, but not without introducing plenty for us to get excited about. 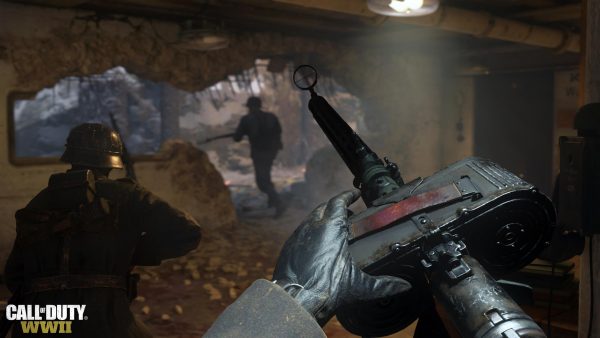 Activision may have showed the first Call of Duty: WW2 multiplayer footage during Sony's E3 show, but there's plenty more for us to see from the many who attended the event.

The publisher is allowing direct-feed capture, and YouTube is full of gameplay footage of Team Deathmatch, Domination, as well as the new War Mode. War is the most interesting mode in Call of Duty in years, and it's definitely the highlight of the footage so far.

In War Mode, you're tasked with completing narrative-driven objectives as you push forward in the map. These objectives varry from repairing bridges to detonating heavy weapons and everything in between. What's interesting is that it also includes an Overwatch and Team Fortress-style payload escorting part, with the payload here being a tank you must protect.

It looks really good, and definitely seems to offer something new. We'll start off with this video from Drift0r which gives an overview of the mode before showing uncut gameplay.

War Mode is only playable on one map at E3, so expect all footage of the mode to be of the same environment.

Jackfrags' video below has a mix of War Mode and Team Deathmatch. It starts off with War, and you get to see the objectives being taken as the match progresses.

There's a decent mix of bolt-action rifles and automatic weapons in there, too.

Finally, there's another video from Chaos that features more Domination gameplay using some of the new weapons such as flamethrower, the shovel for melee takedowns, and some of the new killstreaks.