We now have full details of the bonuses in Call of Duty: Modern Warfare's various editions.

As you may have seen following the reveal of Call of Duty: Modern Warfare, Activision announced three editions of the game, all of which are currently available to pre-order.

Since Modern Warfare won't be bringing back the season pass this year, many were left wondering what's included in the more expensive editions. The official description reads "Operator Edition premium digital items," but that doesn't really tell us much.

Fortunately, the Activision blog followed that up with a breakdown of what these digital items actually are. Modern Warfare introduces the concept of Operators, which is similar to Rainbow Six Siege's Elite sets.

Each operator has a unique look, background, voice line, backstory and comes with a cosmetic weapon variant. Both the Operator Edition and the Operator Enhanced Edition come with three Operator Packs.

Activision stresses that Operators won't come with any perks or skills that could affect gameplay; they're entirely cosmetic. The three Operator Packs announced so far are all inspired by the original Modern Warfare. 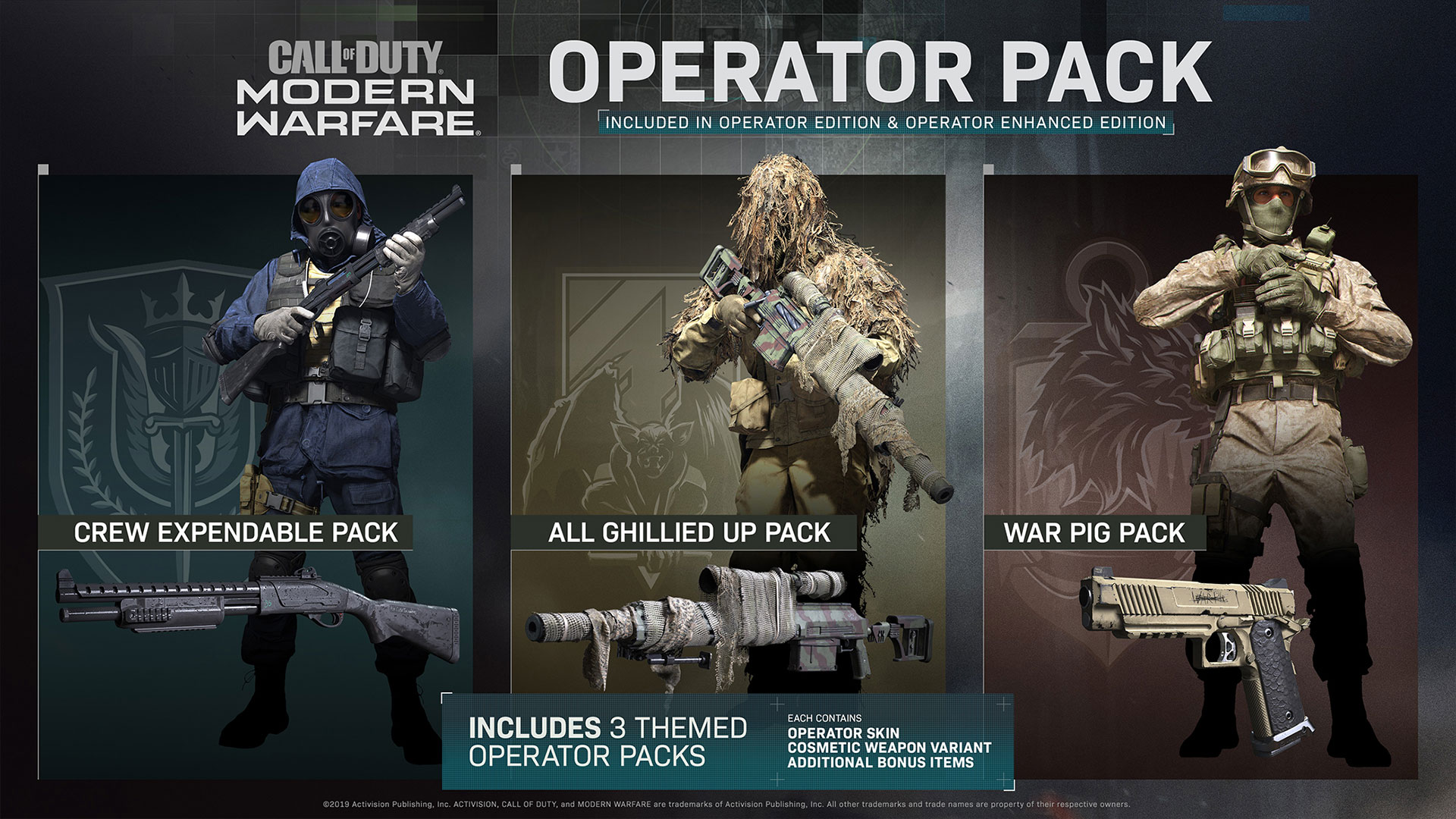 Here's what each of them includes:

All Ghillied Up Operator Pack

All three are part of the Operator Edition and the Operator Enhanced Edition, and they're likely the first of many to follow post launch. Call of Duty: Modern Warfare arrives October 25 on PC, PS4, and Xbox One.