There's some history behind the classification of the Retribution ship in Call of Duty: Infinite Warfare. 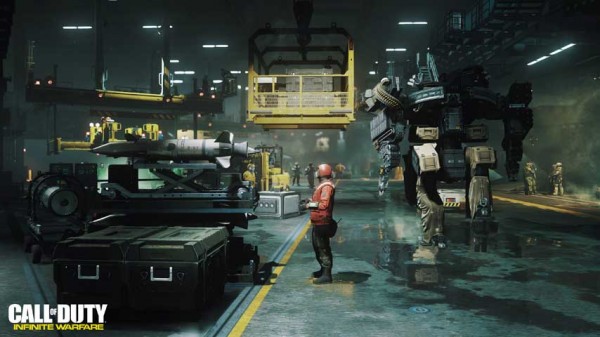 You've probably seen enough Call of Duty: Infinite Warfare single-player footage by now to know that, following the prologue, you'll be picking and choosing missions from atop the bridge of the Retribution, the last spaceship in the fleet.

According to one of the game's poster, picked up by @Blade_151, the Retribution's class is referred to as SWC-141 (Space Warship Carrier). If you know your Modern Warfare campaigns, you'll know that Task Force 141 is the multinational anti-terrorism unit responsible for some of the best missions in Modern Warfare 2.

This particular naming was recommended by Russia, as a way of remembering the actions of the task force in rescuing Russian President Boris Vorshevesky. This mission took place at the start of the Modern Warfare 3 campaign (the plane mission).

This could be nothing more than a nod to the Modern Warfare series, and may not actually transpire in-game in the form of returning characters or flashbacks. It would be cool if it did, though.