Complete guide to the game's fifteenth mission, All or Nothing. 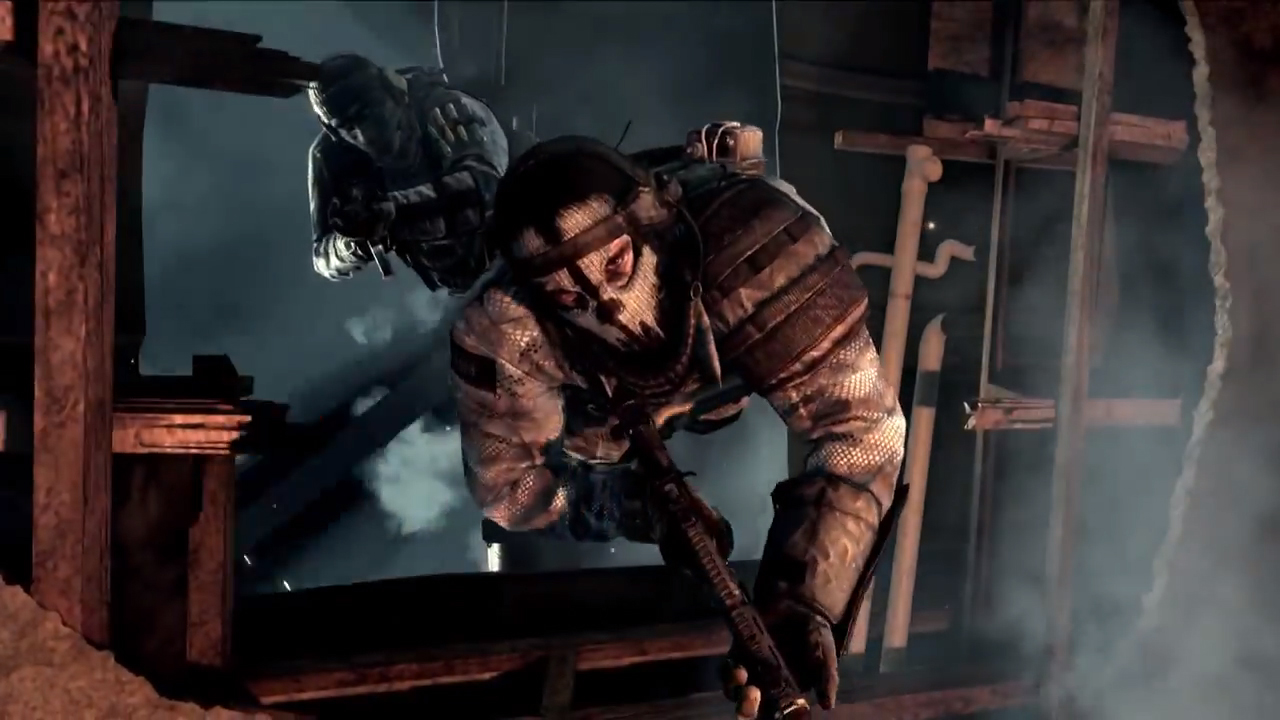 The cut scene reveals that when a Ghost is killed, his remains are placed face down and he's pointed in the direction of his home. His weapon next to him. This is done so that when the fallen reach the other side they can watch over their living comrades. Hesh and Logan's father is gone, but the Federation is still there, as well as Rorke. Hesh says good-bye to his father to end the scene.

Riley is sitting this one out and Logan is given Elias' old Ghost mask. The aircraft carrier you're on is being boarded. Head top side and defend the ship. There's not a lot of cover, but enough that you should be able to control the engagement. You're loaded up with grenades and flash bangs so make sure to use them to your advantage. Just keep moving along the deck of the ship and eliminating Federation troops.

When you get the all clear regroup with your squad. Grab the Osprey targeting control and head to the Defend indication on screen. Use the missiles and mini gun to eliminate as many boats as you can. When you control Logan again follow your squad across the deck of the ship. Use the rig as instructed and start taking down the enemy gunship and helicopters. Listen closely to your squad and direct your attention to the targets they call out. When the gunship is down follow your squad across the damaged carrier. Jump aboard the chopper to end the mission.