The multiplayer reveal for Call of Duty: Black Ops Cold War took place today, and here are the details.

As detailed through Treyarch's Call of Duty: Black Ops Cold War multiplayer reveal, the map design will be rooted in "the game’s realistic and historical setting," putting you smack in the middle of ab early 1980s Cold War narrative.

Multiplayer maps will take you to the Angolan desert, frozen lakes of Uzbekistan, the streets of South Beach Miami, and the North Atlantic waters and event to Moscow.

Treyarch called this a small array of maps that will be available at launch.

Here’s a quick rundown of some of the maps:

You can expect the return of game modes such as Control, Domination, Kill Confirmed Search and Destroy, along with Team Deathmatch. You can also expect new modes such as Combined Arms, Fireteam, and VIP Escort.

Combined Arms find you in 12v12 battle with vehicles and can be played across a handful of Combined Arms Modes, including Domination, which places multiple flags around a given map for teams to capture and defend.

VIP Escort is exactly how it sounds. In the 6v6 mode, you will be tasked with leading another player, designated as the VIP, to safety. You can also win this mode by taking out the opposing team. A non-VIP who dies during the round is out until the next one, but a downed player at zero health can defend themselves in Last Stand or be revived by a teammate.

Then, there's Fireteam, a new 40-player mode with up to 10 teams of four, where the action is centered around operators and the environment they battle in. The first available Fireteam game type is called Dirty Bomb, and more information on it will be detailed at a later date. 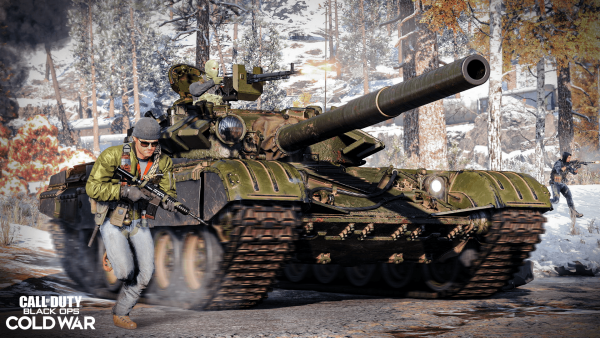 Scorestreaks make a return with several significant changes. In this new system, the earned score is kept through death. Scorestreaks and especially higher-end rewards, must "still be earned through earning plenty of score via elite gameplay."

Those who string together multiple kills before death will earn streak score bonuses, and will have cooldowns, preventing players from “spamming” Scorestreaks repeatedly.

Along with the aforementioned, you can also expect four refinements to movement:

You can also expect a new weapon sound engine brings which will give you a sense of what is being fired at you and where it came from. 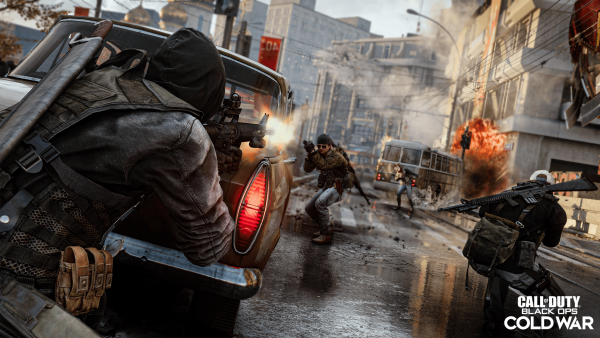 There's also the Create-a-Class system which is now slot-based, and Field Upgrades which are are in-game items that either "help your squad or hinder your enemies," and can be earned in time in-game with a cooldown that lasts after death.

Loadouts can also be outfitted with class-changing Wildcards, which can provide one of four benefits:

If you want to customize your primary or some secondary weapons, you can head over to the Gunsmith. Each primary weapon can be customized with up to 54 attachments across eight different nodes, or attachment points, with at least six options per, attach point. The benefits and not so beneficial information for each attachment will be shown via percentage change.

Out November 13, Call of Duty: Black Ops Cold War will support cross-platform and cross-generation play as well as cross-progression for every available platform including PC, where Beenox is the lead developer.

If you are interested in trying the beta, it will go live first on PS4 October 8. It will open up to PC and Xbox One users on October 15.