When killstreaks made their debut in Call of Duty, it was one of the mechanics that helped the genre-defining FPS series stand out.

The evolution of the killstreak has been up and down - we’ve had game-ending nukes, attack dogs, and even AI gunships over the course of the series. Eventually, the killstreak was swapped out for the scorestreak to encourage team play, and the requirement to earn these rewards was set higher to make them feel like something you earned.

In Black Ops 4, scorestreaks are still rewards that won’t dominate every match, but they will make up for it by feeling truly impactful.

“We’ve got a pretty good reputation for our scorestreaks being powerful and that’s based on our process - we want to make sure we have a good array of scorestreaks, from the low cost to the high cost,” Treyarch’s expert game designer Tony Flame explains.

“For each of those we have targets - we want this to get ‘this many’ kills per use. We use that as a very scientific way, so the players know if they call in a Hellstorm they’re going to get one or two kills on average. Ultimately, they’re rewards, right? It’s a high you get from playing the game and doing really well - it maybe doesn’t happen very often, but when it does it feels great.” 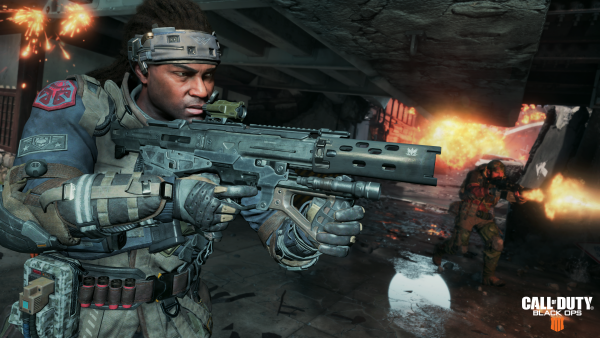 Every scorestreak in Black Ops 4 has been completely changed up, from the UAV to the turret, to make them have more of an impact on the game when you do unlock one. The turret, for example, is 360 degrees now - you can place it down anywhere and it’ll do its thing. You don’t have to worry about protecting its blindspot.

“Even things as simple as the UAV, they just work very differently now - they don’t simply ping a stationary red dot,” Flame says. “Everything on the map is tied into the new fog of war mechanic, so we’ve got a UAV sweep going across the map - everyone it hits, it’s actually going to reveal them and the area around them for a period of time so you get to follow their movement.”

The same goes for the Hellfire missile, which actually has two chances to do damage in Black Ops 4. During the introductory sequence where the missile drops from the drone, you can still target enemies in a cluster and fire from the missile, but you can also drive the big missile in following that initial barrage.

On top of those reworks, of course, are a completely new selection of scorestreaks. One Treyarch can talk about now, that we got a glimpse of in the most recent trailer, is the Strike Team.

With Strike Team, you call in a helicopter and two heavily-armoured bots fast rope onto the battlefield to aid you in combat. Armed with assault rifles, these AI companions are deadly accurate and difficult to take down. 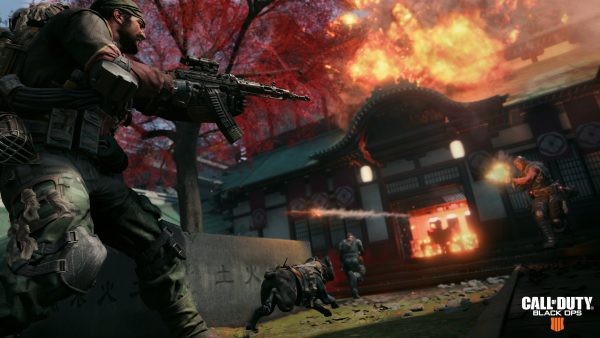 It’s a pretty high level scorestreak,” Flame explains. “It’s high risk, high reward - you’ve gotta do well to earn it. You’ve got two strike team members who come in and they will go to the spot you call them in on the map. You’ve gotta be careful when you’re engaging them. You can either have them follow you around the map, or you can order them forward into a position.

“There’s a lot of different gameplay there. You can have a personal escort as you run and gun through the map, or you could send them in to breach and clear a room or objective point and hold that spot until you want them to rally back up on you.”

The Strike Team scorestreak essentially turns you into the leader of a small squad of spec ops soldiers, and they will take down anyone who comes across their path with precision shots. If you end up against them, the best counter, of course, is to shoot them out of the sky before they can fast rope onto the battlefield. If they do make it down, your best bet is to flash or stun them before engaging, or to try take them down with explosives.

“It’s almost like a boss fight,” Flame says. “You’re not going to want to come at them head-on, you want to think about the different tools in your arsenal, how you’re going to outsmart them and take them out one by one.”

If you don’t manage to take them out, the Strike Team will fast rope out of the battlefield after a minute or so, leaving a trail of bodies in their wake. Who needs nukes?

The Black Ops 4 beta begins tomorrow - get all the times and info at our dedicated post there. If you want more, here's some new info about Black Ops 4's all-new ballistics model.