Let me tell you about a press event I went to once to preview a Battlefield game. There we all were, playing multiplayer using controllers plugged into our PCs as instructed, me absolutely eating one at the hands of my controller-savvy contemporaries who’d humble-bragged earlier around the tea urn that they probably wouldn’t even be world-class anymore, it’d been that long since they’d played Battlefield.

So I put down my pad and I started playing with the perfectly good mouse and keyboard before me. And I didn’t die for the rest of the session, reader. It was the closest I’ve felt to being Shroud or S1mple, watching with a wry smile at my idiot enemies gently rotating in search of me before popping off headshot after delicious headshot.

I hadn’t thought about that preview event for years until I started playing Call of Duty Warzone. Its cross-platform servers seem to be populated by a majority of console players, and playing on PC I look at the lobby screen before a match licking my lips. What chance do they have against the mighty mouse and keyboard? 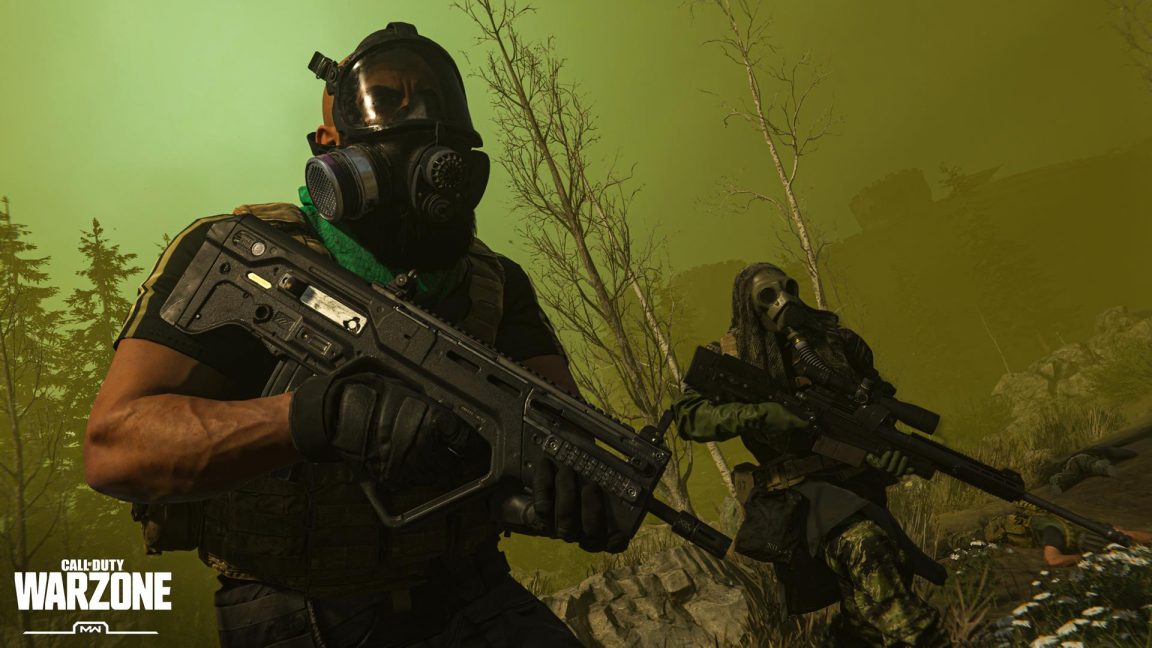 Sure enough, by my own modest standards, I’m doing better in Warzone than I ever did in PUBG, Fortnite, or Apex Legends. Not ‘I’m jacking it all in to start a Twitch channel’ better, but a good few kills each game and a few wins already. Is my input method affording me a considerable advantage?

I decide to conduct a deeply scientific experiment in order to find some answers. I challenge my mate to a game of Halo.

Not just any mate, and not just any Halo, mind you. This guy spent every single lunchtime between 2011-2014 swearing at a plasma screen in 8-player Slayer matches. He’s really quite good at Halo. And he’s a staunch pad player.

Despite buying the recent Master Chief Collection releases of Halo: Reach and Combat Evolved with the fervour of a lifelong fan, I myself am not good at Halo. I have 83 minutes on record across both games going into this mano-a-mano for the ages. I don’t know any of the maps. All the guns look the same to me, none of them seem to reach their target for about twenty full seconds, the powerups are a total mystery, and I’m not 100 percent what the bind is for toss grenade. BUT - I’m a mouse and keyboard player.

The Master Chief Collection, like Call of Duty Warzone, gives us the chance to compete on the same field of battle, each in our control comfort zones. Unlike Warzone, it lets us do this 1v1.

Over two matches, one in the iconic Battle Creek and another in Damnation, which might also be iconic for all I know but unlike Battle Creek I didn’t used to play that one over at Chris Smowten’s house in 2003, we fight for the honour of our inputs. Who will prevail? On one side experience, game sense, map knowledge, weapon knowledge, mechanical understanding and a gamepad, on the other: a mouse and keyboard.

Ok, match one. Battle Creek. I don’t need to tell you that Halo obviously wasn’t designed with mouse and keyboard in mind. I remember the furore when Microsoft announced its erstwhile hotly anticipated PC game would be an Xbox exclusive, but looking back I can’t imagine Halo ever having been a PC proposition. Everything about its timings - the shield regeneration, weapon projectile velocity, movement and jump speed - is perfectly tuned for controllers. It’s a slow, bouncy, low-gravity affair perfectly matched with the pace of its input devices. Oh, I’ve killed him.

It’s a tight match for the duration, him able to pick me off when I’m in an idiot position looking for a sniper rifle I half-remember being up a cliffside, me able to jiggle CS:GO-style away from his slow thumbsticks when we hit close quarters and get the kill. As the match concludes, I win by one point. If you came here looking for proof that mouse and keyboard is superior, you can leave now. Don’t bother reading the stuff lower down. 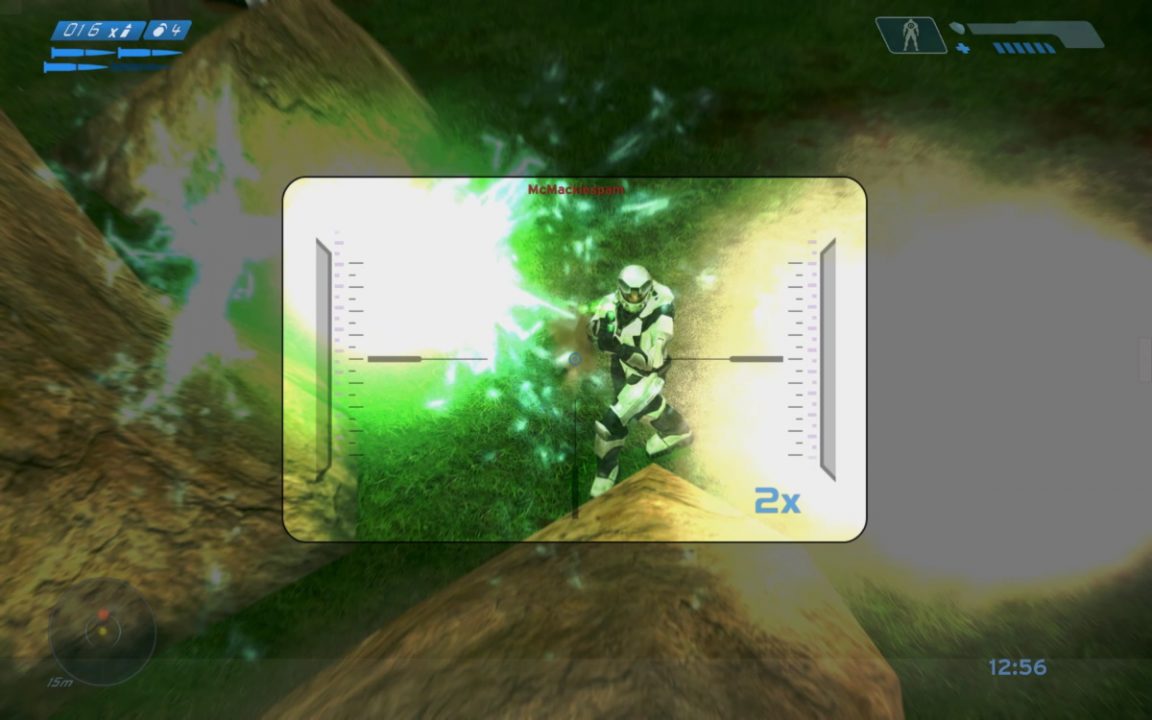 In the second match I’m beaten. By three kills, too. Damnation’s verticality, you would have imaged, might play into a flick-aiming mouse player’s skill set but in the end map knowledge and a few well-placed shotgun bullets does the job for Team Controller. I’d like to say it’s the stuff of classic MLG matches, but in truth both of us miss plenty of sniper shots, throw grenades at no one, and fire outlines of each other without taking a fraction of our shields a few times.

So a Halo player can beat me with a pad - a sobering thought, but what does it mean for Call of Duty Warzone?

Well, Call of Duty used to be a PC-first sort of franchise, back when it was about World War Two. You know, the first time. In 2003 the PC was the only sensible home for a shooter as bombastic and riddled with genuinely affecting setpieces as Infinity Ward’s debut. Since then, and in fact, quite soon after that first game, things changed.

The experience that we recognise as Call of Duty today works pretty well on PC, but it’s a console player’s shooter first and foremost. Again, it’s all about the timings. Scope-in speed. Movement speed. Map proportions. They’re all built around an underlying assumption backed by decades of sales figures that the player will probably be experiencing all of this with a pad in their hand. It doesn’t feel like CS:GO or Quake Champions, and applying techniques from either of those games - strafe-jumping, corner-jiggling, others I don’t know about because I’m not good enough - won’t get you far.

So why are PC players getting kills? Warzone might actually have hit on a pretty ideal meeting place for players of all platforms. The marriage of traditional Call of Duty weapon behaviour and gear with a distinctly PUBG-flavoured battle royale framework seems to make all players feel like they hold the advantage. The 200-hour-every-release COD multiplayer types who play on consoles are colliding with 200-hour PUBG PC players used to long-range engagements and working within a diminishing zone, and they’re each bringing different strengths to the gunfight.

Is it easier to aim with a mouse and keyboard? Probably. But as Warzone and many of its contemporaries demonstrate, aim is only half the battle.

If you need some support after you've dropped in, here's the best loadouts for Call of Duty Warzone.