When Modern Warfare launched it changed the games industry. Every other FPS suddenly had us aiming down the iron sights, we were constantly breaching doors with eager AI, and every fucking character in a military shooter started saying “oorah”.

If someone were to ask me to list ten of the most influential games of all time, Call of Duty would be somewhere near the top. At some point, however, this seems to have changed, and I didn’t even notice it happening.

I just sat through the live reveal for Black Ops 4 and, between all the whooping and hollering from influencers, I started noticing things from other games pop up all over the gameplay footage.

Tastes are changing - the runaway success of Fortnite proves that - and Call of Duty needed to adapt to these shifting tectonic plates. I’m just surprised by how much this adaptation meant cribbing from other series.

Black Ops 4’s multiplayer battles are between predefined characters. While you can choose your loadout, each has a specific skill and specialisation: there’s one who can fire a dart to see through walls; one can put down some kind of microwave emitter; one can lay down barbed wire; one has a grappling hook; another has a dog.

Dog aside, most of these abilities are riffs on abilities from other games. The influence of Rainbow Six Siege and Overwatch is clear.

Elsewhere, there’s the introduction of Blackout, a new battle royale mode with land, sea, and air vehicles. An unspecified amount of players enter a map, scavenge for supplies, and try to be the last person standing. 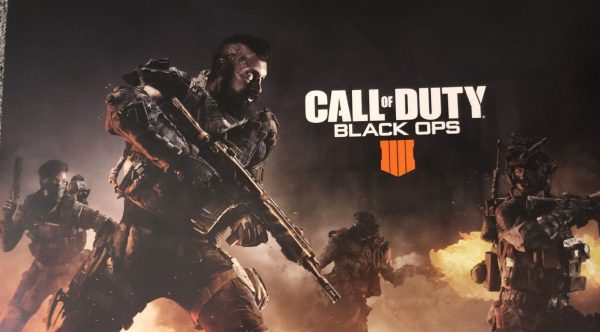 It all sounds good, the combat looks as fast, snappy, and cathartic as ever. It looks like it all works well together (battle royale with COD-quality combat? Yes, please). I just wonder what it is that stopped Activision’s Call of Duty studios from setting the trends like they used to. And when did this even happen?

None of this is a criticism of what was shown, because it all looked great, it’s just an observation that there has clearly been a shift - it almost feels like some of the bigger players are now scrambling to keep up with a rapidly changing industry.

When these games take years to make, it’s no wonder they can’t predict the future - it just seems a shame that one of the industry greats isn’t doing anything particularly innovative in a genre where they really shine.

Still, I’m looking forward to getting my hands on the game and melting some people’s faces with some kind of nuclear reactor core. Now that’s what I call video games.