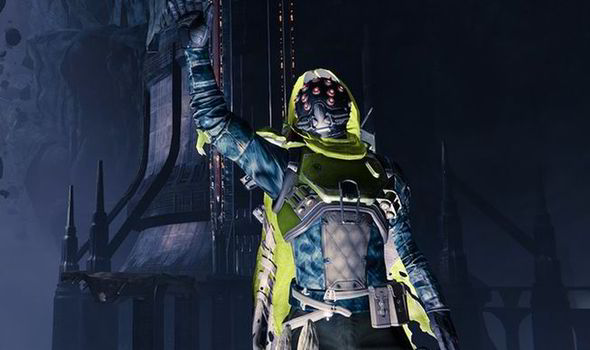 Destiny 2 was announced this week, just after the final update for Destiny 1 dropped.

Talking to GamesRadar+, Bungie's Deej says that while "we are celebrating the conclusion of the adventure of Destiny 1...[it's] still a game that will be there for players.

"We’ve planned to support it for the foreseeable future, so while we do have a sense of finality and closure as the theme of this [Age of Triumph] event, we are by no means turning the lights off on Destiny 1."

So if you're worried about leaving the world behind, don't fret. Bungie has said that they would continue to support the game before, and that it "won't be going away".

"[If players] decide they want to revisit the things that they did in Destiny 1, the game will still be there for them.

"And, for someone who might join the adventure in progress, and they might want to go back to the beginning and discover how it all started? Those origin stories will be waiting for them."

Meanwhile, Destiny 2 is releasing September 8 on PC, PS4, and Xbox One.