Borderlands 3 is close on the horizon, and to get everyone in the mood for lootin’ and shootin’ Gearbox has released one last DLC to bridge the story gap. As well as new missions, the Commander Lilith & the Fight for Sanctuary DLC adds new weapons and a whole new exclusive rainbow rarity level to Borderlands 2: Effervescent. 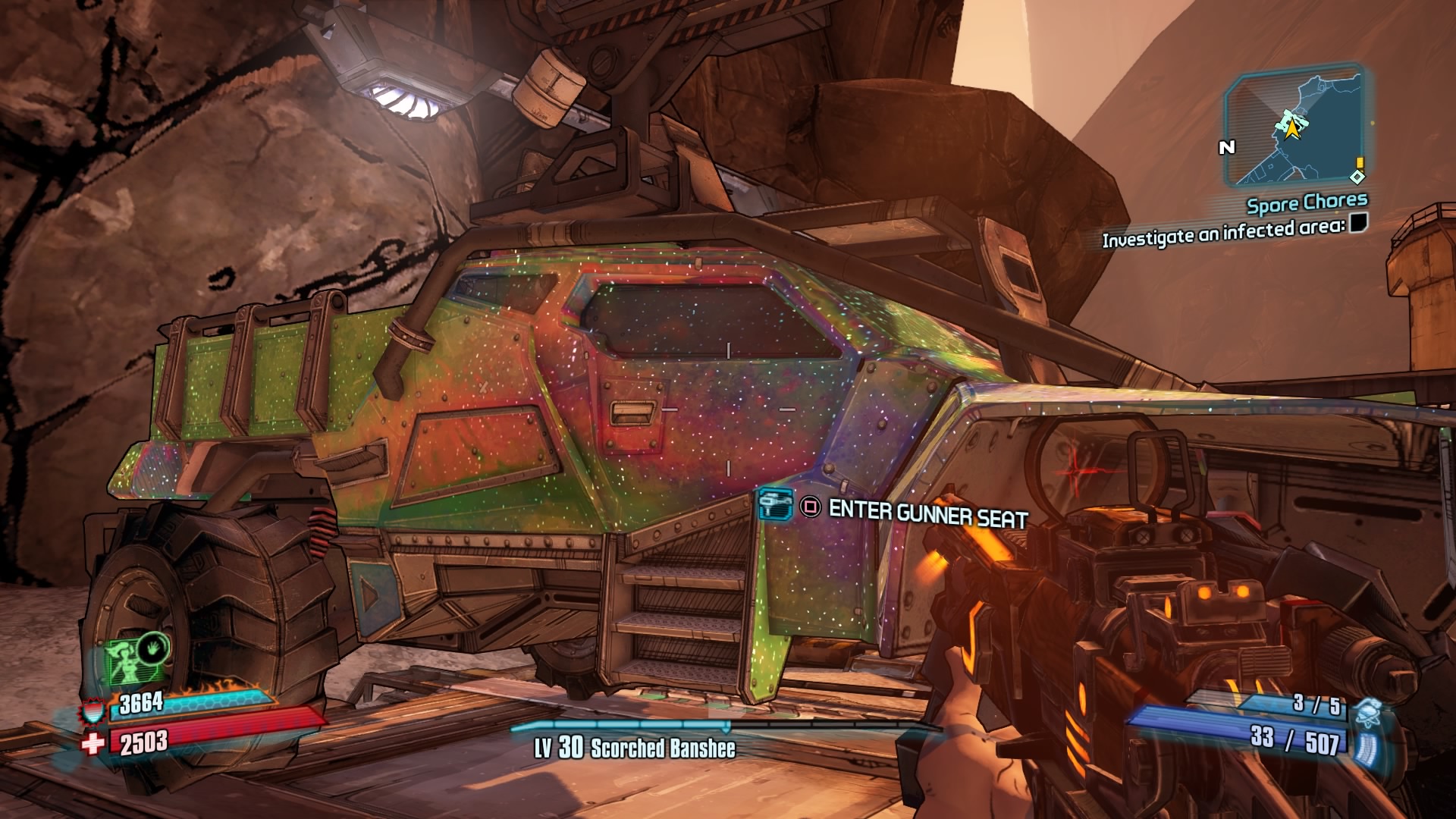 It’s a tough task to lay your hands on these elusive, sparkling items. But when you finally do they’re alluringly animated with a bubbling sheen befitting of the best loot in a game that’s all about collecting.

In order to earn Effervescent tier items, you'll need to be playing on Ultimate Vault Hunter Mode. There's also an easy exploit with the Uranus robot boss location that will net you several Effervescent items.

If you're looking for more special loot, then check out our guides on how to get Legendary weapons, like the Overcompensator.

You'll receive a quest from Tiny Tina that instructs you to fight Uranus, a boss in the Helios Fallen Area. There's an orange fast travel point closeby, so travel there first. Defeat Uranus, go back to the Back Burner to turn in the quest in then tag the same fast travel point. Save the game and quit, and when you load back up you'll be just outside the boss area. Fight him again to get even more loot.

It’s not just effervescent guns that you can add to your arsenal, there are shields and relics too. Here are some of the ones we’ve seen so far.

We have a full guide on how to get the Toothpick assault rifle.

Briefly, your best chance to collect this random drop is from farming Sand Worms and Sand Worm Queens near The Backburner base camp.

To increase the effectiveness of your Toothpick - and your oral hygiene in general - you need Mouthwash.

Mouthwash in Borderlands 2 is an Effervescent Relic which boosts assault rifle damage as well as the damage of the Toothpick specifically.

This is one of the simpler effervescent items to get. Once you've started the Commander Lilith DLC, play it all the way through to the end and complete the main story quest and you’ll receive it for turning in the last mission.

The Retainer is an Effervescent Shield and, like the Toothpick, is another random drop.

Your best bet at getting your grubby Vault Hunter mits on the Retainer is the same method described in our Toothpick page and shown by YouTuber Defective Television in the embedded video below:

As you progress through the DLC’s main story and complete side quests for Vaughn you’ll eventually get the quest “The Hunt is Vaughn” where you’ll come up against Sand Worm Queens.

If you farm these creatures by quitting the game without it saving before completing the quest, you have an increased chance of getting the Retainer from Sand Worm Queens.

However, if that seems like too much of an exploit for you, then you can just farm the regular Sand Worms which respawn naturally but have a much lower drop chance.

This second Effervescent weapon takes some grinding to get, and is tougher to farm than the Toothpick.

To get the Nirvana, you need to kill Infected Badass Saplings, which appear in the infected areas like the Miasma Basin in the Dahl Abandon. They seem to spawn from pods if you let them grow and explode rather than shooting them.

You can see one drop and where in the video by YouTuber Jay Flare below:

And finally, just about the most Borderlands-y weapon in the whole DLC is the Unicornsplosion, which, as the name suggests, fires explosive unicorns.

As explained by YouTuber JoltzDude139 in the embedded video below, the Unicornsplosion makes use of an item that’s been in the game as a joke for years.

After completing the "My Brittle Pony” sidequest from Vaughn, you can travel to the Lair of Infinite Agony from the Tiny Tina’s Assault on Dragon Keep DLC.

Here you’ll need to complete the randomly spawning quest, “The Amulet”. If it doesn’t appear fast travel out, then back into the area.

Buy the Mysterious Amulet from Mr. Miz, then return to The Backburner.

Now go over to Butt Stallion and feed her five Eridium, and she’ll sick up the Unicornsplosion.

Now, these really are random! As you make your way through the DLC, along with the regular cosmetic drops from enemies you now have the chance to collect extra blinged out skins for your Bandit Technical.

We found one called “Technical Spectacle”, and it was suitably flashy.

There are more effervescent items in the Commander Lilith DLC, but those are the ones we’ve seen so far. Have you found any others? Let us know in the comments!