Damsel, the fan-favorite Brujah from the original Bloodlines, will return in Bloodlines 2, plus, if you're keen, a Collector's Edition will also be made available for the game.

Damsel will make her way into Bloodlines 2, and she will be voiced by original voice actress, Courtenay Taylor.

Check her out in the video below.

There will only be 3000 available, and it comes with a  7” vinyl featuring some of the music from the game. It will also feature a 28 cm tall detailed figurine of Elif who is one of the main story characters. It will also contain a map of the game world and a steelbook.

The Collector’s Edition will also feature the 5th edition of the Vampire: The Masquerade rule book as a digital bonus.

The Collector’s Edition will be available with and without the main game and DLC content. The non-game collector’s edition comes at a suggested retail price of $109.99/ €109.99.

Bloodlines 2 will release later this year. 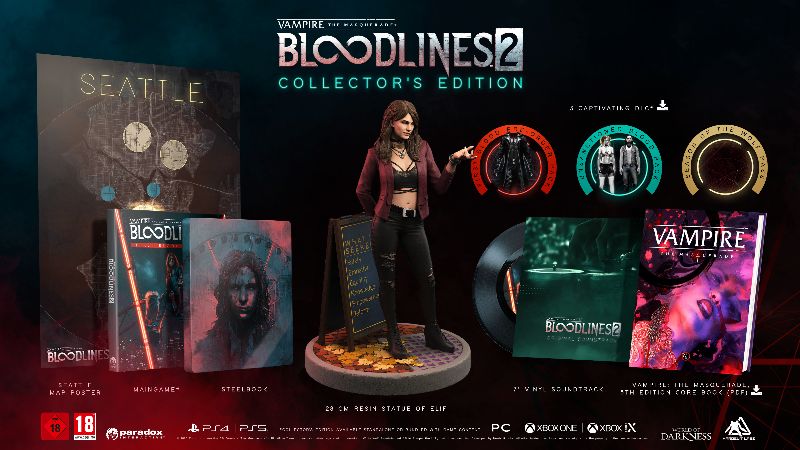