Cliff Bleszinski has released another image of his work-in-progress, this time showing what looks like an adult and child walking along a canal bordering a futuristic city.

As usual, Bleszinski released the image via Twitter. This is at least the fourth image the Gears of War creator has revealed so far. The first two showed a figure in a canyon and a sport played by giants, while the third showed a city, possibly Los Angeles, being ravaged by a storm. The images are all related to the same IP, possibly Silverstreak, and are cropped from larger pieces. 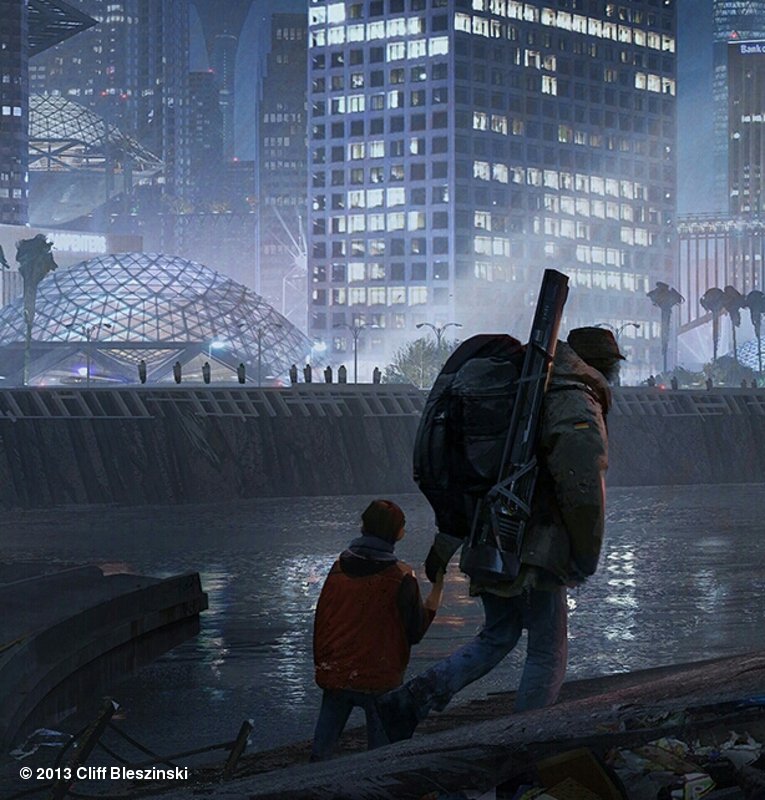