Black Panther was announced today for Marvel’s Avengers, but you'll have to wait a bit for the character.

Black Panther: War for Wakanda will add Black Panther as a playable character to Marvel's Avengers. A release date was not provided, but the expansion is expected at some point this year. It also comes with Klaw, the Wakandan Jungle Biome, new enemies, and much more.

During the Square Enix presentation, a roadmap for Marvels' Avengers was also announced.

It all kicks off this week with Operation: Hawkeye Future Imperfect which will be followed by Red Room Takeover this spring, alongside Tachyon Anomaly.

This summer, you can expect Project Omega and Wasteland Patrol.

The new customizable HARM Room allows players to tailor their experience by choosing the number and type of enemies they face, environmental hazards, and combat bonuses to push their skills to the limit. 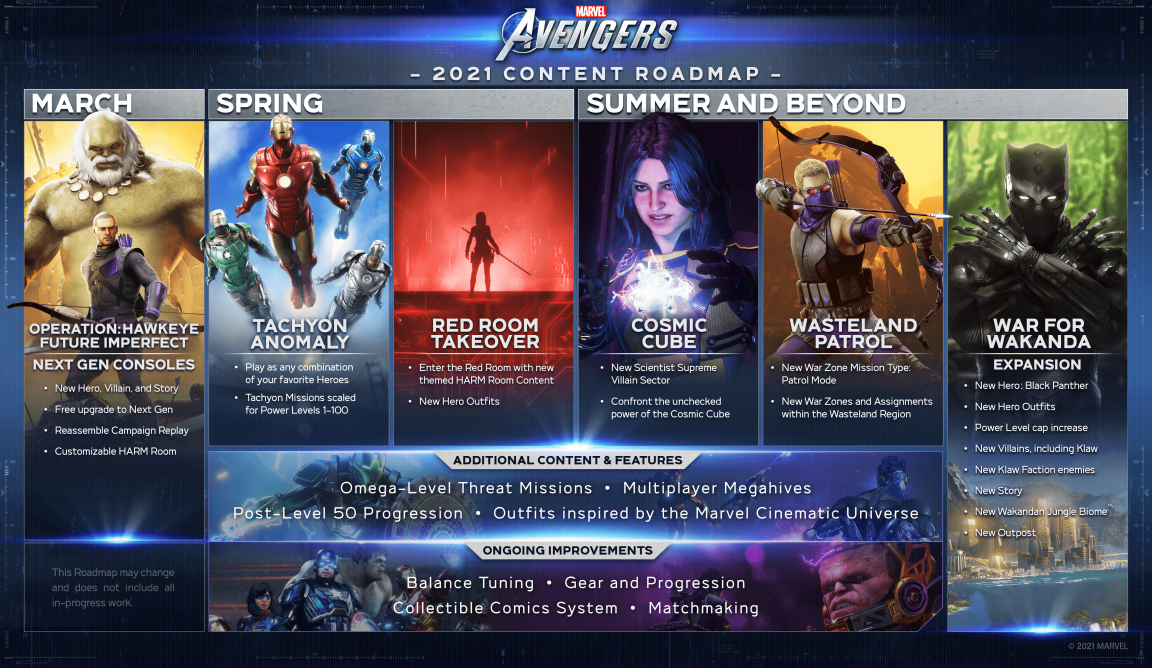 Marvel’s Avengers is now available on the PlayStation 5 and Xbox Series X/S. Players who own the PlayStation 4 or Xbox One version of the game can upgrade to the full next-gen version at no additional cost and transfer their saved game to keep their progress.

The new-gen version of the game offers higher framerates and enhanced visuals compared to the current generation of consoles at up to 4K resolution on PlayStation 5 and Xbox Series X and 1440p for Xbox Series S. You can also expect faster loading and streaming times, higher-resolution textures, farther draw distances for high-resolution models, improved armor destruction, and other enhancements.