Is there anything more annoying than being killed by a shotgun from behind? In a game, I mean. You can’t be annoyed when you’re dead.

As fun as video game shotguns are to use, being on the receiving end of an uncermional death from a high-powered boomstick makes your blood boil. That’s one of the reasons shotguns have been rebalanced for Black Ops 4 and placed in the secondary weapon slot next to the pistols.

“We talk about shotguns all the time,” Treyarch expert game designer Tony Flame tells me. “They’re the hardest guns to balance. According to players, they’re either underpowered or overpowered, even when they’re actually both at the same time. For example, when we see the shotgun gets just near the level of effectiveness of an assault rifle, from the players’ experience they feel too powerful.

“So we have to get that balance just right. It’s always a tricky one. We wanted to make sure they weren’t overly frustrating - that’s the number one [priority] - but also make them satisfying.” 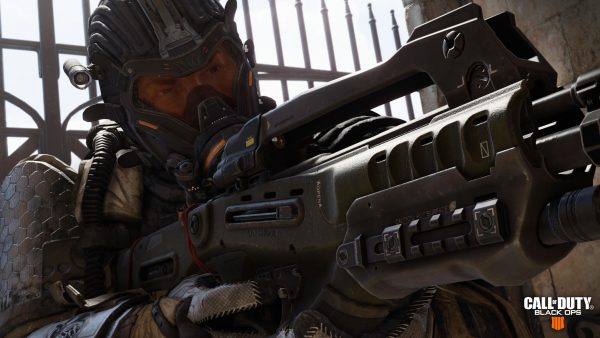 This process involves a lot of internal back and forth at Treyarch as the developer playtests and tweaks Black Ops 4 prior to launch. That shift to the secondary slot is one of the ways the developer is defining the shotgun’s place in Call of Duty.

“We’ve gotta balance them in line with a secondary,” Flame explains. “They’ll be balanced against pistols, each in their own role.

“Shotguns have their own unique playstyle where you get a consistent number of hits to kill. It’s not going to be as much about getting the one hit kill with the shotgun. It’s more about getting the first hit, taking cover, rechambering the shotgun, then popping out for the second hit.”

For those who like to rock a shotgun as their main weapon, the customisation system also allows for that. Shotgun players can pump all of their customisation points into attachments for their gun, giving it better range and more power with longer barrels and chokes.

“Then you can actually extend your one hit kill range quite a bit, but you’re investing heavily in your gun from the attachment side,” Flame says. “That’s an example of the attachment strategy we’ve got for each weapon.

“Internally, we’re going back and forth. By the time we come into beta, we think we’re going to be in a really good spot.”