Treyarch's PC development Twitter feed confirmed that a new patch is in the works right now: 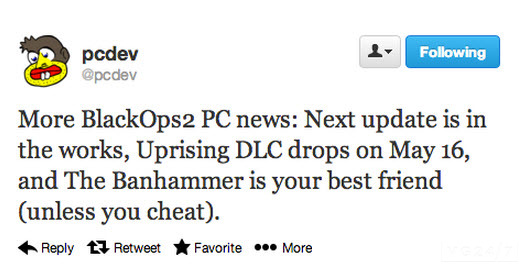 They were then asked if the Call of Duty: Ghosts weapon camo would appear on PC, prompting this response: 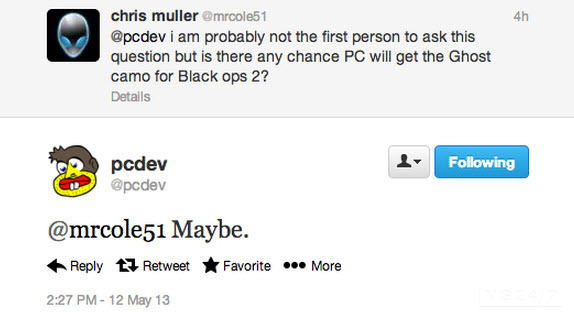 If you missed the original Ghosts camo reveal, you can see photos of the skin plastered on various weapons here.