Wii U could be getting a big budget fantasy RPG title that someone is putting a lot of time and resources into, according to a job listing unearthed today. The post offers applicants the chance to work with industry veterans.

NintendoLife reports that one posting is titled "C + + Developer - Medieval Fantasy RPG", and that the position is based in France.

Applicants are being asked to contact a member of the team named Marc Kruzik, who - according to his LinkedIn profile - currently works at Earthlings Games.

Notenoughshaders has translated the fine details and distilled them down to these points:

The below concept art, simply titled 'Dark Witch' has also leaked in relation to the job listing. 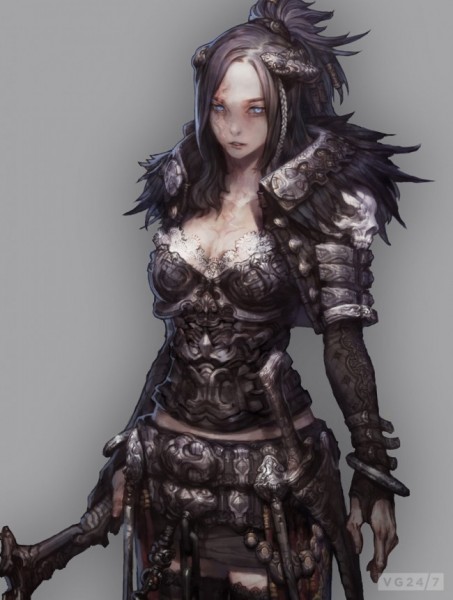 The art was posted on the developer's Deviantart profile, along with the text, "We’re currently looking for freelances high poly 3D artists. The project is a video game, an heroic fantasy RPG with higly detailled armors (~500 000 polys per character). It’s not for real time, rather for rendering, 3D printing and other things of the same kind."

"It’s a big project with a big budget (several millions dollars), but also with a lot of work. Compensation will depend on quality and percentage of completion, from hundreds to thousands of dollars per character.“

Mention of 'industry veterans' suggests RPG specialists Mistwalker, comprised of Final Fantasy creator Hironobu Sakaguchi and composer Nobuo Uematsu. But they're not based in France obviously, suggesting it could be with someone else entirely. What do you think?