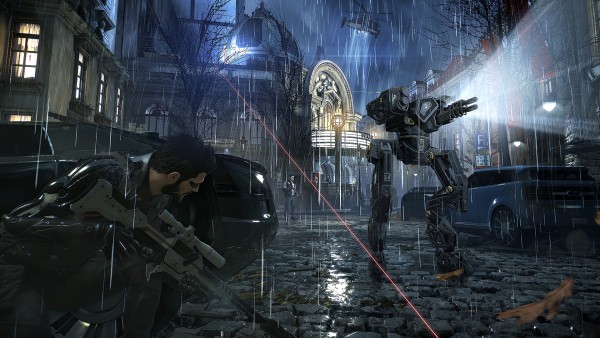 Deus Ex: Mankind Divided comes with a couple of pre-order bonuses on PC and consoles. One of these is the Covert Agent Pack, which grants you access to some weapons, outfits, and consumable upgrades.

Particularity, weapons and upgrades are saved in your storage, and you can use the inventory tab at any point to transfer them to your inventory. There is no indication that these items can be used once In fact, the game even tell you they can be redeemed again on future saves.

This is not the case, however, and Square Enix has since renamed the pack on Steam from the Covert Agent Pack to the Augmented Covert Agent Consumables Pack. 'Consumables' is the operative word in this case. The problem is, many who pre-ordered the game weren't told about this change going in, not to mention the misleading in-game message.

There's currently a big thread on Reddit full of players who feel cheated and mislead. Basically, if you redeemed the consumables on your first save, you've, well, 'consumed' them. In other words, If you ever wanted to start the game from scratch on a new save, you're out of luck.

Eidos Montreal community manager has since stepped in to clarify that the upgrades, Praxis Kits, and credits are all in fact one-time use items. The weapons, on the other hand, are not, and can be used multiple times.

"Consumables (Praxis Kits, Ammo, Credits, Crafting Parts) are one-time use items. They will be in the storage section of your inventory, until you decide to add them to it. Once you do, they will be 'consumed' in your current playthrough, and not re-usable. Consumables work the way they do due to first party constraints," wrote the developer.

"Durables (Weapons, Skins, Augmentations) are not one-time use. They will automatically be available in all of your playthroughs, once you have downloaded and installed them."

Thankfully, future buyers are now aware of this. For those who feel burned, there's always the Steam refund.