Those attending EGX Rezzed 2018 will have plenty of games to play, including Battlezone: Combat Commander and Extinction.

Battlezone: Combat Commander, the remaster of Battlezone 2, will be on hand. Originally released by Pandemic Studios in 1999 for PC, the remake was developed by Battlezone 98 Redux studio Big Boat Interactive.

The RTS features new visuals and cross-play online multiplayer for up to 14 players between GOG and Steam. It features 24 missions, and over six worlds.

Battlezone: Combat Commander is published by Rebellion and is available now for PC.

Extinction, Iron Galaxy and Modus' action game, will be available to play as well. In Extinction, players take on the role of Avil, the last of the Sentinels. This group of legendary warriors are the only thing stopping the Ravenii from destroying the human race. 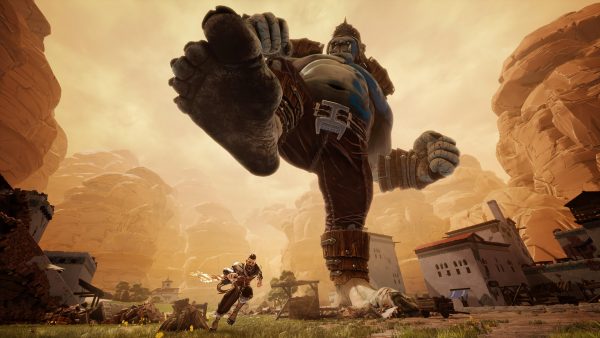 The Fall of Lazarus, a first person exploration and puzzle game, and folk horror game about the legacy of the Black Death, Winter Hall, are also on the show floor.

Attendees will also be able to play many other games such as Warhammer: Vermintide 2 and Julian Gollop’s Phoenix Point.

Earlier this week it was announced Mavericks: Proving Grounds, a 1,000 player survival shooter for PC, will be shown at Rezzed via a developer session.