There will be plenty of weapons available at your disposal in Battlefield 5 Firestorm, and we're here to tell you about them.

In Battlefield 5 Firestorm, you will drop into the map empty-handed. This means you will have scavenge loot and weapons as soon as possible from the environment or fallen foes. Luckily, there will be plenty of different weapons to choose from, and each will come with a rarity level.

Word of warning though: your inventory isn't very large starting out, and your character is only allotted two primary weapon slots and one sidearm slot.

This will force you to choose what's most important for a chosen loadout instead of hoarding everything you come across. You are able to carry four different ammo types at once though,  each is specific to a weapon type.

You will start off with four slots dedicated to specific gadgets. One is designated for healing items, another for grenades, and two for whatever can be scrounged. The inventory can be expanded by picking up backpacks.

Below you will find everything there is to know, so far, about weapons, rarity, gadgets, and melee items available at launch.

At launch, there will be 16 primary weapons available in Firestorm, all imported from Battlefield 5. Each are divided into three tiers: Common, Rare, and Epic.

The tiers are based on the number of attachments and specializations the weapons are found with.  Below, you will find a breakdown of all primary, Firestorm weapons.

There are four submachine guns in Firestorm, each providing close range accuracy and rapid fire.

A favorite of infantry, rifles are accurate, and can cover long distances.

Perfect when you need to get the job done at long distances. Also handy for making headshots, and scaring approaching foes.

Heavy damage and rapid, sustained fire is the machine gun's modus operandi . These are ideal for capturing objectives, or  mowing down an entire squad of enemies. Plus, they're super fun to use.

Great weapons for close range that pack a punch and make you feel like a badass.

Never discount a sidearm: it's your best friend when in a downed state or when out of options.

Firestorm isn't all about guns. There are plenty of melee weapons to find in the wild, and some are rather deadly. 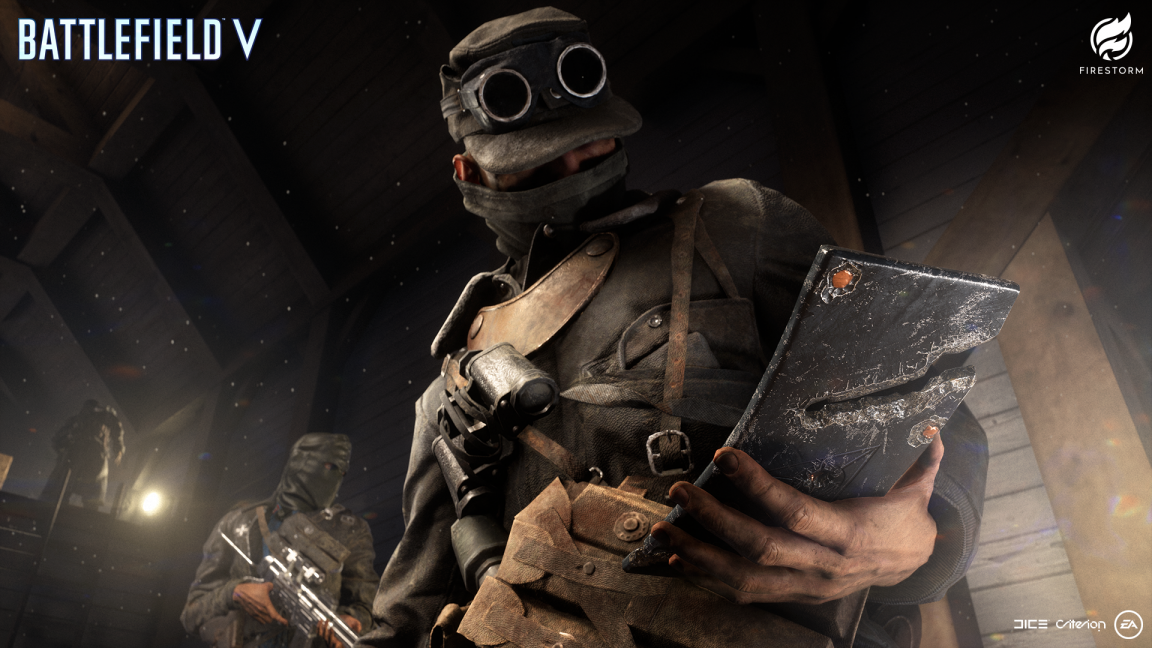 Gadgets specific to Firestorm will come in handy while all 64 of you are trying to escape the burning ring of fire.

The gadgets on this list will be familiar to Battlefield 5 players, and can be used in various battle royale scenarios.

Firestorm will expand after launch with new features and improvements for all Battlefield 5 players as part of the Tides of War expansion.

This will also include the introduction of Duos mode in April as part of Chapter 3: Trial by Fire.

Battlefield 5 Firestorm launches March 25 as a free update to all players.