One dataminer has discovered what appears to be the final standalone update coming to Battlefield 5.

An upcoming "Winterkrief" (German) Battlefield 5 free Epic soldier set was spotted by user temporyal, who has previously proved a reliable source for all things datamined. Lay your eyes upon it below: 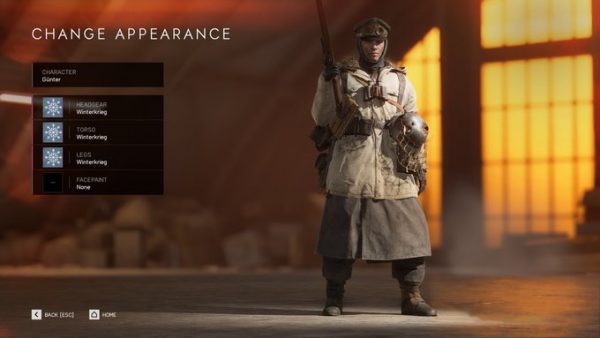 According to temporyal (via MP1st), there is also an interface update which replaces the current main menu message - "New Chapter coming soon" - with "More Details coming soon". This may suggest we're not heading straight into Chapter 7 next month.

The dataminer has also provided details on a mysterious location posted by Battlefield 5 developer DICE when it announced the game's final content drop. The location is called "Al Marj Encampment," writes temporyal, and was part of a cancelled 5v5 mode known internally as "Libya". This location will be released with the final update.

Probably the first picture of "Al Marj Encampment", a new #BattlefieldV map which was developed for the canceled 5v5 mode. Internally it is called "libya" which matches the file name on the EA website.

Of course, as with all datamined leaks it's best to take with a grain of salt. However, DICE has already confirmed it will release one last content pack for the game this June. The studio has stated this will include new content, weapons, and game tweaks.

The current chapter, Into the Jungle, concludes on April 29.