The single-player part of Battlefield 1 sounds like a departure from DICE's usual blockbuster affair, both in tone and structure. 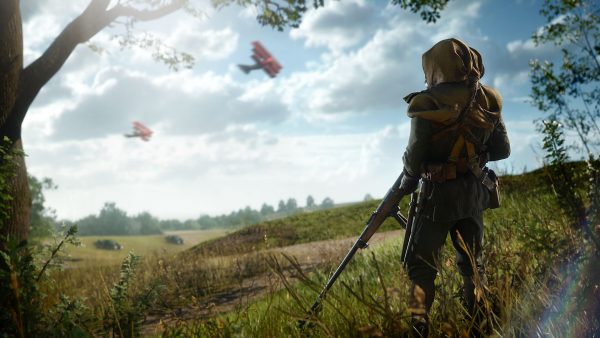 You've probably already seen the campaign trailer for Battlefield 1 that dropped yesterday. If you're among the few who actually play Battlefield single-player campaigns, you'll no doubt have seen how different this one is looking.

It turns out that's intentional, as DICE has confirmed the game's single-player will follow different protagonist in the different theatres of World War 1, going for a an anthology format for the first time in the series. The developer explained why they went this route in a blog post.

Having one character hop between different missions wouldn't have been respectful of that setting, but it also means each mission can have greater focus on character stories.

This focus on story and characters also meant the general tone and even the way cinematics are produced had to change. DICE says the Battlefield 1 campaign will cut from first-person view to show what your characters are going through in a more emotionally engaging way.

Something that was also very present in the trailer is historical figure like Lawrence of Arabia, which will feature in the game. DICE is hoping to show off characters like him in the campaign. One of the missions will see you playing his right hand who's a scout.

The chaos seen in the game's multiplayer will carry over somewhat in the single-player. DICE gives the example of the Through Blood and Mud missions where the crew find themselves in a foggy forest. This low-visibility environment means you have to be moving ahead of the tank to clear out the road of anti-armour placement and the like.

You choose how to take these out. Other equipment found in the field can either be destroyed or used against the enemy. And similar to how armour gameplay goes in multiplayer, you'll also be able to commandeer enemy tanks or take them out.

The developer emphasises the different approaches available in every missions, loud, stealthy and everything in between - all inspired by the game's multiplayer.