The synopsis for five of the campaign missions in Battlefield 1 revealed. 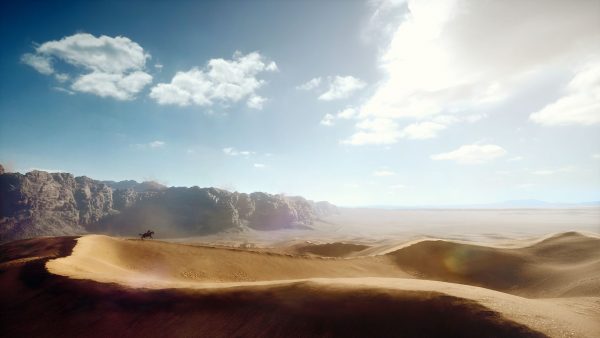 UPDATE: We've added all of the campaign clips posted separately into this post for easy access - thus the "re-post". Enjoy.

Battlefield 1 developer DICE has spent the past few hours revealing more and more details about the single-player campaign of the game.

Starting off with the drama-filled reveal trailer, before confirming the new anthology structure of the campaign - a first for the series.

Now, the developer has published the full synopsis of five of the game's campaign missions. It's unclear at this stage how many missions are going to feature in the campaign, but there's at least one mission available in the EA/Origin Access trial that's not mentioned here, so we can only assume this is just the first patch.

You can read the official details of each one below:

The allies are losing the war in the air. Britain struggles to compete with the German aces and the average lifetime of a combat pilot is 17 days. You must face these bleak odds and take to the skies for a noble fight over the western front. Intense dogfights, unexpected encounters, and a story of friendship await you.

In the Middle East deserts, Arab tribes rebel against the oppression of the Ottoman Empire. The Empire’s devastating artillery engage rebel forces wielding rifles from horseback. As a Bedouin warrior working alongside the legendary Lawrence of Arabia, you must find a way to take on the technologically superior enemy and destroy a deadly railgun.

Through Blood and Mud

In the autumn of 1918, British forces prepare for a mass assault on the town of Cambrai, France. With tank support, Allied Command believes a breakthrough is a certainty. But the Mark V tank has one major flaw: it is not reliable. Join a dysfunctional tank crew who battle their way behind enemy lines as they learn to work together.

Italy and the Austro-Hungarian Empire are deadlocked among the Alps. Braced by snow-capped mountains, neither side can find a way to dislodge their enemy. Meanwhile, the Italian mountaineer regiment Arditi prepares an unorthodox assault. Don your Arditi armor and head up a mountainside as Italian and Austrian forces clash over a strategic fort.

The British Empire intends to open a new front to the war with an unprecedented naval invasion of the Ottoman homeland. The ships gathered for the Gallipoli Landings — the D-Day of World War 1 — carry over half a million men. As an Anzac runner you’ll witness the heat of epic bombardments and a beach landing, as well as covert deliveries of urgent life-or-death messages across the frontline.