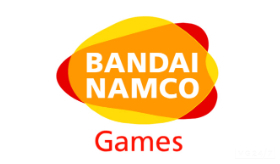 Namco Bandai is in push mode this Christmas season, with Ace Combat: Dark Horizon and Dark Souls both hitting before the end of the year.

But the run-in to the holidays kicks off today with B-movie-like alien shooter Earth Defense Force: Insect Armageddon for PS3 and 360. Developed by Vicious Cycle, it's a title Namco Bandai UK marketing director Lee Kirton has been promoting heavily behind the scenes.

It's a retail game with a low price at £25 and a limited publishing run, but Kirton is keen to assure the price is no indication it's a stinker.

"We are not underestimating the quality of the game by going to market with a mid price – this is the important first thing," Kirton tells VG247.

"The reviews themselves across print and online have shown that the game is of very good quality. We’re seeing a lot of 8s and 7s from a majority of UK media from today’s count. The scores are great. Coverage is flying in.

"We wanted to show support towards the cult fan base of the original with this new pricing strategy as well as give fans of action shooters the opportunity to pick up a great bargain quality game – we want more action fans to pick it up and see what the buzz is all about.

"It appeals to all B-movie fans and fans of Starship Troopers. As I would say, 'It’s a proper videogame'. It’s key to point out that this strategy is UK-focused and each European territory has a different strategy. This includes the US market."

But why not push it towards XBLA or PSN? Precursor EDF: 2017 is on Games on Demand. The answer is simple, according to Kirton.

"We want to give the game a chance at retail level with the attractive price point and great coverage. We believe it could do well with everyone’s support," he says.

"We’ve evaluated the sell-through of the original Earth Defense Force: 2017 and found that people loved it.

"EDFIA is now for both current gen platforms - 360 and PS3 - and this gives us a broader reach of action shooter fans, as well as those that want a great game to play in a quiet summer month before all the massive franchises come out.

"It’s quality and addictive gameplay that matches a lot of AAA titles recently released, and as an overall ‘videogame' it's better in most cases.

"Hopefully it does well and we’ll continue to make it available. That doesn’t mean that it won’t be available to Games on Demand in the future, but for now it’s not planned or confirmed."

Despite the optimism, though, Kirton admits launching smaller games like this into retail against the big boys isn't easy.

"Obviously it’s harder when you have much bigger franchises spending huge amounts on marketing, but, as witnessed by the first game, it has an audience and that word of mouth marketing works," he says.

"I’m hoping the previews and reviews speak for themselves with this. July is not a busy month and we have a good opportunity to make this a bigger release than the previous installment in the UK - especially with co-op game-play online.

"We are pushing it heavily within the media and investing small on the marketing side. A lot of this decision-making has given us the opportunity to go to retail with an attractive price positioning. It’s a lot of game for its price. Personally I’ve been pushing it on Twitter, as have the team. We have a lot of love for what it delivers."

After EDF, though, come Namco's own big guns. The company went large at its LevelUp event in Dubai back in May, showing off Ace Combat, Ridge Racer: Unbounded, Inversion, Armored Core 5 and Dark Souls, as well as announcing Soul Calibur V.

That goal of becoming a top five publisher? Namco Bandai has a chance, but it won't just get there with core games, according to Kirton.

"As we’ve said over the last year or so our goal is to compete in the western market with big, quality games, whilst working closely with gamers to deliver the best," he said.

"We are already a major publisher in Japan and we are working extremely hard to develop and publish games that appeal to the bigger market in the Europe and US. And don't forget, we still have a major focus on the kids market as well - we have the biggest boys license out there with Ben 10.

"As we’ve said over the last year or so our goal is to compete in the western market with big, quality games, whilst working closely with gamers to deliver the best."

"We have a lot of passion and energy going into our key titles this calendar year: Ace Combat Assault Horizon, Dark Souls and Ben 10 Galactic Racing."

"Next year will see the impressive third-person shooter Inversion - which is ground-breaking stuff - as well as Ridge Racer Unbounded from studio BugBear, who have impressed us over the years with FlatOut series," says Kirton.

"From Software's Armored Core V will storm its way into the market in 2012, and Soul Calibur V will dazzle fans of the major fighting series. We also have some exciting new titles within the Tekken series including Tekken Hybrid, and more news in the future."

While Namco holds a broad range of established IP, its not afraid to heavily back new properties, such as Enslaved. "New" relates to hardware, as well: the publisher's all over Nintendo and Sony's newly announced next generation.

"New IP is also incredibly important to us as well and we’ll continue to develop new experiences going forward," he says. "We've also had some great announcements recently following the Wii U and Vita conferences at E3, and we’re continued to focus on the Nintendo 3DS with the release of Dream Trigger, Ridge Racer, Pac-Man Galaga, Dual Pen Sports, Angler’s Club Bass Fishing, Ace Combat, Tekken, Tales of the Abyss and Pac-Man Party."

Part of the cult

While new paths are important to Namco, though, so is well-worn ground. While EDF has a cult following, it's eclipsed on the fanboy level by one Namco's other IPs. Since Tales of Vesperia launched in the west on Xbox 360 back as August 2008 - it didn't launch in Europe until June the following year - fans have been campaigning to get Vesperia PS3, Graces PS3 and Wii, and Of The Abyss on 3DS, released here.

In Dubai in May, they got their wish - sort of. While there was no Vesperia for PS3, Tales of Graces for PS3 and Tales of the Abyss were announced for Europe. And depending on the games' successes, there may be more on the way. Yes, that may mean Xillia could come here too. But Kirton insists that, for the time being, "nothing else is confirmed."

"The key for us to bring as many of the quality Japanese franchises to Europe in the best possible and most effective way," he says.

"The Tales of series is a pure example of quality RPGs. I’ve witnessed over the years with Tales of Vesperia, Eternal Sonata and others, that we have a dedicated passionate fan-base out there and superb games in these genres.

"The key is finding the fans in the UK and making as many of these experiences available as we can with the formats we have.

"Recently, we announced Tales of Vesperia for Games on Demand as we found that it may have been a harder retail challenge long after it was originally launched. It was also hard for new audiences to find the game anywhere other than eBay. Making it available digitally gives it a lifelong availability, and that is important to fans of the series and genre."

Next for Namco Bandai comes gamescom, with the main focus set to be Dark Souls and Ace Combat: Assault Horizon. But word to the wise: you might want to watch for new stuff.

"We're heavily committed this year to hands-on for all our key titles. We have some new content that we wish to share over the next two months and stay tuned for new announcements," says Kirton.

"We really want to get Ace Combat: Assault Horizon and Dark Souls into everyone’s hands, and we have some new content to share across our key releases as well. Inversion received some great praise at E3, and we’re continuing to push this title as a major player in the third-person shooter market come February 10, 2012."