Omega Force wants Attack on Titan 2 to have the same menace as the original comic series.

The Attack on Titan video game is certainly entertaining, but never quite gets under your skin the way the anime or manga did. The books in particular made these lumbering titans absolutely frightening - they're horrific to look at, almost impossible to kill, and keep picking off your favorite allies until you're completely alone. That's a spirit Omega Force wants to get back to for Attack on Titan 2, instead of focusing largely on the mechanics of giant-killing.

"Because we really focused on the anime fans, the difficulty level [for Attack on Titan] was a little easier than what traditional game fans are used to," producer Hisashi Koinuma told Polygon. “The threatening menace of the titans wasn’t as strong, so for the second game we’re currently working on that. "With the first one we really focused on the Omni-Directional Mobility Gear movement, making that fun and easy to operate, so the focus on the titans wasn’t really the key factor.

"In terms of making the titans scarier, it’s really the AI themselves, giving them a lot more variation ... to add that element of fear and to make it more like the original comic. You don’t know when the titans will attack, you’re constantly in this state of fear." 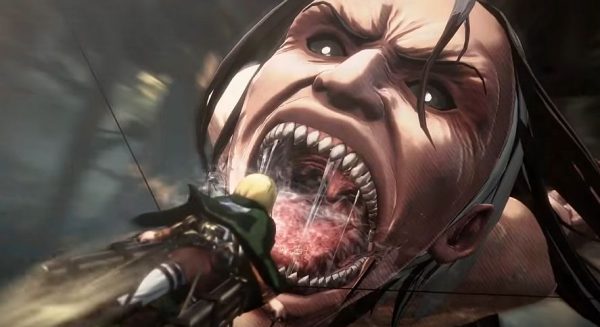 That being said, fans who preferred the first game's relaxed approach won't be forgotten either. The current plan is to provide various difficulty options for whatever action pace a player might prefer. Attack on Titan 2 will also have a stronger narrative focus, including side stories for each hero and camps where teammates can have conversations with each other.

"The game story will follow season 2 but it’s more like we did with the first game," Omega Force manager Hideo Suzuki explained. "We had a bit of original story after the anime season ended. Characters will have side stories. We’ve [worked with] the original manga creator and publishing company Kodansha; they’ve been supervising the content. We’re not diverging too far from the original character settings."

Attack on Titan 2 launches for all platforms - including the Switch - in early 2018.