Pledging yourself to Sciropscire in Assassin's Creed Valhalla begins the War Weary quest.

In brief, you're given 650 pieces of silver by Bishop Deorlaf. The money is meant as an inducement to peace between Ivarr and King Rhodri — but who should you give it to?

There are five options for who gets the Bishop's silver:

Give the silver to Lady Angharad

The wife of King Rhodri and probably the most level-headed person in the situation, Lady Angharad will entertain your offer even if her husband won't. She suggests you donate that silver to the kingdom's treasury, and in return she'll help to smooth things over. 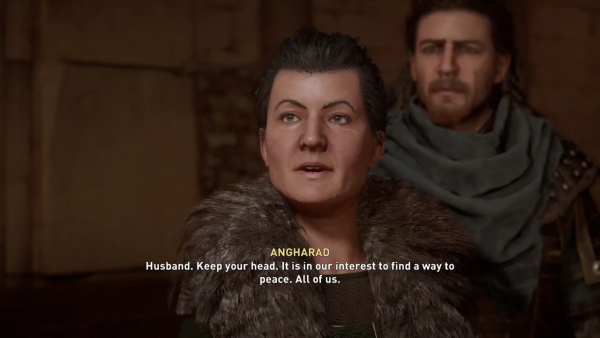 Outcome: Ivarr won't take kindly to his enemies taking a pay-off to make peace with him. He'll start a battle that engulfs the whole town and results in many deaths.

Lady Angharad is the only character on this list (other than Eivor themself) who is ultimately making it out alive. Getting on her good side won't prevent the fight, but it will ensure she remembers you fondly later on. Give her the silver and down the line you'll receive a gift from her: the Briton Cloak Brooch.

However, other than being a unique item, this trinket isn't particularly worth the effort. Its resale value is only 38 silver (i.e. far lower than the 650 you effectively spent on it) and it doesn't confer any benefits. Lady Angharad also doesn't reappear in the story after this point anyway.

Unless you're committed to playing Eivor as diplomatically as possible — or just really want to see every one-off item in the game — this choice doesn't really have too much going for it.

Give the silver to Ynyr

King Rhodri's military adviser makes more or less the same promise as Lady Angharad: he'll talk the king around in exchange for the silver. The only real difference is that Ynyr intends to keep the money for himself rather than use it for the good of the kingdom. 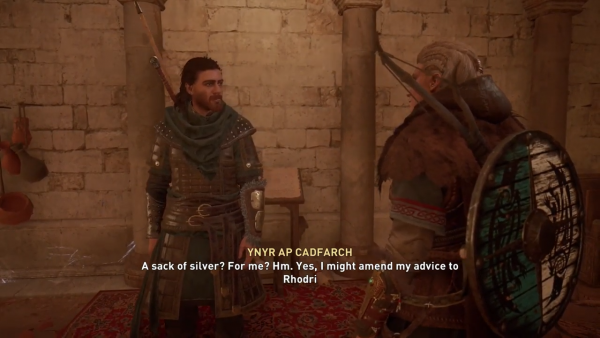 Outcome: Not too different than the above: Ivarr takes exception and starts a fight of epic proportions. Ynyr will slip away in all the chaos, along with the money if you gave it to him. He'll return a bit later in the story as an enemy you fight and kill, but you don't get the silver back either way.

Give the silver to Gwriad

The king's younger brother isn't that sympathetic towards his sibling's troubles. You can tell because he will agree to kill Rhodri in exchange for the 650 silver and his own shot at taking the throne. If you're not a big King Rhodri fan, this can be quite a tempting choice. 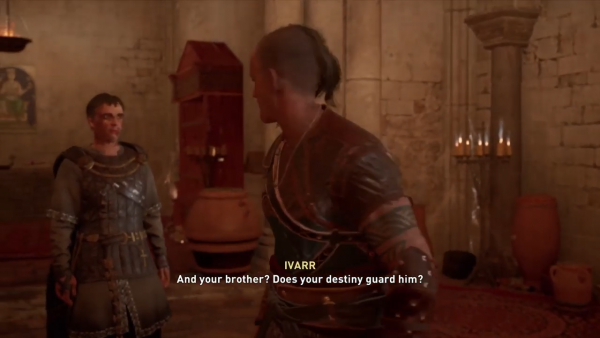 Outcome: Unfortunately, Ivarr still starts a fight out of sheer boredom — and whatever sets him off, his first act is always to slit Gwriad's throat. While this doesn't sound good, it's actually one of the better options from Eivor's point of view. This is because they can loot Gwriad's body and get the 650 silver back straight away. It's then theirs to keep.

If you don't want to roleplay Eivor as someone who directly lies and steals to get the money, but you do want to keep the silver, this is the option you should pick.

Give the silver to Ivarr

Ivarr's clearly not the nicest guy around, but he is sort-of on Eivor's side (for the moment at least). He's also — as is apparent from his actions in the other routes — dying for any excuse to start a fight. Eivor has the option to give him the money in the hopes that it calms him down, or at least takes his mind off it for a while. 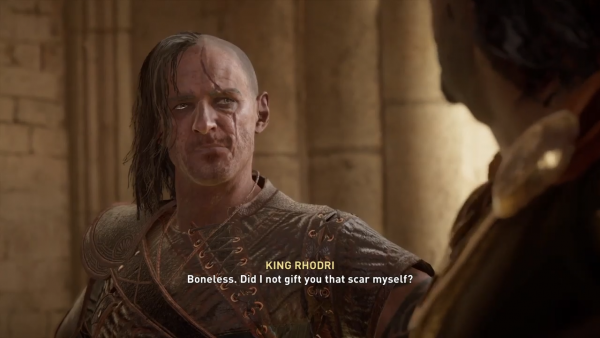 Outcome: Bad news, I'm afraid: Ivarr is absolutely starting this fight, no matter what you do. Doing your best to be nice to him has no lasting impact, either during this quest or later in the game. And when you do inevitably get on his wrong side and have to fight him yourself later on, you still don't get the silver back.

So unless you strongly feel that this is the right choice for the way you're roleplaying Eivor, there's really no benefit to it.

Have Eivor keep the silver for themself

Alright, lying to the Bishop isn't the most honourable approach to take, and it's not going to make either Ivarr or King Rhodri reassess their stance on the war. But the game will let you do it, and then who's 650 pieces of silver richer? Eivor, that's who. 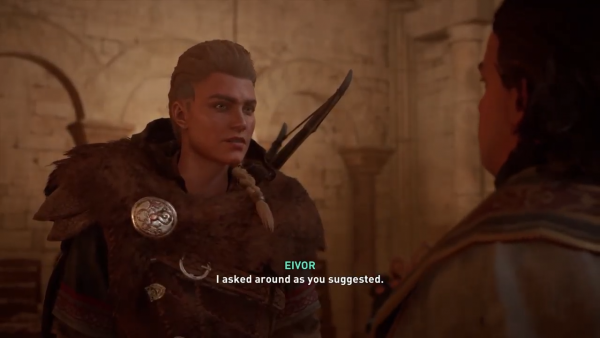 Outcome: As we've already said, Ivarr's going to kick off no matter what choice you make. So if you're meta-gaming this decision (and you're reading this guide, so I'm guessing you might not be opposed to that), choosing to keep the money leads to the best outcome, at least materially. Eivor can spend the 650 silver however they choose, and there are no repercussions later on for doing so.

Unless you're RP-ing Eivor as the sort to take the moral high-ground, this is the easiest way to get the best reward.

Which should you pick?

In the end, the outcome of this quest is basically identical. No matter what choice you make, Ivarr can't contain his bloodlust and the peace negotiations end in disaster. So, aside from any considerations you might have about how to roleplay Eivor, it really comes down to a ruthless calculation about what you stand to gain.

With that in mind, either choosing to have Eivor keep the money for themself or give it to Gwriad are unambiguously the best options. You get no benefit at all from giving it to Ivarr or Ynyr, and the reward for giving it to Lady Angharad is so minor as to have no lasting worth in the grand scheme of things.

If you pick Gwriad, just remember to loot the silver back from his corpse after Ivarr kills him. 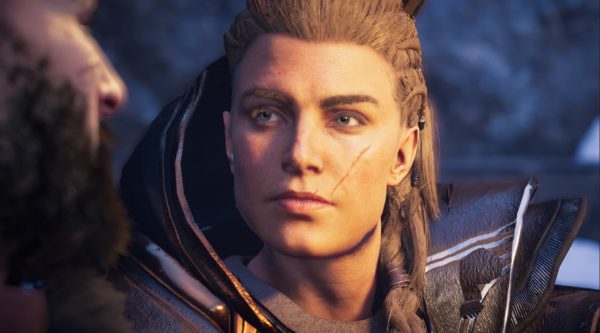 For more Assassin's Creed Valhalla guides, check our our hub page for everything you need to know about leading the Viking conquest of England.