Releasing a $20 expansion for a Steam Early Access game has naturally made more than a few players unhappy. 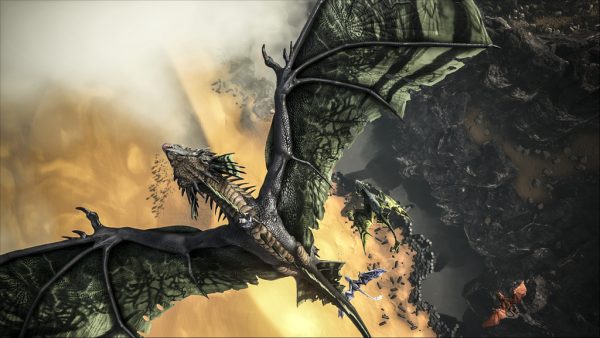 Despite still being in Steam Early Access, Ark: Survival Evolved has received its first paid expansion. Scorched Earth is available now for $20, and the fan backlash has not been kind.

Steam reviews for the expansion itself are mostly positive, it's the reviews on the main game's page that are the problem.

The game has received so many negative reviews recently that the overall tag changed from Mostly Positive to Mostly Negative in the few days since Scorched Earth's release.

The most common complaint seen in these reviews come from players who have been with the game since its early days. These players are not happy developer Wildcard is spending time making paid content when the main game is yet to be finished, they feel burnt.

"Started off as shining example of how to do early access. Ended up a complete disaster after the developer went off on adventures of making Survival of the Fittest, console versions and paid expansion while still in early access!" said one disappointed player, referring to the recently announced and cancelled free-to-play spin-off.

"No wonder the game is so behind schedule."

Another player called the ability to tame dragons in Scorched Earth and bring them back to the main server "pay to win", since the feature isn't available to owners of the original game.

"They must have given up on developing this game, they used to do free content releases and updates under the tag of "finishing the game," they instead opted for optional DLC and as of now 20$ paid DLC," added another.

These reviews echoed the feedback available on other forums, which prompted a Studio Wildcard developer to reply to one such review on Discord, calling the player "too cheap to pony up $20". The post has since been deleted, but you can see a screengrab of it through here.

The staff member in question has since apologised on Reddit.

"Was an OK game, Alphas Dinos started to ruin it but now they have the cheek to release DLC and charge more money for it instead of finishing the game that people have bought," another player noted. "I would stay away and wait to see how else they plan to squeeze you for money."

Scorched Earth brought a whole new island with a desert setting to the game, complete with new creatures and craftable items. It's the first piece of paid content to be released for Ark.