APB: Retribution developer Blazing Griffin looks to show the world that tablet gaming is more than just crushing candies and hurling birds. It wants to scratch that violent, mature itch with a Hotline Miami twist. 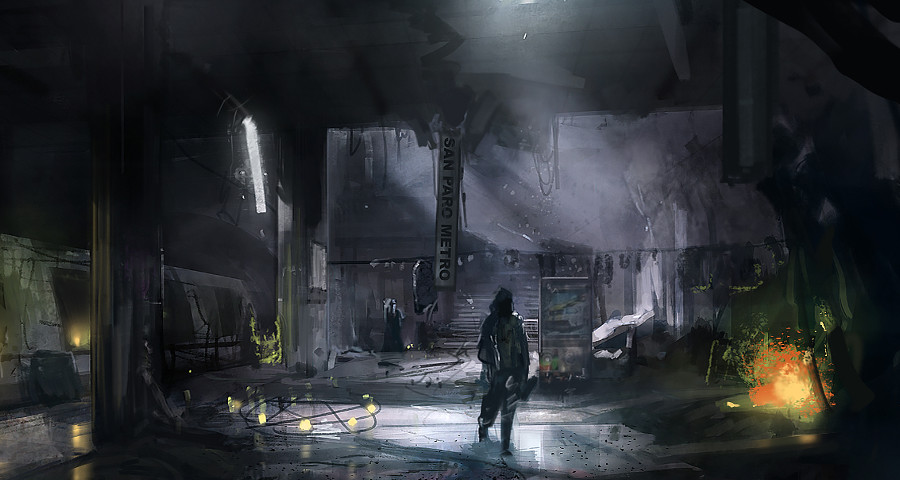 The rise and fall of prolific Dundee studio Realtime Worlds is well-documented. It was an intriguing story, one that saw former Grand Theft Auto developer Dave Jones taking on the world with his own crime-fuelled sandboxes Crackdown and APB. Following years of delays and mounting investment from third-party firms, Realtime's MMO released to negative reviews. The company collapsed shortly after.

As the administrators tied up their loose ends and shuttered the business, the press began to ask difficult questions as to why this was allowed to happen. It's now over three years later, and the demise of Realtime Worlds is scarcely spoken of beyond Scotland's borders. But what happened after the doors shut on 152 West Marketgait for the last time might make for less-attractive headlines in the mainstream press, but is arguably a more palatable story.

From the ashes of APB grew a new wave of smaller, but ultimately wiser start-ups that had that negative experience on their side. The closure of Realtime Worlds was indeed a kick to the kerb for many of Scotland's talented game creators, but here they are today working smarter, harder and with renewed focus. The APB brand itself has endured, thanks to a make-over courtesy of Reloaded Productions, and it lives as a refined and improved MMO on Steam.

APB: Reloaded still enjoys positive thoroughfare online, but Reloaded Productions managing director Michael Boniface told me during a recent interview that he's never been one to let a good brand lie. He sees potential in branching out the city of San Paro and the gangs that dwell within to new properties on a variety of formats. The first proposed off-shoot was APB: Vendetta, an arena shooter that offered a wide range of deathmatch parameters, similar to Timesplitters and its ilk. 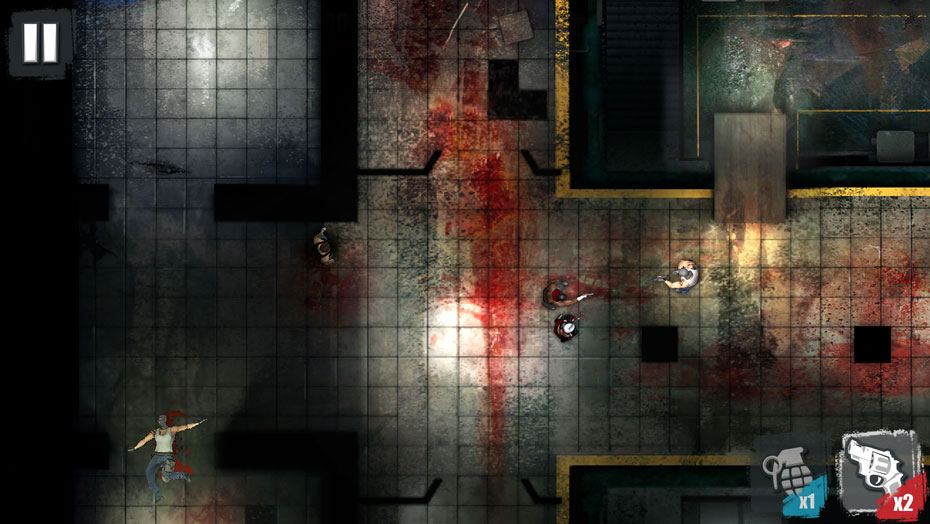 The game failed to hit its target on Kickstarter, but Boniface said that the team simply took that as constructive criticism from the public, and began seeking APB's expansion elsewhere. If there's one thing to be taken away from the Realtime Worlds closure, it's that listening to your critics and acknowledging the market can prove valuable, and this is clearly something Boniface most certainly understands. The result is APB: Retribution, a violent, gritty experience that looks to fill the gap in a tablet market dominated by simplicity, clones and colourful play-things.

During our conversation he cited attempts to bring maturity to the tablet market through games like Dead Space, a title that tried to replicate the home console experience on iPad. To Boniface, it was a classic case of square hole, round peg thinking that fell flat, due to the incompatibility of analogue controls and touch inputs. His team enlisted the development skills of Edinburgh studio Blazing Griffin to create Retribution, and to make it something that would feel at home on a touch device without succumbing to the pared-back nature of games on iOS today.

I played it for about 40 minutes and I only stopped when the iPad's battery died. Retribution takes many cues from Hotline Miami and employs a similar, top-down perspective, throwing the player into areas filled with patrolling guards capable of killing you in one round or swing of the knife. It's hard, so wretchedly, infuriatingly hard. You'll die often, but like Dennaton's neon-laced hit, you'll fail, suppress your anger (visibly at least), swallow your pride, hit the retry icon and run back into the grinder until you make it through relatively unscathed.

Managing director at Blazing Griffin, Peter van der Watt stressed that APB: Retribution is probably one beat slower than Hotline Miami, but that makes it no less challenging. The studio was keen to add a new layer of gameplay into that template, and this comes from the ability to stealth run stages. Until I sat down to play the game in the studio, nobody outside the team had played Retribution. They told me I was the first person to try and stealth run the entire first stage. They looked on to see what I'd do. 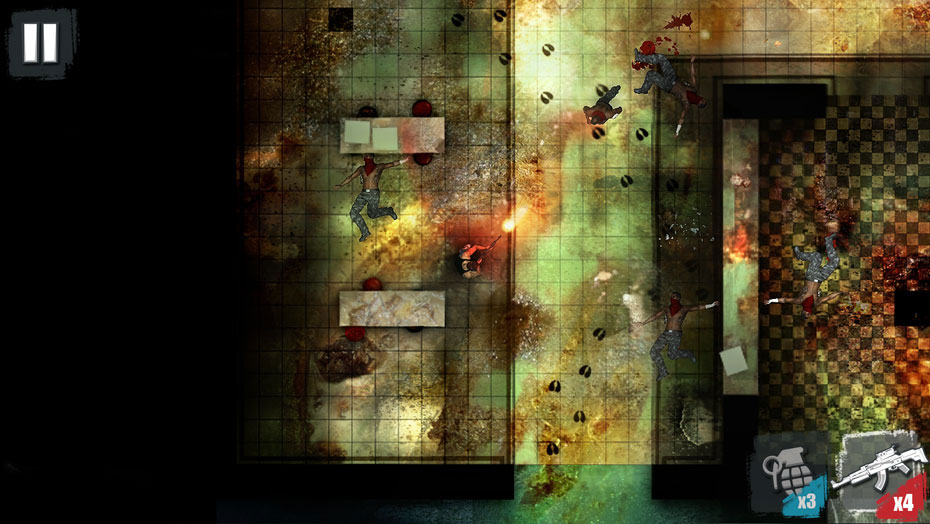 Unlike Hotline's white-suited goons, the members of Retribution's Horca gang come with cones of vision so you can strategically skirt around their gaze. So off I went, hiding behind the many walls and piles of trash heaped around Retribution's entirely hand-painted stage. It's a dark game, so being smart and moving slowly is the key to avoid running into an enemy's line of sight. You can even use the game's light/dark icon to lay low in shadows and jump between hidden vantage points to remain undetected.

I moved between wells of shadow by dragging my avatar around. Spotting a chance to kill an enemy from behind with no one seeing, I sprinted behind the chap by tapping him on-screen, only for him to turn and kill me in a second. He had heard the sound of my running feet on the concrete. So yes, Retribution also has a sound meter than also threatens to give away your position. The key is to drag your finger ahead of your hero ever so slightly to make him walk slowly and silently. Drag it further and he runs noisily.

Death is annoying in APB: Retribution, but it's that same brand of annoying delivered by Hotline Miami. You want to keep on replaying just to prove the bloody thing wrong. I certainly did, but then again I only caught a small glimpse of one stage. I was told that the game does get harder as you go, and that there is a narrative with many eccentric and ruthless characters to unfold. So while it's less ambiguous than Hotline Miami, I'm told there's still plenty to see.

With that in mind I'll need to play a lot more of APB: Retribution to gauge if the full experience can sustain over many levels. I'm convinced that the foundations of a truly challenging and sadistic spin-off are there, but I just need to sample it all from start to finish to make a proper judgement call. For now though, I'm sitting here still smarting from that first level beating me senseless, yet I'm yearning for just one more try.