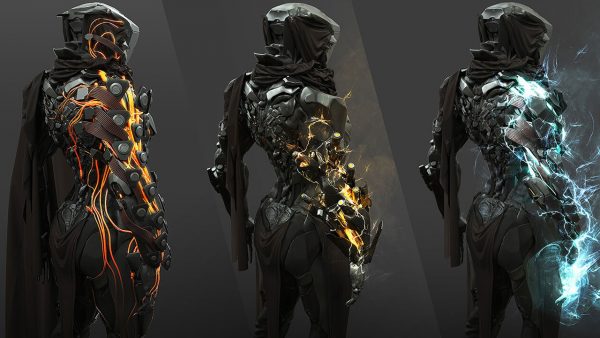 Anthem, BioWare's next big game, was no doubt one of the highlights of the Xbox E3 briefing. Since the moment EA showed that short teaser yesterday at its own conference, everyone started talking about it.

The trailers shown on the weekend didn't feature a release date, and that's because the game is still a ways off. In a press release following the Microsoft E3 conference, EA said that Anthem would release in fall of 2018.

This comes as a bit of surprise. During EA's recent financial call, the publisher revealed it would release Anthem (then unnamed) in FY2019, so everyone just assumed it's going to be out just after March 2018, maybe April or May, but it looks like there's still a lot of work to do.

Fall 2018 is a long ways away, but the release window is interesting for a couple of reasons. Assuming it doesn't get pushed to 2019, Anthem should show up again at next year's E3. This gives BioWare enough time to talk about and show various parts of the game in the run-up to the show, and post-E3 leading up to launch.

EA never showed Mass Effect: Andromeda gameplay at any of the E3 shows prior to its release, which got fans seriously worried, and many even suspected the game's development to be troubled, which turned out to be true according to recent reports.

Hopefully BioWare will do a better job of explaining what Anthem is prior to its release, and if the game is good, it may even redeem the Canadian studio in the eyes of its fans.