Anthem was on the show floor at gamescom this week and we sat down to splat some bugs.

It’s quite telling that this new game from BioWare, a studio famous for its massive single-player RPGs, was only playable in multiplayer.

Two so-called 'game journalists' walk in, suit up in a Ranger - the versatile all-rounder javelin (an exosuit, basically) - and play with two developers: one in a beefy Colossus and one in a Storm, an elemental suit.

After having a lot of fun with the demo, comboing powers with my new pals and basking in the beautiful destruction, I had to ask: is Anthem a lesser game if you’re playing solo? 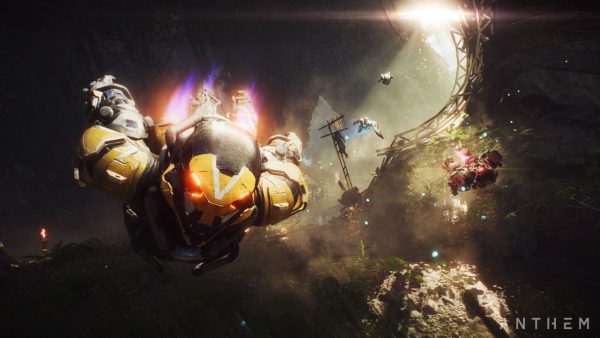 “The experience is different, but I don’t feel like it’s lesser,” game director Jonathan Warner tells me.

“Personally, I’ve played it for a long time and I feel the real magic of the game is when you’re playing with a squad. Because then you can pull of combos. When you see someone zooming over your head in a Colossus, there’s a moment of, ‘Oh, shit!’. I love that.”

You can play Anthem on your own if you want, but it’s clear that’s not the best way to experience BioWare's latest.