Farmers set their clocks to match Call of Duty’s calendar, or so I imagine.

They spread their fertiliser once the reveal trailer goes up in May. Then, once the inevitable pre-release controversy sets in a couple of months later, they know it’s time to begin the harvest. Finally, as the midnight launches take over shops, they’ll sow the seeds for the next crop. Climate change may be wreaking havoc on the seasons, but Call of Duty at least remains predictable year to year.

While Activision Blizzard’s recent output has been defined by live service shooters like Overwatch and Destiny, the publisher is steadfast in its annual plan for COD. “We do still see new launches as a critical part of our future,” says Robert Kostich, the president Activision presumably swore in after realising he was getting all of Bobby Kotick's mail anyway. “These new releases have been and continue to be huge engagement drivers for our community because they bring a robust set of new experiences to our fans.” 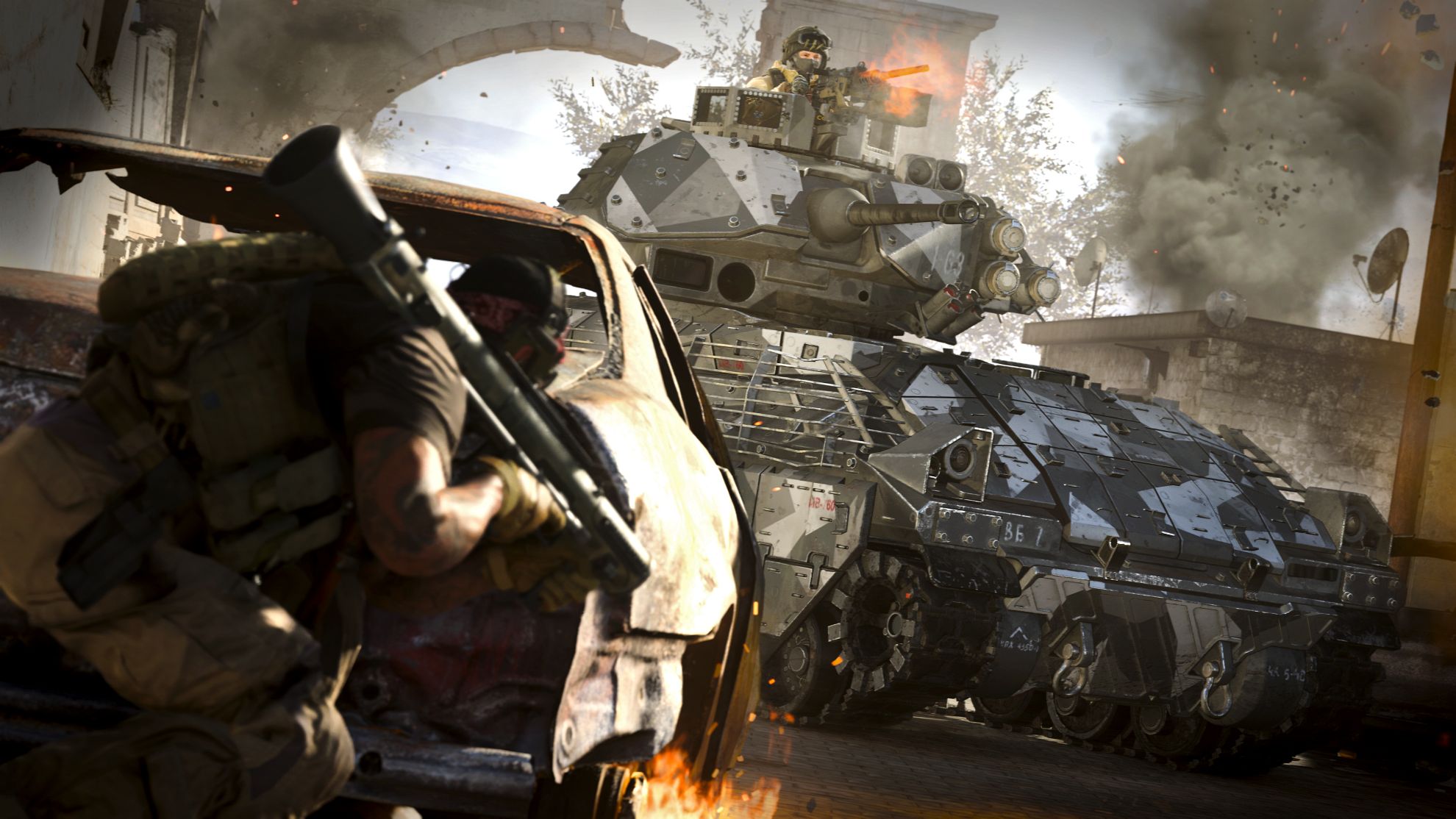 And so the annualisation is set to continue. That’s a word players are wary of, and often they’re right to be. For many annualised series - particularly the sports titles with a year on the end - a development cycle lasts months, not years, and leaves little opportunity for meaningful change. Outside of the sports world, the word is synonymous with greed. Annualisation can drain public enthusiasm for the same old ideas, repackaged and updated. In fact, it can be lethal - after all, it was Activision who put Guitar Hero to sleep after half a decade of oversaturation.

For Call of Duty, by contrast, annualisation has ensured variety, the development of new ideas, and ultimately survival. Behind that success is the multi-studio system Activision has set up to support the series and line its own pockets.

Although for a long time associated solely with Infinity Ward, Call of Duty has been a multi-studio project almost since its inception. The very first game’s expansion pack, United Offensive, was developed by Gray Matter Interactive - who you might remember made Return to Castle Wolfenstein before disappearing off the face of the earth. That’s because its team was folded into Treyarch, granting them the numbers to become COD’s second studio.

Infinity Ward’s early COD games were rooted in the respect of Medal of Honor, a series Steven Spielberg kickstarted through close consultation with World War 2 veterans. While full of bluster and driven by an Indiana Jones sense of adventure, their reverence was ultimately limiting. Even Modern Warfare, which took the series to the peak of pop culture, was restricted to representing contemporary conflict as it was - rather than twisting or embellishing it. It took the newly united Treyarch, bolstered by Wolfenstein’s horror DNA, to step outside the self-imposed boundaries of the series.

World at War, one of the two Second World War shooters Treyarch made under the COD banner, less resembled Saving Private Ryan than ‘70s war films of the post-Vietnam era. It was bleak and brutal, opening with a Japanese officer stubbing a cigarette out in a US soldier’s eye. Dehumanising the Japanese proved to be the series’ first great tonal misstep, but it also led to the invention of a COD cornerstone. While directing a motion capture scene set during the aftermath of a US bombardment, Treyarch instructed the actors to shuffle like zombies, mimicking concussed Japanese soldiers. Later, when searching for a theme to its new objective defence mode, the studio came back to those recorded performances and COD Zombies was born.

The result was so popular that it’s been a fixture of nearly every Call of Duty since - even those made by Infinity Ward. Were it not for Activision’s rush to expand the series beyond the studio who created it, Zombies would’ve never happened.

Treyarch’s willingness to step away from history and current events - a trait that early COD diehards, me included, sniffed at with disapproval - led to another series mainstay, too: speculative fiction. By Black Ops 2, soldiers were operating wing suits, and by Black Ops 3 we’d reached a Third Cold War in 2065. That trend has led COD down some daft cul-de-sacs at times, but there’s no doubt that the excellent Infinite Warfare wouldn’t exist without that first push into the future.

Most significantly, that tag-team approach to developing the series ensured its survival through a devastating period for Infinity Ward. The creation of Apex Legends’ Respawn left the once-proud Infinity Ward without its founders and a huge chunk of its core staff. By then, though, Treyarch was no longer an off-year substitute for the real thing, but a confident outfit in its own right with real storytelling ambitions. Black Ops was ready for its time in the sun, and we only had to endure one lacklustre entry from Infinity Ward - Ghosts - while that studio found its feet again. 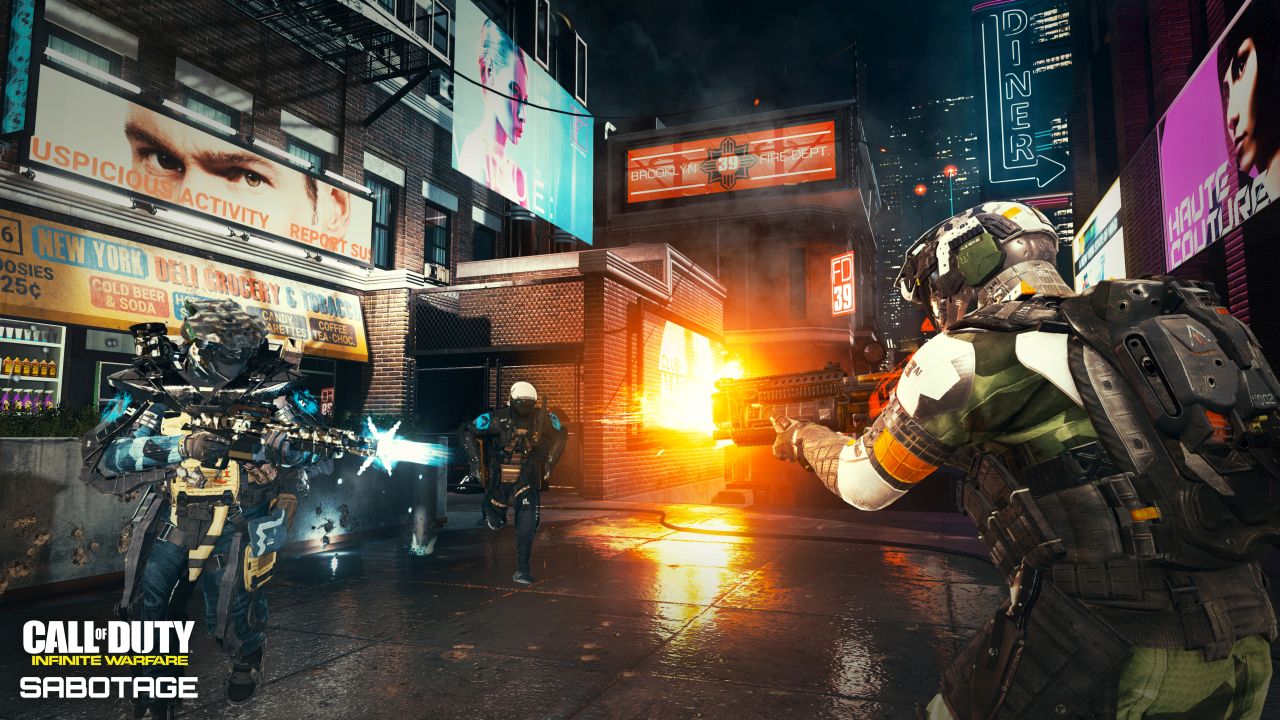 Nowadays, Call of Duty functions as a three-studio system. Sledgehammer, the team that transfused a bleeding Infinity Ward during the making of Modern Warfare 3, has joined the top table. Thanks to a staggered schedule, each COD studio now has three years to make their next entry - by no means an eternity in game development, but long enough that the series is able to reinvent itself, reacting to trends like battle royale.

The fact that COD no longer has one dominant studio has allowed for different creative voices to come to the fore. While Infinity Ward has followed Treyarch into speculative warfare, Sledgehammer has asserted itself as the grounded COD studio, reflecting current concerns over the power of private military companies, and taking the series successfully back to World War 2.

Of course, the test of any great system is how well it performs under pressure, which is what we’ll get to see next. In May, Jason Schreier reported that COD’s 2020 entry was being reworked. Regular support studio Raven had been given leadership of the project, with Sledgehammer as backup, but that hadn’t worked out - and now Kotaku’s sources suggest that Treyarch will be transforming their campaign into Black Ops 5.

It’s a recipe for creative tension, and potentially crunch, and I’m personally hoping it doesn’t upset the balance these studios have maintained so gracefully for so long. Looking back on it now, 15 years after COD’s annualisation started, it’s beginning to look like a dynasty.