To broaden the knowledge of the arts on your island home, here’s how to unlock Jolly Redd’s Treasure Trawler, as well as tell whether the paintings and statues for sale in his gallery are fake or real.

Redd is one of nine NPCs who randomly visit your island on weekdays — meaning you might in theory see him as often as once a week, though in practice he'll more likely take two or even three weeks between appearances. On his regular visits he'll park his Treasure Trawler on your island's north beach, and from there he peddles masterworks from around the world – but there’s a catch.

In Redd's inventory are pieces of deviously crafted fake art, paintings and statues, which could fool even the most meticulous collector. However, your old pal Blathers will be able to give anything you buy the definitive seal of approval.

All of the pieces are Animal Crossing versions of a world-famous tour-de-force by some of the most respected practitioners in history - including van Gogh, da Vinci, and Rembrandt, as well as classical Japanese artists.

Not only can you display these new art pieces in your home, but Blathers has opened a whole extra wing of the museum to show them off. By submitting pieces to the museum, you'll get some extra information on their artist and creation. 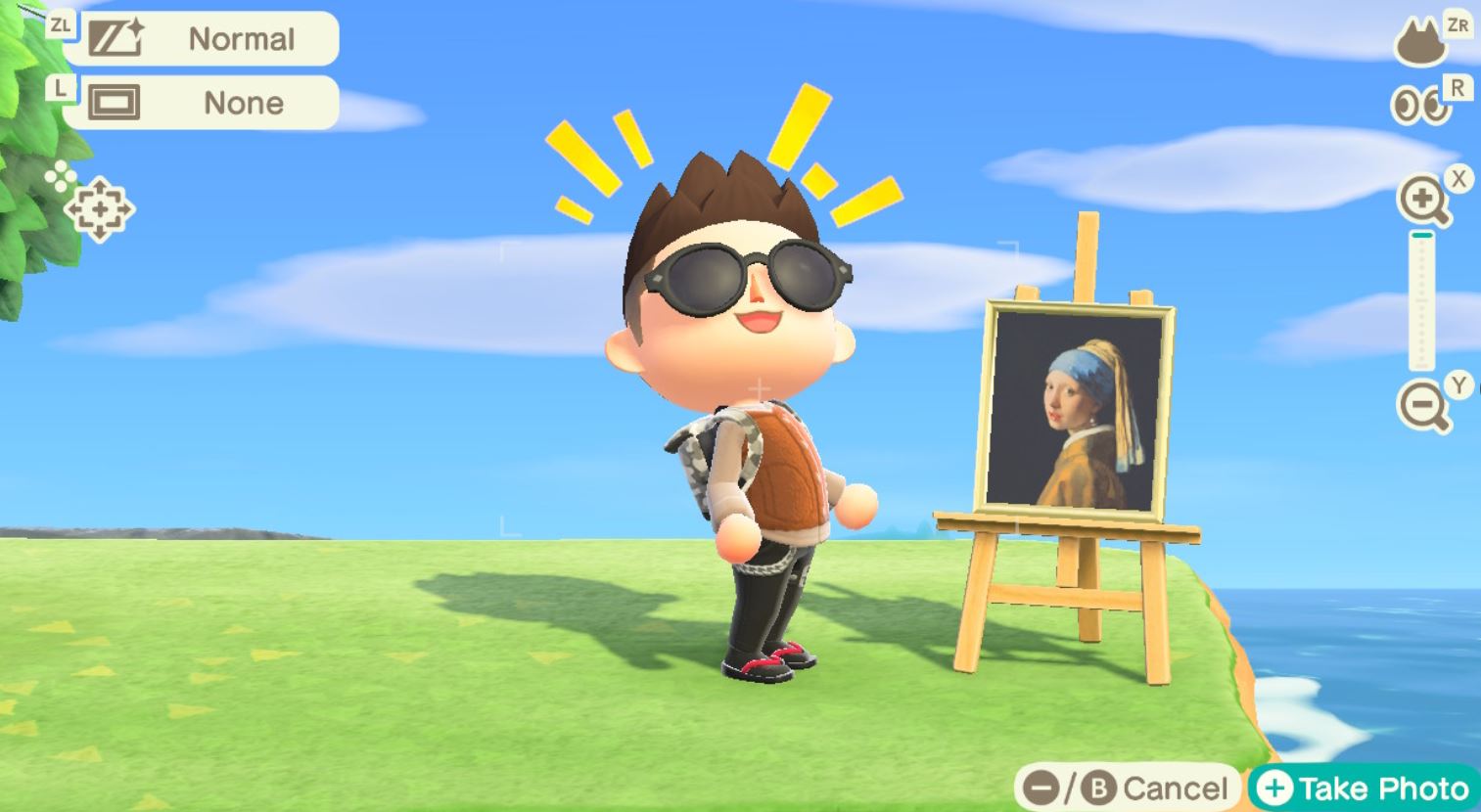 How to get art and unlock Jolly Redd's Treasure Trawler

Redd wasn't included in Animal Crossing: New Horizons at launch, but he was added with the game's first major update last April. If you're new to the game and haven't yet unlocked Redd's visits, here's how to do so.

In order for Redd to begin visiting your island, you'll need a museum with an art wing. To unlock the Museum building, you'll first need to donate five critters (bugs, fish, and/or sea creatures) to Tom Nook when he asks for them (this should happen in the first few days of your game).

Tom Nook then gets in touch with his old pal Blathers, who'll set up a base camp from which to study your island's natural history. Give Blathers a further 15 critters after he asks for them and he'll decide to make your island his new home, and begin construction on a museum. 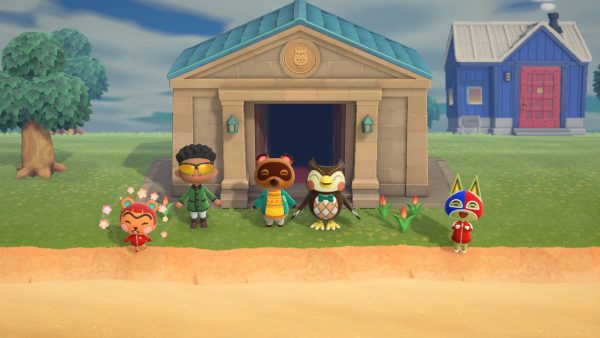 Once the museum is built, donating a further 40 critters and/or fossils to Blathers (for a total of 60 donations since your game began) will lead him to make the following announcement: a new fine art wing is being planned. There's no time limit on any of this, by the way, so don't stress if it takes you a little while to find 60 unique donations.

After announcing his plan for the new exhibit, Blathers will ask you to keep an eye out for art to put on display, and to bring him any you find.

Now wait until the next day and look around your island. You should find a new visitor – the sneaky orange fox, Redd. He’s managed to drop his “crazy” moniker from previous games, but he’s no less wily. 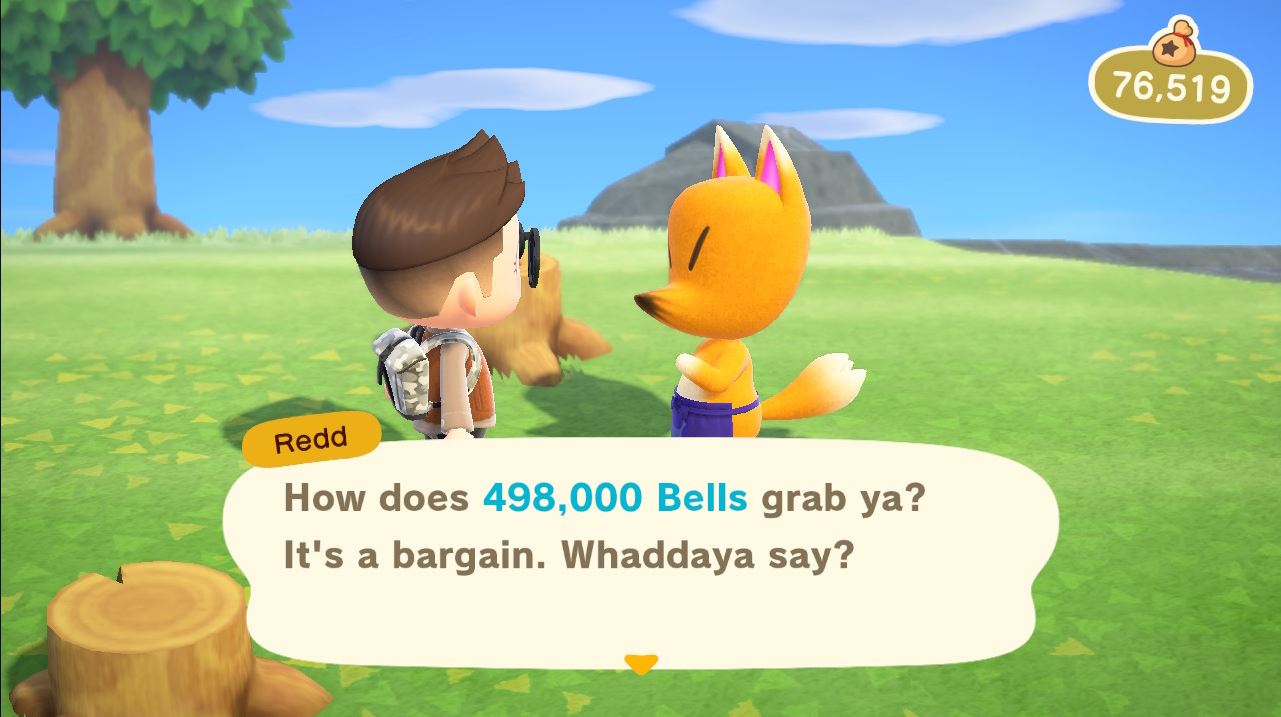 Speak to Redd and he’ll offer you a totally legit piece of artwork for the low-low price of about 498,000 Bells. When you baulk at the figure he’ll drop the sum 100-fold, and you’ll only have to pay 4,980 Bells. The first piece of art Redd sells you is random, but will always be real.

Take him up on the cut-price deal, then go and show the art to Blathers. With the pristine painting now in his possession, Blathers will begin construction on the new-and-improved Museum.

That means it’ll be closed for a full day while renovations take place. 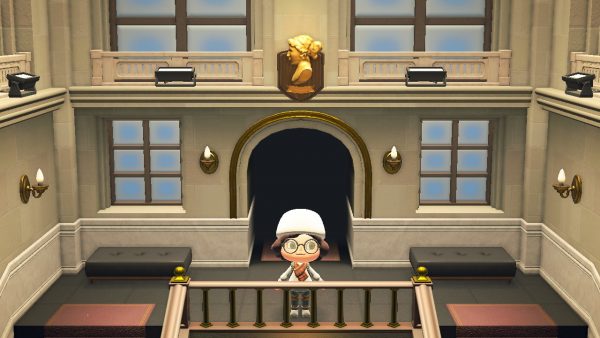 Once it’s done-and-dusted, you’ll be able to peruse the fine art room of the Museum. Head back outside for a celebratory ceremony if you want to have one, then look around your island.

The devious Redd should appear again, only this time when you speak to him he’ll say he’s dropped anchor on the northern shore. This location is commonly known to players as the secret beach, the secluded little area tucked away at the top of the island map (you’ll need a ladder to get there).

Now you can head up to Jolly Redd's Treasure Trawler to visit his art gallery showroom. Inside, there will be two furniture pieces, and four pieces of art.

However you need to be selective: Redd operates a strict limit of one piece of art per player per day, although you can grab as many furniture pieces on top of that as you like. 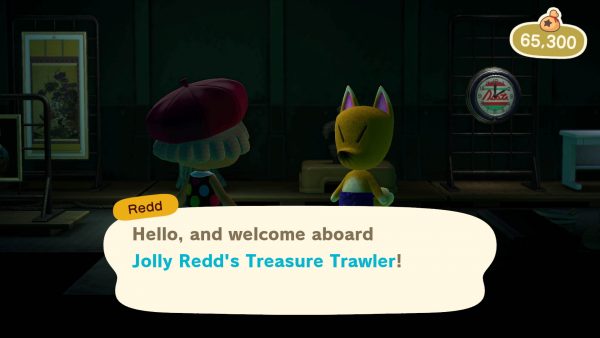 There are a total of 43 art pieces to be found in the game, and Redd's price is invariably the suspiciously specific amount of 4,890 Bells.

For all his faults, though, Redd is the only reliable source of artwork in ACNH. Very occasionally you should receive a gift of art in the mail from one of your villagers, but there's no guaranteeing if it will be genuine — and if it is, it might be a repeat of something you already have. So at least with Redd you can exert a little control over what you're getting.

Redd is a weekday island visitor, turning up in rotation with the likes of Gulliver and Saharah, so he won’t be there every day. In theory he should appear once every couple of weeks, but there's an element of randomness involved. With these sporadic visits, expect it to take quite a while to acquire all 43 exhibits for your Museum's art gallery. 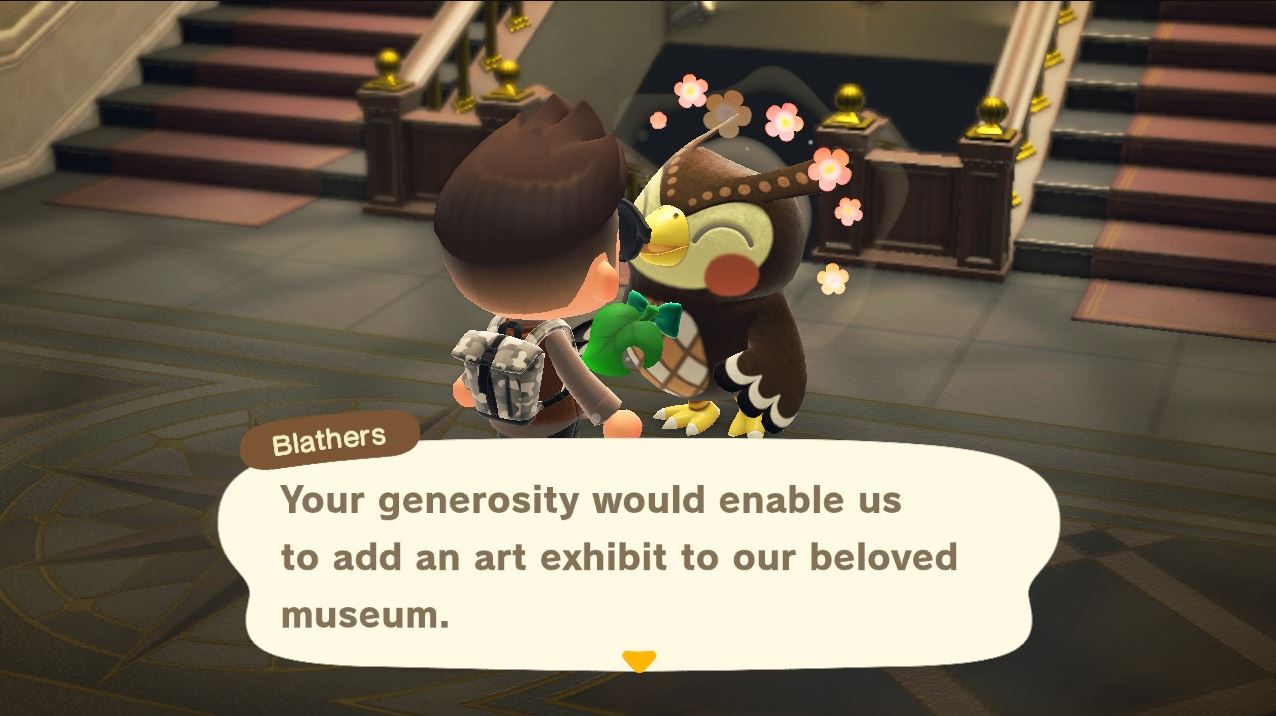 Once you’ve purchased a painting or statue from Redd, he’ll ship it to your mailbox to collect the next day. Hand it over to Blathers to confirm its authenticity, and unless you've been duped, he'll happily take it off your hands and put it out on display.

How to spot Redd's fake art, paintings and statues

If - like me - you haven't had the luxury of whiling away the years on an art history degree, then the subtle discrepancies in the fake art pieces can be difficult to spot - especially the paintings.

One tip is to use the zoomed-in view you get of a piece before you buy to thoroughly inspect it.

It is possible for Redd's inventory to be all fake, the rotten scoundrel. If this happens, you can either buy one of the counterfeits to display in your own home or leave the trawler in a huff.

As your collection increases, it's also possible for Redd's stock to be made up entirely of repeats of items you already own, even if they're all genuine. Redd can be frustrating that way. 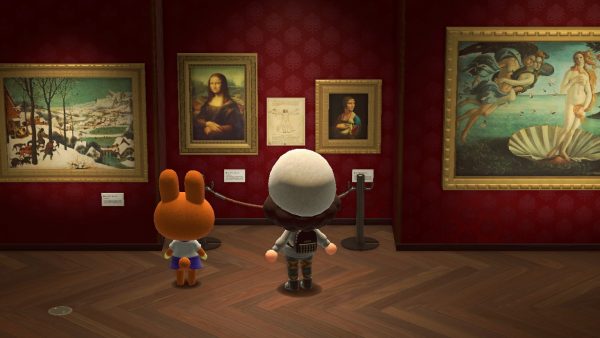 The differences between the authentic and fake paintings - as well as the statues - were reported on the r/AnimalCrossing subreddit by u/Acadiaa.

We've listed all of the errors which out them as fakes, as well as adding pictures of the real art, so you can make comparisons with what Redd's stocking. Not every work of art has a fake, so we've included those too just to make things easier and set your mind at rest before you buy.

Refer to the lists below for a full run-down of what you need to know.

Below is a list of all of the paintings in Animal Crossing: New Horizons, including their real-world counterparts.

Click or tap the images for a larger view.

Below is a list of all the statues in Animal Crossing: New Horizons, as well as their real-world counterparts.

We've rounded up a list of everything that makes the bogus ones fake, and included a picture of the real thing for your reference. You can click or tap the images for a larger view.

With a few of the faux masterpieces, it's not just the mistakes that tip you off to their authenticity. There are a few works the community have dubbed "haunted" paintings and statues because of their habit of doing weird and wonderful things.

The haunted Ancient Statue which levitates from its podium.

The fake Wistful Painting and Scary Painting can both be haunted too - they blink and change their expression respectively. There's also the fake Graceful Painting, which has a creepy shadowy figure appear on the back of its frame.

You can see all of them in the embedded video below (volume warning):

For more on Animal Crossing: New Horizons, check out our lists of all of the fish prices, as well as all of the bug prices.

Or if you're more excited about the new stuff coming to your island, here's how the upgrade to Nook's Cranny happens!