The formula behind Nintendo's Animal Crossing is so potent that not an enormous amount needs to be changed, if anything, for fans to want to play the game. Animal Crossing is also different to most game series' - it's not about beating the baddies and seeing the credits, but just about a leisurely journey through a calm lifestyle. When you get bored, you walk away. Simple.

Despite that, Animal Crossing New Horizons is changing things up in interesting and exciting ways - most of which contribute to a greater sense of progression from the moment you end up finding yourself on a deserted island at the whims of capitalist supremo Tom Nook. 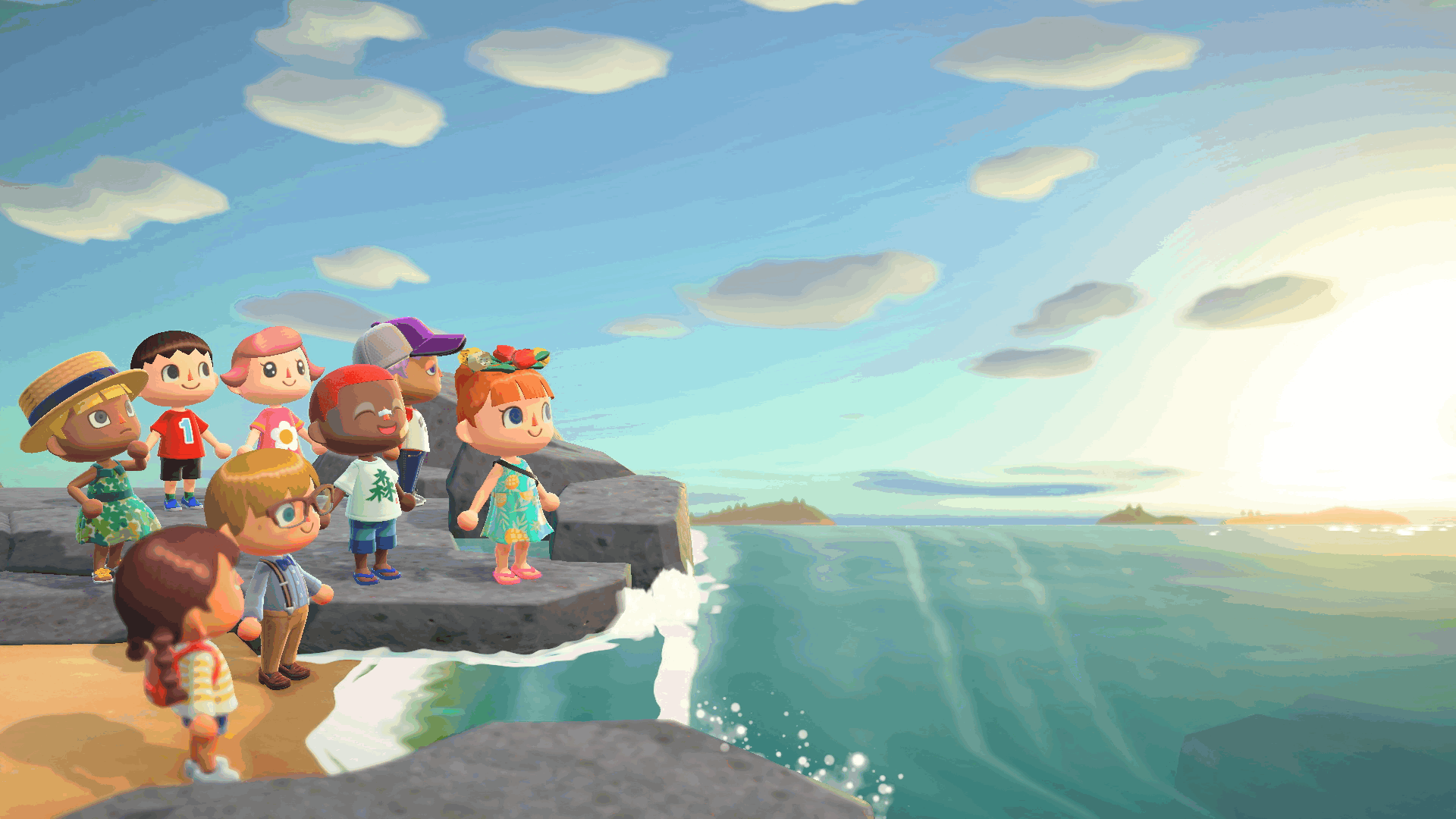 The concept is pretty simple, and ahead of the game's March 20 launch Nintendo took VG247 through a guided hands-on tour of the sort of thing it's difficult to see in the review stage, given that the game is driven by the real-world date and time. The dedication to real-time means that some things are nigh-impossible to see in the review period, as certain elements of the game might take weeks - or even months - to reach and see.

I saw three different world states of New Horizons. The first was the game's opening, where the player simply has a tent and a basic cot as their accommodation while also lacking complete access to every area of their new and untamed island paradise. The middle state revealed the player to have built themselves a full-size, multi-room home - and with that there's also a huge range of equipment, tools and items that among other things afford full access to every area of the island. The final, latest save has seen things grow again - to where the player is now not just a resident but a bonafide island developer, complete with rudimentary terraforming tools to change the very shape of the island.

The progression is clever, and it'll likely do much to keep players coming back to New Horizons for longer than previous Animal Crossing titles. These games were already incredibly addicting, so that's a dangerous - but also welcome - turn. 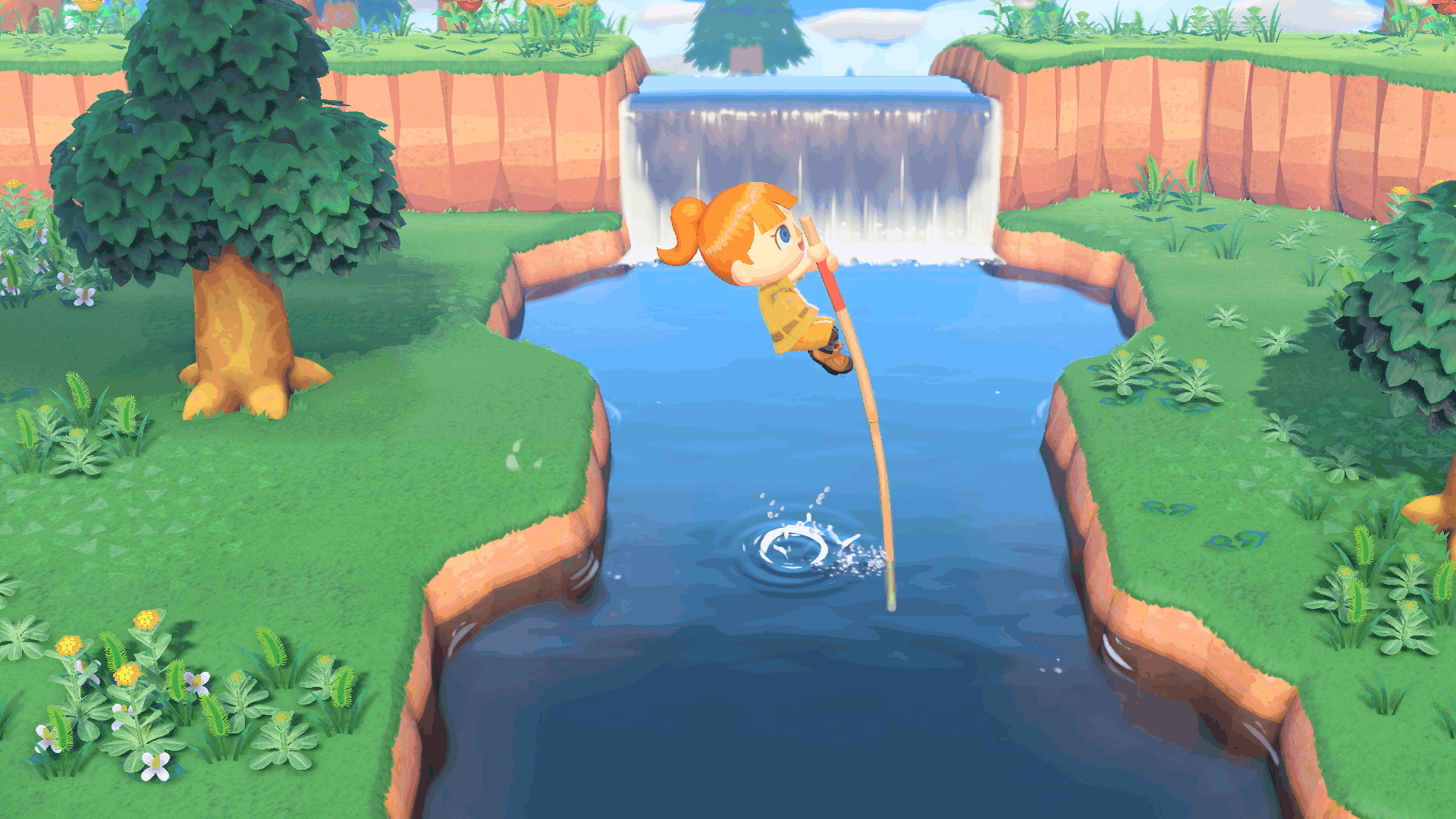 Early on, pieces of island geography like rivers or raised areas will keep you out, limited to only a small area. Pretty quickly you can use the crafting system to create a vaulting pole - and that can then be used to hop across rivers. Later still, you can drop larger amounts of cash to Tom Nook to have the enterprising Raccoon build bridges to truly pedestrianise the island.

Islanders start out in tents but then graduate to houses. Tom Nook has a tent of his own (it's slightly larger, of course), but this soon gives way to a town hall style building (and that brings with it fan favourite and Smash fighter Isabelle), and eventually you'll go from no shop to the return of Nook's Cranny and the Able Sisters', stores series fans will be familiar with.

There's also the museum, which too starts as a tent but eventually becomes a massive, TARDIS-like building, bigger on the inside, made up of multiple areas where your donations - from dinosaur bones to living fish and insects - can be displayed. The sheer size and scope of this area really drives home the overwhelming amount of things to collect in New Horizons, and reaffirms again that this is the biggest and richest Animal Crossing to date.

Hopping from one version of a deserted island paradise to a later iteration of the same island, now much less deserted, drives home how Animal Crossing absolutely does have a point and does have a goal. By the time you're donning a cute little hard hat to change the very shape of the island by creating cliffs and rivers, or obliterating terraforming tools, Animal Crossing New Horizons feels like it's evolved into a new sort of game entirely... though that satisfying loop of collecting things, buying and selling and helping out your animal neighbours remains, and is even emphasized by a very cutely implemented co-op multiplayer mode where a second player can join in as a guest islander to help with busywork.

Basically, this Animal Crossing game isn't just about developing your character's home and standing within your little community - it's far more about developing the island and community itself, too - more than ever before. I like that a lot.

Nintendo could've easily just made another Animal Crossing game that copied exactly from the blueprint of the smash hit 3DS title, New Leaf. It hasn't, however - New Horizons is bigger, better and more ambitious, but none of the charm is lost. It's out later this month, and you can look forward to our full impressions of the final game closer to then.