Animal Crossing: New Horizons director Aya Kyogoku recently said that she wants Animal Crossing players to "be who they want [to be] and enjoy the games how they like."

The statement comes from an interview staged by Spanish website La Vanguardia, where Kyogoku spoke candidly about subjects ranging from capitalism, to Nook loans, to the push for diversity in the Animal Crossing series. When roughly translated from Spanish, the last point is what lands the most.

"Users can now freely change their character's skin tone, which until now had been used to show how tan he was," Kyogoku told La Vanguardia. "For the concept of character genre, players have to choose in order for the game to address the grammatical rules of European languages, but they have complete freedom to change things like hairstyles, [and] fashion, regardless of the genre they choose for their character."

"With these and other changes, we expand the options available to address a wide range of values." 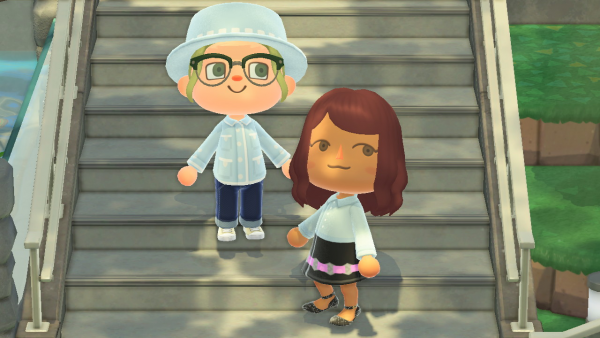 "We always try to take this type of diversity into account, while also collecting feedback from localization teams in other regions," Kyogoku said.

"Although there are many areas in which it is difficult for us to find a solution that makes everyone happy, our goal with Animal Crossing is that, at least, the players can be who they want and enjoy the games how they like."

In related news, Animal Crossing: New Horizons was finally knocked off its perch as the best-selling game on the Nintendo Switch eShop after a run lasting almost three months. In fact, it had already surpassed its lifetime sales goal less than two months after launch.

While you're here, check out the 14 best Animal Crossing villagers to self-isolate with. Also, be sure to read up on how Animal Crossing players are working to improve accessibility for the visually-impaired.