Find a corner to hide in with your lantern. The Amnesia Collection is headed to Xbox One next week.

Update: Frictional Games has posted a revision to Twitter, stating that while Amnesia is headed to Xbox One, it won't be arriving as quickly as Xbox Wire claimed. "More news" is expected by September 7, 2018.

The rumours are true and Amnesia: Collection is coming to Xbox One... but not quite yet. Tune in for more news on the 7th of September - we might have a special treat for you. ? pic.twitter.com/FWm5DRXIHj

Original Story: When Amnesia: The Dark Descent first launched in 2010, it effectively revitalized a dismal survival horror market. It's no surprise the experience eventually made its way to PS4 with the Amnesia Collection. Now Frictional Games is bringing the complete edition to the Xbox One, and surprisingly soon: it will launch on August 31, 2018.

The Amnesia Collection packages Dark Descent, the Justine DLC, and its sequel A Machine for Pigs. Microsoft confirmed the new release via Xbox Wire (thanks Eurogamer), although pricing details were not included.

The original Amnesia follows a young man from 1839 London who wakes up in a castle with no memory of who he is, or how he got there. While exploring the castle, you will find journal entries about your past and the horrible experiments conducted there, but must avoid deadly monsters roaming the halls. Justine and A Machine for Pigs follow new characters within the same universe. 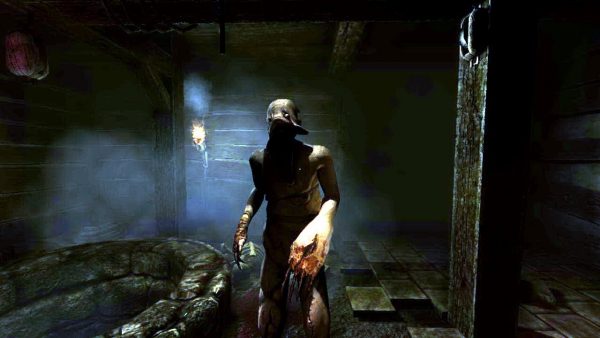 Amnesia's gameplay has been a major influence on the latest horror games, from Outlast to Resident Evil 7. IF you have an Xbox One, this is a good chance to see what the fuss was all about. The question is whether you have the courage to play with the lights off.