Remember the ACM Overhaul mod that fixed the AI in Aliens: Colonial Marines a couple years back? It's back in the news today.

One of the biggest issues with Aliens: Colonial Marines at release was the enemy AI.

It was rather dreadful, and as previously reported, it was fixed by modder TemplarGFXback in 2016.

Now, two years after the mod's initial release, we find the main issue with the AI was caused by a typo.

Yes, it was a typo causing the AI to act rather, well, horrible when it was shipped. Moddb user jamesdickinson963 pointed this out back in October 2017 just after ACM Overhaul V5 - Game, Over, Man! was released.

The typo? The word "teather" instead of "tether". Sounds like something I would pull, being the typo queen and all.

James said it was an easy fix, as the modding team needed only to open up the game's configuration file and delete the offending letter "a" from "tether" (thanks, Ars Technica). 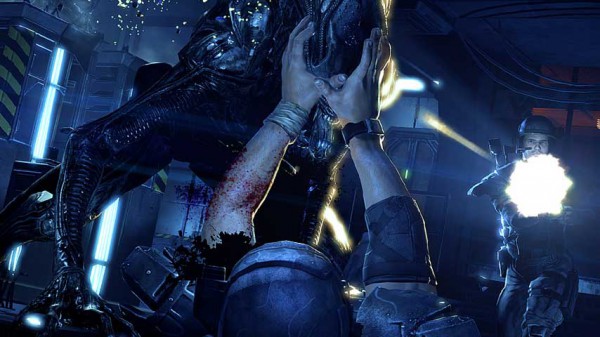 "Why is this line important? There are two reasons, he explained. "AttachXenoToTether doesn't do anything. It's basically empty or stripped. AttachPawnToTether does ALOT. It controls tactical position adjustment, patrolling and target zoning.

"When a Xeno is spawned, it is attached to a zone tether. This zone tells the Xeno what area is its fighting space and where different exits are. In Combat, a Xeno will be forced to switch to a new tether (such as one behind you) so as to flank, or disperse so they aren't so grouped up etcetera."

The AI fix was brought to light again earlier this week on Resetera. User Kraken3dfx made a post stating the 2013 title was on sale for $2.80 through Fanatical.

Kraken3dfx then brought up the ACM Overhaul mod, which in turn brought the typo issue back into the spotlight.

Various theories have been suggested regarding why something as simple (or not so simple - we're not a coder) as a typo was missed before the game shipped. You can look over these theories for yourself through the Resetera thread and the Ars Technica comment section.

You can also refresh your memory regarding the game's development woes, the canned Wii U version, the lawsuit,review scores, finger pointing, and more through the Aliens: Colonial Marines game hub.