In space no one can hear you scream but in West Sussex they sure can. Stace Harman puts on a brave face for the reveal of The Creative Assembly’s multi-format survival-horror title, Alien: Isolation. 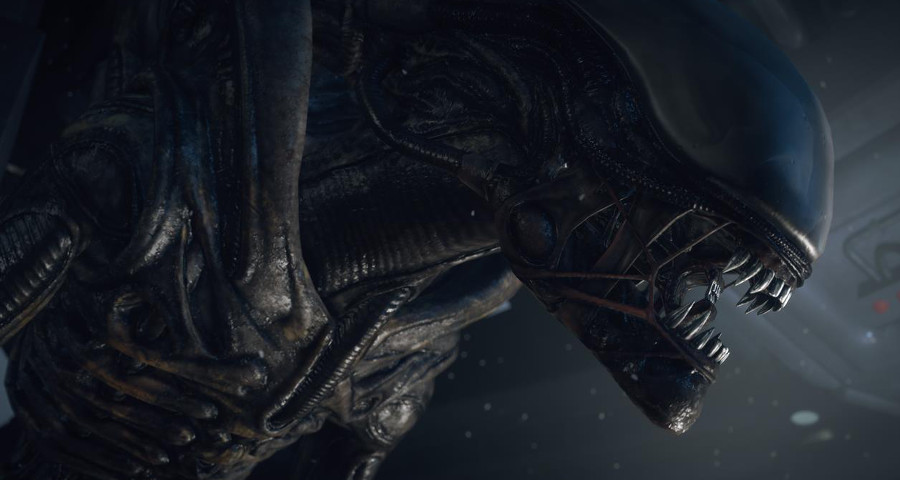 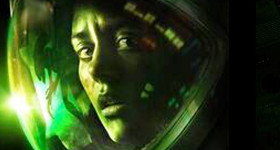 Alien: Isolation casts you in the role of Amanda Ripley, the daughter of Ellen Ripley, who briefly appeared in a deleted scene of James Cameron’s 1986 film, Aliens.

Alien: Isolation is The Creative Assembly’s sixth console title since 2001 and is by far its most ambitious. A bespoke engine has been built for the title and all development work is being done in-house.

A neat trick for the PS4 version sees Creative Assembly make use of both the DualShock 4’s unique features by having the motion tracker sound-effect play through the controller’s speaker and its light flash green.

Shinji Mikami, creator of the Resident Evil series and upcoming survival-horror title The Evil Within, recently commented that it has become harder to scare games players. People have become used to the standard horror tropes, Mikami mused, which have been tried and tested to the point of impotence; the tricks are predictable and we’ve all become too savvy and jaded to be easily moved to terror.

With this in mind, I think Mikami would appreciate the effect that first-person survival-horror Alien: Isolation is having on me. Sat in a darkened room at Creative Assembly’s Sussex HQ, wearing headphones and gripping the controller a little too tightly, I’m well aware that my heart rate is up and my palms are clammy. This is the result of being stalked through darkened corridors by a nine-foot Xenomorph and having nowt but a motion tracker, a torch and the ability to hide and hold my breath as a means of evasion.

It only gets worse as I creep agonisingly slowly towards an airlock and a way out, with Ripley’s ragged breathing loud in my ears. I’m so very nearly there but the steady beep of the motion tracker is increasing in frequency and, acting on foolish impulse and driven by a need to just get away from this thing, I try to make a run for it. Utter madness, you cannot outrun a Xenomorph.

The small, involuntary whimper of despair that escapes Ripley’s lips when she’s ensnared by her pursuer makes me want to physically shiver. Instead, I chuckle nervously, take a sip of water and hunker down for another shot at guiding Amanda Ripley safely past a creature responsible for so many of her mother’s nightmares.

Alien: Isolation is Amanda’s story; a first-person tale of survival horror that takes place on the remote trading port, Sevastopol, that’s in the process of being decommissioned. Amanda, now an employee of Weyland-Yutani, has travelled here with a small crew to retrieve the black-box data recording from the USCSS Nostromo, Ellen Ripley’s former star-freighter. It’s been fifteen years since Ripley senior went missing and, unsurprisingly, Ripley junior has long been anxious for any news of her absent mother.

It’s not clear how a Xenomorph came to be in residence at the dilapidated trading port and while there will be other stranded residents dotted around the station who may be able to shed some light on recent events, they’re not available here. Indeed, the short slice of game play that I’m party to is taken from somewhere close to the middle of the game without any explanatory preamble and being thrown in at the deep end like this undoubtedly adds to the tension and feeling of helplessness.

While it appears that Ripley isn’t going to have access to an arsenal of offensive weapons, she is going to be able to collect tools and crafting materials to fashion items of practical use and those that offer some small means of self defence or diversion. Evidently, you’ll need to pluck up the courage to salvage materials in these pressure situations if you’re to make the most of the systems available. 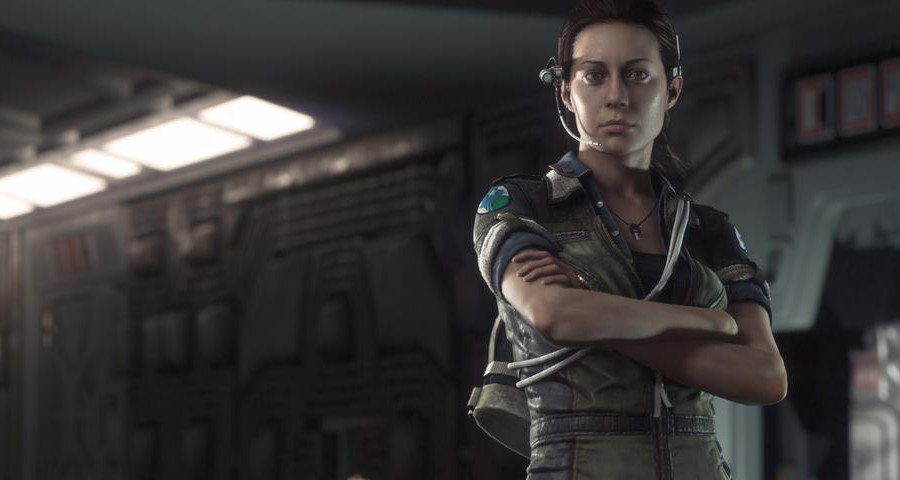 “In these encounter spaces we’ve tried to introduce a risk/reward mechanism in relation to searching,” relays UI lead, John McKellan, before responding to my comment that all I wanted to do was escape, not rifle through boxes. “By the time you reach this point in the game you'll be more aware of your environment and more aware of what else is at play, so you’ll be able to decide whether trying to reach a room is worth the risk or whether you can come at it from another angle.

“That gives players ownership over their experience because someone can play through the game without doing that exploration, but there will be rewards if you’re a bit braver.”

That’s easy for McKellan to say but while there’s likely to be a more gradual build-up to such an encounter in the finished article, the thirty minutes I’ve spent crawling around in the dark gives me a degree of confidence that Creative Assembly is certainly on the right track in terms of tone and atmosphere, something that many recent Alien titles have lacked. By opting for the insidious horror of Alien over the macho gunplay of its action-packed sequel, CA is offering hope to those that have long hoped for a title to do justice to the Alien licence.

Later, during a tour of the studio, it’s encouraging to see numerous references to the original film, taking in concept art, character costume analysis and even an original recording of the soundtrack and audio effects produced 35 years ago. The team at Creative Assembly has a very clear vision for what it is trying to achieve, much of it inspired by Ridley Scott’s 1979 Oscar-winning film. What it’s achieved so far is impressive, even more so for a developer that’s better known for its work on a PC RTS series than first-person multi-format development.

There’s so much more information to be gleaned from future reveals and, frankly, a well-judged, tensely orchestrated 30-minute slice of game play conveys little of the wider context of Alien: Isolation. With that in mind, there’s a degree of doubt that won’t be entirely dismissed until I’ve been able to learn much more about how the crafting system works, to what extent you’ll be able to interact with NPCs, what, if any, weapons might make an appearance and how well-paced and linear the entire experience will be. Sadly for Sega, its shambolic Aliens: Colonial Marines has made us all that bit less trusting of first impressions.

On a brighter note, something that project creative-lead Al Hope says to me right at the end of the day offers some solace and encouragement.

“[In Alien: Isolation] you're always underpowered and you're always the underdog. We want the player not really ever feel too much in control and to be second-guessing what's going to happen next.”

I can get on board with this and so while I’m sceptical, I’m also excited. And scared, of course, but that’s also quite exciting, too.