While we wait on a sequel to Alan Wake, if one even comes to pass, we'll at least have a live-action TV series to hold us over.

An Alan Wake live-action television series is in development and Peter Calloway (Legion) will take on writing and showrunner duties. The game's creator, Remedy Entertainment's Sam Lake, is the executive producer.

"Alan Wake was basically a TV series that was put into a game,” Harlan told Variety. “That was Sam’s vision. It was influenced by The Twilight Zone, Secret Window, Hitchcock, Northern Exposure,a lot of US television.

“We plan to work closely with Sam on our this show. Sam is a huge part of this. This is his baby.”

Specifics regarding the show or tie-ins to the game were not provided, but Harlan said it was important to bring Wake "to where he was" in the games. He also alluded to more characters from the game's universe would play a large part, but the story won't be in “lockstep” with the game.

"I think it’s important to embrace those characters and to bring Alan Wake to where he was [in the video game,]” said Harlan. “We can’t start the show off where he is fully functioning, running through the forest, taking down lumberjacks.

“The story of the original game is our starting point. We’ll be expanding the lore of this crazy and dark universe and diving deeper into certain aspects of it than the game ever did.” 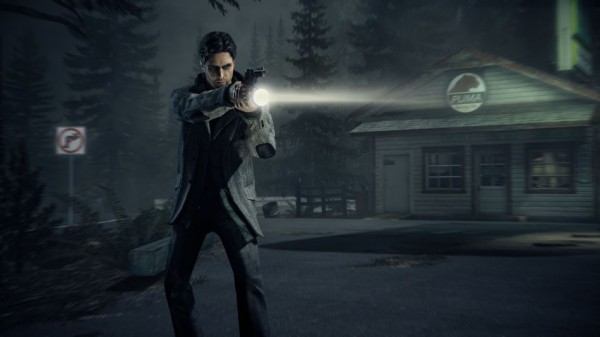 The plan is to also touch upon the story which was planned for the as of yet unreleased Alan Wake 2.

“Not only that, but through the years we’ve worked on multiple game concepts and stories for Alan Wake’s world that have never seen the light of day,” Remedy's Sam Lake added. “All of this material will function as potential source material for the show.”

You can read the full report over on Variety.

Sam Lake has said multiple times over the years the studio was still exploring more possibilities for the Alan Wake franchise. The studio has also said on more than one occasion, it would love to develop Alan Wake 2.  The plan from the IP's onset was to always do more than just one game.

Lake told Eurogamer back in 2010, that plan could include "new mediums or a new game." The TV series announced today, is one such medium it seems.

In 2016 a trademark was filed for Alan Wake’s Return, leading many to hope it was a sequel to the original title.

Turns out, it was for a TV show set within Remedy's live-action Quantum Break series. It featured “live-action mini episodes” starring Wake.