You have until the end of this weekend to grab Alan Wake off the Xbox Store or Steam, because it will be pulled come Monday, May 15. This goes for physical editions of the game too. 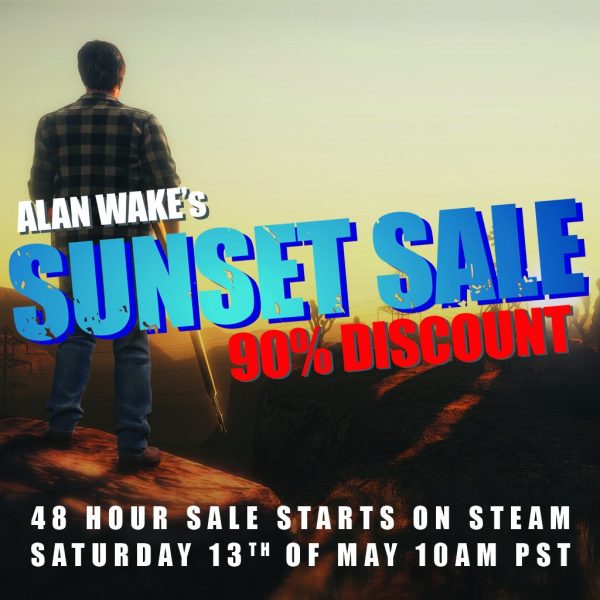 According to a tweet from Remedy Entertainment, Alan Wake will be removed from stores due to expiring music licenses (thanks, PC Gamer). Alan Wake's America Nightmare will remain available.

As an incentive, Remedy has knocked 90% off the game starting tomorrow. Come 10am PT/ 1pm ET, you will see the discount applied on Steam and GOG. The entire Alan Wake Franchise including Alan Wake, all DLC, Alan Wake’s American Nightmare will be on sale.

Of course, if you already own the game it will remain in your library. It will just no longer be offered on store pages.

"The music licenses for Alan Wake are expiring," said Remedy "As a result, the game is going to be taken out of physical and digital retail. Alan Wake’s American Nightmare will stay in retail.

"We are looking into re-licensing the music for Alan Wake, but have no timeframe for this."

Due to Remedy only being able to "control pricing" for Alan Wake on Steam, as of press time, its unclear whether the same offer will apply on the Xbox Store.

The Xbox 360 game is backwards compatible for Xbox One, so if you already own it you're good to go when playing it on the current system.

You can still pick up physical copies of the game at retail for less that the current digital price. Amazon UK has it available for £9.98, and you can buy it used for much less in both the UK and North America.