Mass Effect: Andromeda had better not be Dragon Age: Inquisition in space. 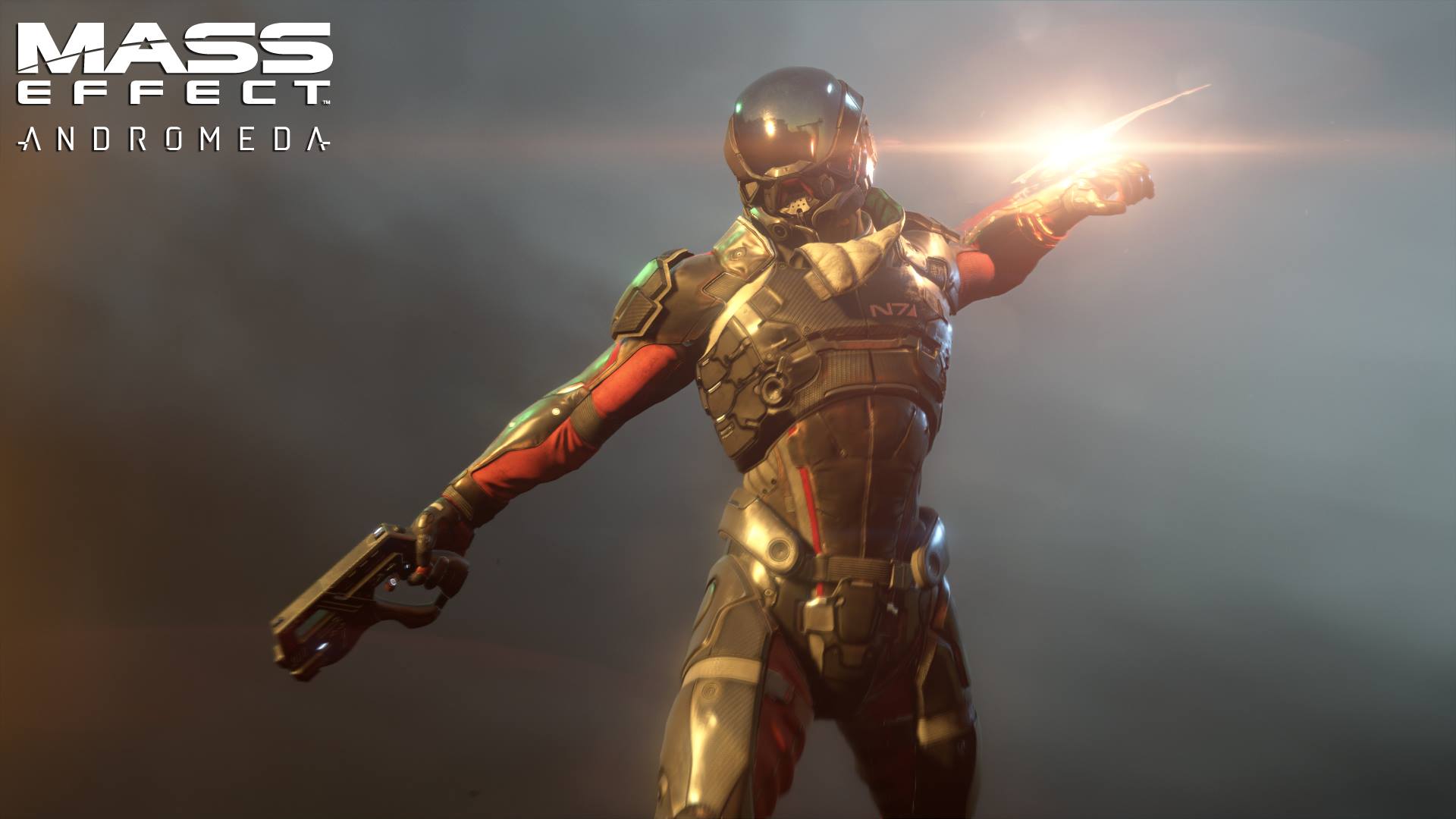 "I'm depressed at the prospect of Mass Effect: Andromeda taking the highly-padded, checklist-style open world route, but those games make bank. The trend has spread right through triple-A action adventure, so that only a few narrative bastions like Naughty Dog are holding strong against it. Is Mass Effect the next to fall?"

If you haven't seen Mass Effect: Andromeda's PS4 Pro demo from the PlayStation Meeting last night, go and watch it now - at the highest resolution you can manage.

It's gorgeous, isn't it. There's some beautiful things going on in there; DICE's Frostbite engine seems to have been made for whatever the heck science fiction space magic is happening in that alien ruin. Devs and graphics snobs are probably sweating and nosebleeding all over the place.

The video was almost certainly planned and recorded to demonstrate the lovely HDR, 4K visuals enabled by the PS4 Pro. That's probably why the character moves slowly and the camera feels environment-focused. It's a couple of minutes of demonstrating amazing lighting and effects, showing off the tech - not the gameplay.

As such, it would be wrong to draw any conclusions about Mass Effect: Andromeda's gameplay based on this snippet designed to make you go "cor how pretty". It really would. I shouldn't do it, and I wouldn't - if it were not for the context.

The context is this: a lot of BioWare fans are wondering whether the new Mass Effect is going to be Dragon Age: Inquisition in space.

We have good reason to think about this possibility; Dragon Age: Inquisition jumped on board a number of increasingly prevalent triple-A trends, and was enormously successful. BioWare said very early on that Mass Effect 4 borrowed systems from Dragon Age: Inquisition, and also that it's very different from what came before. Moreover, what little EA and BioWare have let slip about Mass Effect: Andromeda suggests an emphasis on open world exploration, which was a huge part of what set Inquisition apart from its forebears.

Divisive Mako gameplay aside, open world gameplay has not been a feature of Mass Effect games to date. Until now, Mass Effect games have been third-person cover shooters, and the environments have supported that: they've been linear, and composed largely of crafted shooter arenas. We didn't see anything like that in last night's demo. Everything from the camera to the walk animation (how long till we see one of the classics?) looked a great deal like Dragon Age: Inquisition. The major difference I spotted was the jump, and that did not inspire me; I can't imagine how tiresome that slow jetpack thing is going to be after the 600th bit of platforming.

Although BioWare has said that Mass Effect Andromeda is not like Dragon Age: Inquisition, it's difficult to feel reassured now. The change of development team, time period and protagonist is already about as much as our adjustment disorders can handle.

So what's wrong with Inquisition in space?

Dragon Age: Inquisition was a success - selling strongly, drawing good reviews and winning multiple awards. Would a science-fiction version be so bad?

Maybe it wouldn't, but it also wouldn't be the Mass Effect I know and love. Mass Effect is a narrative-driven third-person cover shooter. Mako driving aside, it is not collecting 50 herbs so I can make a new set of armour, and I would personally really like that not to change.

I loved Dragon Age: Inquisition's plot and characters, but I felt the gameplay was rubbish. The combat, character customisation, resource gathering and crafting never quite came together to make me feel that beautiful strategic high I got from my favourite RPGS, including Dragon Age: Origins, but more importantly, so much of the game felt like filler and padding.

To a greater degree than rivals like The Witcher 3: Wild Hunt, the vast majority of side quests were humdrum affairs right out of the generic MMO and open world schools of kill six of these, fetch 20 of those. They felt like they existed to justify the enormous not-quite environments which the main story never really made use of; there are whole, gorgeous areas you never have to visit to finish the game or even major side quests. Don't even get me started on those collectibles, which combined with rubbish platforming to make filling out the quest journal feel like a chore rather than a joy.

I put hundreds of hours into it across multiple playthroughs - exploring the story, nailing down my "master" save for import to Dragon Age 4 via the Keep, and yes, ticking of all those damn collections in order to Get All The Things. I suspect BioWare, receiving metrics from my console, would look at my playtime and judge Inquisition a grand success - but that fails to account for the 50% of that playtime I spent actively resenting the game putting yet another laborious fetch quest or repetitive combat encounter between me and the next cutscene.

Look, I play a lot of games in this job, and so my fatigue with open worlds and unnecessarily padded, hundreds-of-hours games is naturally deeper than your average consumer who doesn't have to fit dozens of triple-A blockbusters into their schedule every year (yes yes I know, you're not sympathetic at all). But I stand by my opinion here: Dragon Age: Inquisition doesn't respect the player's time. You come for the loveable party members and tentacular plot (aiiieeeeee have you cats played Trespasser, let's freak out together, ahhhhh), and suffer through the rest of it because it's the price that must be paid to get at that sweet BioWare content.

I'm depressed at the prospect of Mass Effect: Andromeda taking the highly-padded, checklist-style open world route, but those games make bank. Hundreds of hours of meaningless open world activities is a selling point because lots of people genuinely love it (see also No Man's Sky). The trend has spread right through triple-A action adventure, so that only a few narrative bastions like Naughty Dog are holding strong against it. Is Mass Effect the next to fall?

Oh hell, I'll buy it anyway; it's not like chore-filled gameplay is going to keep me from Asari make outs. But November 7 really can't come soon enough. Show us what you've got, BioWare. Show us Mass Effect: Andromeda is what we're waiting for.