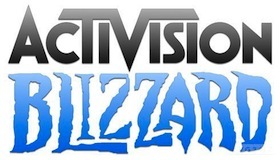 Digital sales accounted for 57% of all revenues at $427 million.

Collectively, Call of Duty map packs are the third best selling software of 2011.

World of Warcraft subscriptions down. "Hardcore" content update this week.

In its third quarter financial release today, Activision Blizzard reported net GAAP earnings of $754 million for the quarter ending September 30, a small jump on the $745 million of the same period in 2010 and a better than expected result.

On the back of third quarter results, both earnings per share and operating margins over the last nine months are the best in the company's history.

Adjusted outlook for Q4 expects profits of $980 million, and $4.33 billion for CY 2011 - a result which would shatter another record, becoming the company's most successful year ever.

As such, CEO Bobby Kotick called 2011 "a year of many records" both made and to come, and highlighted the company's optimistic outlook, which predicts further new records in 2012 on the strength of another Call of Duty and Diablo III.

"We remain the largest and most profitable interactive entertainment company," Kotick noted, because of Activision's "collaborative corporate culture" and "focus on long term objectives".

Eric Hirshberg gave a glowing account of the state of the industry, highlighting the "largest install base ever" of current generation HD consoles, which he says accounts for a larger share of the market than ever before.

A recurring theme through the call was the success of Activision's long term strategies, in particular narrowing its focus to "must have" franchises, and focusing on online channels.

Digital Love
The publisher made much of its digital revenue streams, with good reason; at $427 million, digital sales accounted for 57% of total net revenues.

Since January, Activision Blizzard has noted 25% growth in digital revenues, and at $1.28 billion, the digital stream is up 16% year on year and accounts for 38% of revenues year to date.

He said Activision "continues to allocate the vast majority of internal investment" in digital revenue generators, and has "the most robust pipeline" of online enabled properties in the industry.

A Chinese release of Call of Duty, Bungie's new project, and Diablo 3 were highlighted as upcoming digital revenue highlights. Throughout the call several references were made to casual, social and mobile channels, but no specific examples were given.

Skylanders
Before launching into discussion of its behemoth, Activision took the time to highlight Skylanders: Spyro's Adventures, which has performed "ahead of our expectations", according to Kotick, and drew "stronger than expected consumer response".

Both the starter pack and individual toys are selling faster than expected; Hirschberg said some of the 30 toys are becoming quite rare, and fetch up to $70 on eBay.

"Literally all of our major retail partners over all territories have already placed reorders," he noted, and mentioned the game's inclusion on multiple influential holiday toy lists.

Hirshberg said Activision is backing the game with its "largest marketing campaign ever for a new property" including a 3D trailer at major holiday kids' movies, and powered kiosks at retailers.

The game has achieved an 87 average on Gamerankings.

The Juggernauts
Activision Blizzard confirmed a widely-held belief in revealing that Call of Duty: Black Ops was the best-selling title across all platforms in the US and Europe for the first three quarters of 2011. The publisher didn't supply numbers, but Ubisoft did - Black Ops has moved 15 million units, about three times as many as its closest competitor, Just Dance 2.

Hirshberg noted that over 20 million Call of Duty map packs have been sold, and that taken collectively, Call of Duty map packs are the third best selling title of 2011 so far. The latest Black Ops map pack, which marked the first time Activision had released a fourth pack for a single title, also performed strongly, which Hirshberg takes as proof that Call of Duty is a "year round" activity.

While not making direct reference to Battlefield 3, Hirshberg did say that "before during and since competitor's launches", Black Ops remained the most played title on Xbox Live, with Modern Warfare 2 in second place.

Celebrating Modern Warfare 3's launch, Kotick described it as "the biggest in Activision's history". Hirshberg revealed the game drew at least 1.5 million attendees at midnight events at over 13,000 participating retailers - the best in industry history.

Hirshberg said the attach rate of Call of Duty: Elite premium subscription pre-orders to Modern Warfare 3 pre-orders were strong enough that Activision expects to hit 1 million premium subscriptions in under a year. Demand for the service has "exceeded most optimistic expectations" resulting in registration bottlenecks - but Hirshberg quickly assured listeners that this has "no impact" on gamers' ability to play Modern Warfare 3.

Hirshberg said the game has received 11 perfect scores at review so far, and mentioned its 90 average Metacritic and Gamerankings result.

World of Warcraft
Blizzard boss Mike Morhaime opened his section of the call by admitting that Blizzard's quarterly earnings were down year on year, but pointed out that Starcraft II launched in Q3 2010, while Blizzard made no launches this year. World of Warcraft was one of the top ten PC games in the US and Europe during Q3.

Asked about subscriber retention levels leading up to the release of Mists of Pandaria, Morhaime repeated Bllizzard's usual line about not making predictions, but did say elsewhere that Blizzard had learned its lesson from Cataclysm.

Morhaime said the player-spike caused by Cataclysm fell off much faster than Wrath of the Lich King's, and put the blame partly on hardcore end-content, with little appeal for casual players. Mists of Pandaria's pet battle system was highlighted as a casual-friendly feature, but Morhaime was quick to add that the hardcore will be catered to with a new focus on PvP and the Horde vs Alliance storyline. Blizzard seems happy with the new expansion's reception, commenting that the trailer has drawn over 3 million YouTube views.

Ahead of Pandaria, Morhaime said a new update for World of Warcraft is in testing, and will go live "over the next week". The update is content-driven, and conatins the "biggest and best raid content ever", including a Deathwing encounter. A new Raid Finder feature will help casual players get in on the new content.

On the game's future, Morhaime said the team is "looking forward to" World of Warcraft's Brazilian launch, and said Blizzard has "other aggressive marketing plans" in addition to the Online Pass, but is not ready to share details.

The storm
Responding to agressive investor questions, Morhaime heavily underlined the fact that Blizzard's lack of releases during 2011 is an important factor in considering its financial performance. He reiterated Blizzard's strong pipeline of upcoming releases and the buzz each new title generated at Blizzcon.

Starcraft II was the best selling PC game in US and Europe for the past nine months, and Morhaime noted strong buzz around the upcoming Heart of the Swarm release, including more than 1 million views on its Blizzcon trailer. On the Blizzard DOTA side, testing continues, and the company is "currently exploring" what kind of business model to pursue.

Blizzard plans on two major releases during 2012, one of which is Diablo III; still no lock down on launch window beyond "early 2012", but Blizzard is soon to begin testing he game's real-money auction house system.