Batman: Arkham City is a true Game of the Year contender, says Johnny Cullen. He explains why you should have a copy of the Rocksteady-made opus as it launches in the UK today. 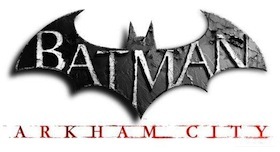 Published by Square Enix last time round; Warner's publishing AC, having bought a majority share in developer Rocksteady in 2010.

The full game weighs in at around 40 hours.

Joker and Harley Quinn return, with a whole range of other villains too: Penguin, Two-Face, Mr. Freeze, Riddler and even Calendar Man.

If you asked me around May what my Game of the Year was potentially going to be, only a few games would have been on my mind - neither of them Batman-related. Don't get me wrong; it's not because Arkham City looked poor; quite the contrary, actually, in that I'd always be interested in it after Arkham Asylum.

Even with all of the success AA had back in 2009, I didn't think of it as a contender among the games I was truly excited for this year, like Portal 2, LA Noire or Uncharted 3.

From what I've played so far, I was wrong to write it off. Very much so. Rocksteady's gone above and beyond Arkham Asylum with AC, creating an open-world full of intrigue, curiosity and action.

The story - small spoilers, nothing serious

Let's catch you up a bit on the story side. I won't go into too much detail because of spoilers, but Arkham Asylum and Blackgate Penitentiary are no longer in a fit state to hold prisoners. Former Arkham warden and now-mayor of Gotham City, Quincy Sharp, has sealed of part of the town itself as a prison, naming it Arkham City.

Hugo Strange has been placed in charge, and is holding some of Gotham's biggest criminals: Penguin, Two-Face, Mr. Freeze, Joker and Harley Quinn.

Giving away how Batman ends up in Arkham City would be a big spoiler, so I won't. The opening section itself depends on whether or not you've installed the Catwoman content. If you have, you'll get the mission featuring her and Two-Face's thugs shown earlier this year, before explaining how Batman got into Arkham. If you haven't installed it, it'll skip to Batman.

While you won't need Catwoman to play, her content is definitely not out of place. I've only been able to play two missions so far with Catwoman - it's probably best you install the content for a new save, not halfway through like I did - but I've enjoyed what I've seen.

The attention to detail is a big talking point. At certain points, you'll notice that territories belong to villains through their trademarks; there's a steel mill within Arkham City that's been turned into a fairground-themed site by Joker, and you'll need to approach Arkham's coldest point to find Mr. Freeze early on.

The rest I'm not giving away due to spoilers, but you'll see what I mean early in the game. And everywhere, there are criminals talking among Arkham's streets that let you know which gang they belong to: Joker, Two-Face, Penguin, and so on.

Another terrific detail is Batman's suit. Clean and pristine at the beginning, it roughens through play; the Bat logo smears, and rips appear. You're going to see a broken and bruised Bat in AC.

Speaking of bruised, the combat system, which I thoroughly enjoyed in Arkham Asylum, feels tighter than before.

It's hard to describe in detail Batman: Arkham City in 1,000 words. I'm only just approaching half-done in the story and 13% overall. I've barely touched the side missions, did the available Catwoman missions, picked up a handful of the Riddler's trophies and only done one challenge map so far.

I've only started to scratch the surface, but even at this stage it's obvious Rocksteady has delivered an action game that'll rank among the best in the genre. The main star is the depth and breath of Arkham City itself; you can easily see the scope of what's been achieved.

When Arkham Asylum won the Best Game award at the BAFTAs last year, a category that was expected to be won by Uncharted 2, it shocked many. This time round, don't be surprised if Rocksteady picks up the main gong again. Or a Spike VGA in December. Or multiple other GOTY awards.

From what I've played so far, it deserves them.

Batman: Arkham City is out now on PS3 and 360. It launches on November 18 for PC in the UK. A Wii U version is also in the works.