Reports from multiple users suggest the 3DS is suffering from a recurring crash issue, across multiple titles.

Posts on NeoGaf, AVForums, and DigitalSpy are reporting instances of the freshly-christened "black screen of death" error requiring a hard reset of the system.

Some users have found the issue is resolved by the reset suggested on-screen, while others have reformatted their SD cards to FAT-32 format and eliminated the problem.

Others have had less luck resolving ongoing crashes, and have resorted to returning the console to the retailer for replacement.

We've reached out to Nintendo for official comment and more information. 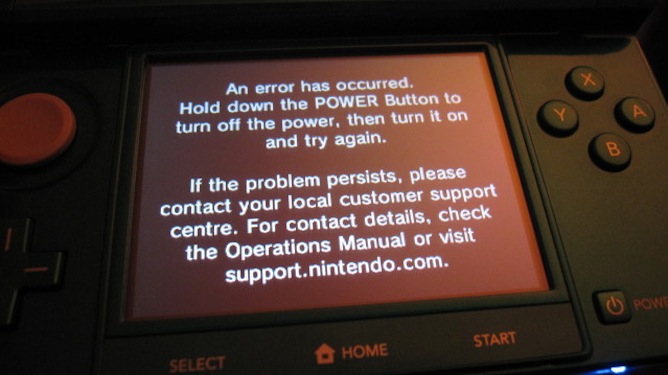