She’s a sword user with Cryo as her element and has the potential to deal significant amounts of damage with the right build. Leveling her and her talents revolves around engaging with Inazuma’s new bosses and gathering new field items, so you’ll want to have the right build for the Homeward Heron.

Ayaka’s banner will last roughly three weeks before it’s replaced by a new one in mid-August that will feature Yoimiya.

These rumors should be treated with some skepticism until miHoYo announces official banner details.

These are Ayaka’s skills and specials. 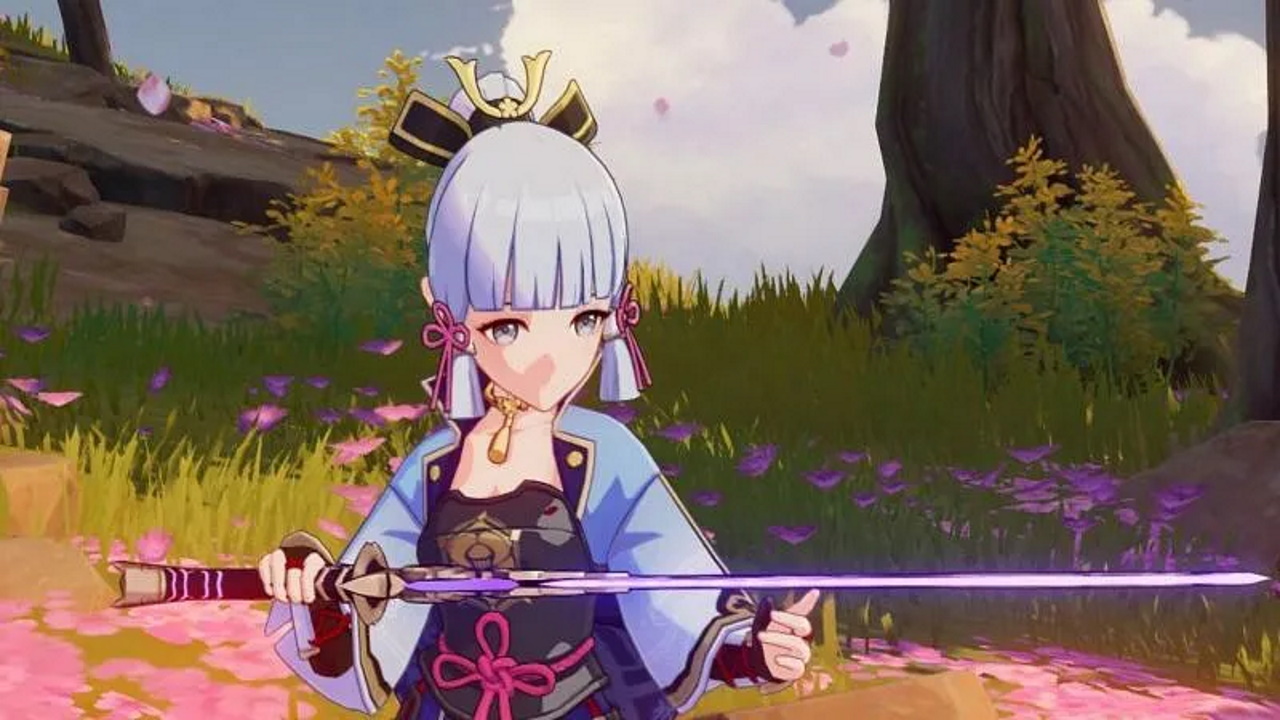 Ayaka’s Talent materials and level-up materials are almost all brand-new items, except the usual Shivada-series items. Here’s what to keep an eye out for.

For her Talent materials, you’ll be farming the new Elegance series of items and using more Handguard items.

Ayaka revolves around dealing Cryo damage. However, she has low energy regeneration. The ideal build will take both points into consideration to maximize on her strengths.

The new Mistsplitter Reforged sword is likely intended as Ayaka’s ideal weapon. It boasts high damage, an increase to the user’s critical hit rate, and increases to Elemental damage under certain conditions.

If you’re unlucky with weapon Wishes, the forge-able Prototype Rancour is a suitable alternative.

Blizzard Strayer is a natural fit for Ayaka’s Skill and Burst. The two-piece bonus increases Cryo damage by 15%. The four-piece bonus raises Ayaka’s critical rate by 20% if an opponent is inflicted with Cryo and an additional 20% if that opponent is frozen.

The new five-star set Emblem of Severed Fate is another good choice. Its two-piece bonus increases Energy recharge by 20%, making it a good complement for Blizzard Strayer.

If you aren’t quite ready to take on Inazuma yet, read up on the best ways to increase your Adventure Rank fast.

Is Ayaka worth pulling?

Genshin Impact has Cryo characters aplenty, but Ayaka is worth pulling for a few reasons. Her base attack matches Eula’s, but Ayaka moves faster and has an AoE Burst that doesn’t rely on damage dealt for its attack power. Her Alternate Sprint will likely come in handy during Inazuma exploration as well.

Still, if you have Mona and one or two Cryo characters already, you might want to save your Primogems for Yoimiya’s banner.